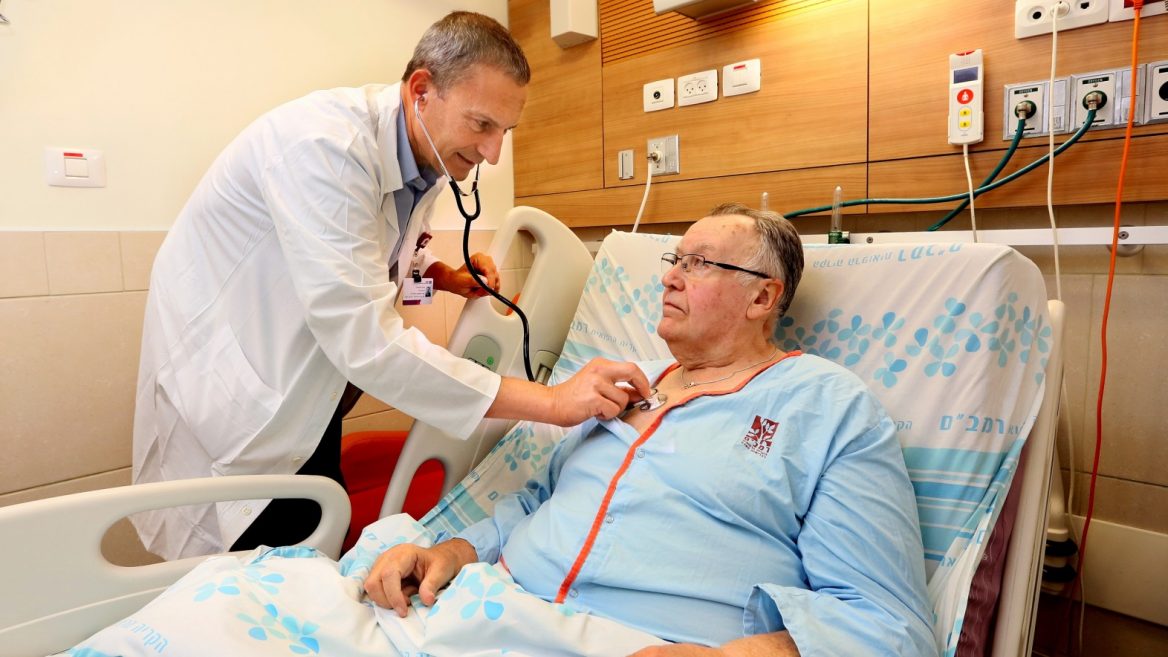 A 72-year old Canadian man has become the world’s first recipient of an Israeli-developed implant to treat diastolic heart failure – a fairly common condition for which there is no effective long-term treatment.

The minimally invasive surgery was performed on July 26th at Rambam Health Care Campus, a medical center in Haifa, by a multidisciplinary team led by cardiologists Gil Bolotin, director of cardiac surgery, and Arthur Kerner, senior physician in the Interventional Cardiology Unit.

The implant, called CORolla, was developed by Israeli startup CorAssist Cardiovascular of Haifa. The elastic device is implanted inside the left ventricle of the heart and can improve cardiac diastolic function by applying direct expansion force on the ventricle wall to help the heart fill with blood.

The CorAssist technology was invented by Dr. Yair Feld, a Rambam cardiologist, with doctors Yotam Reisner and Shay Dubi.

The patient, Robert MacLachlan, explained that he had run out of treatment options in Canada for his diastolic heart failure. His wife had read about the CORolla implant on the Internet and contacted Dr. Karen Bitton Worms, head of research in the department of cardiac surgery at Rambam. MacLachlan’s cardiologist encouraged him to apply to have the experimental procedure in Israel.

Bolotin said that while many potential applicants were interested in the procedure, no one wanted to be first until MacLachlan came along.

“I am proud that Rambam offers treatments to patients not available anywhere else in the world,” commented Dr. Rafi Beyar, director and CEO of Rambam.

The hospital did not comment on the condition of the patient, but in a video released a month after the procedure MacLachlan said he already feels better and has noticed that his skin color looks healthy for the first time in a long time.

The Israel Ministry of Health has authorized up to 10 clinical trials at Rambam to test the efficacy of cardiac catheterization for placement of the CORolla implant.

The potential market for the device is large. It is estimated that more than 23 million people worldwide suffer from heart failure, a condition in which the heart fails to pump sufficient oxygenated blood to meet the body’s needs.

Approximately half of heart failure patients suffer from diastolic heart failure, in which the left ventricle fails to relax and adequately refill with blood, resulting in a high filling pressure, congestion and shortness of breath. This is the condition for which the CORolla device was invented.