Gardens growing on your patio or deck can get a facelift this year with a new planter from Israel that just won a prestigious design award. The Greenbo concept might seem trivial, admits Liron Golan, the company’s marketing and sales consultant, but so did the zipper when it was first invented.

The colorful, strong Greenbo planter can be attached to an array of perimeter areas in your home or apartment, from the white picket fence to the wide patio railing. It can even work in interiors. To date, around 250,000 units have been sold at about $25 apiece.

So excited is the design world by this Israeli invention that on July 2 Greenbo became the second Israeli company ever to win a Red Dot Award, the design industry’s Oscar equivalent (the first was plastics manufacturer Keter). Golan tells ISRAEL21c that other winners included Apple and Mercedes Benz – “not just the big fish; they are the whales,” as he puts it.

Golan’s wife, Maya, is co-founder of the four-year-old company, along with Roy Joulus, his good friend from the high-tech world,. The company is based in Petah Tikvah, and the products are manufactured nearby in Caesarea. Joulus’ father works for the company as well, so it’s more like a “startup family company,” says Golan.

Golan explains how the company idea began: “Roy studied design, and later he and I worked together in the high-tech industry. He had this fantastic idea about putting a planter over a railing to save balcony space. His idea came to him when was living in Tel Aviv in a crowded and urban environment where every bit of floor space matters.” 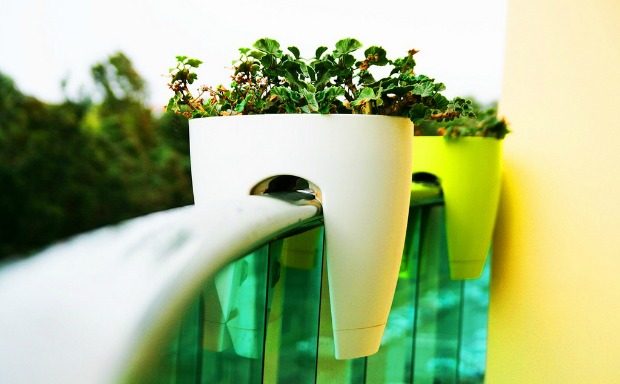 The planters are currently on sale in select locations on three continents. In the United States, Home Depot carries them in its New York-area stores and online, plus a distributor is helping Greenbo reach specialty garden centers on the East Coast. A deal for West Coast retailers should make them available there in the fall. In Europe, the planters can be purchased at Carrefour stores.

The plan is to keep Greenbo a blue-and-white company that will maintain its manufacturing in Israel while exporting abroad. About 75 percent of all planters sold so far have gone to the export market, with the remaining 30% bringing some new color to Tel Aviv, otherwise known as the White City.

Vertical gardens and patio gardens are becoming especially popular now among environmentally conscious consumers, who are attempting to reduce their food’s travel miles by planting more herbs and vegetables at home.

The Greenbo planter, though not made from recycled materials, provides a pretty and functional alternative to the terracotta or green plastic plant pots that take up valuable space on small patios.

How does your garden Greenbo?

“Window boxes don’t have enough soil and the most problematic part of them is the metal hangers that rust and scratch your railing,” says Golan. “This is what we wanted to create an alternative for. That’s the ‘How come nobody thought of that before?’ idea.” 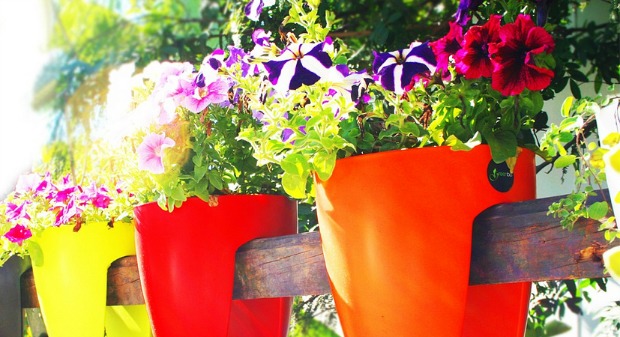 At 30 centimeters (11.8 inches) deep, the pots can hold longer-rooted vegetables like tomatoes. A gravity-based system holds the planter in place, and an additional fixture can be fastened on to make sure the planter will never fly away.

A special tray locks in the bottom to ensure that excess water and soil won’t leak onto your patio, or your neighbor’s.

For investors keen on funding the next “zipper,” Greenbo is looking for an additional $3 million to $5 million in capital. “We are always looking for investment, especially in the US,” says Golan.