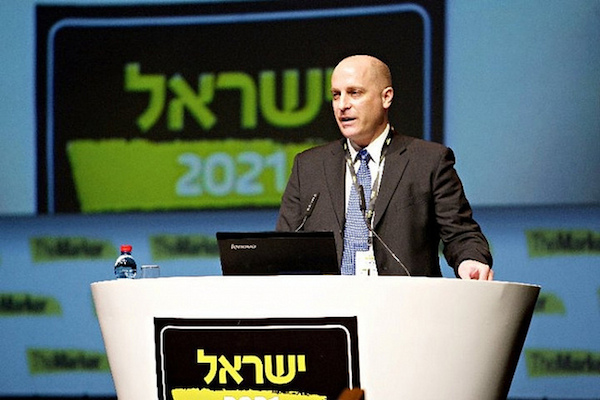 Grinstein is a sought-after speaker at conferences on Israel’s future.

Gidi Grinstein not only researches and educates about the paradoxes inherent to the Jewish people; he appears to embody them. Indeed, the founding president of the Reut Institute – a Tel Aviv-based nonprofit strategy group focused on Zionism in the 21st century – is a secular Israeli with a religiously observant wife. Two of the couple’s three adult sons are religious, and their two daughters attend a national-religious school.

According to Grinstein, the marriage between tradition and innovation, old and new, rigidity and flexibility is not only manageable but crucial to Jewish survival.

“Five hundred years from now, Jews will still be observing Shabbat – maybe even in outer space — and will still be discussing the precarious future of the Jewish people,” he predicts.

Grinstein the optimist has no doubt that the Jews will continue to be alive and kicking for centuries to come. Grinstein the pessimist is concerned that the “societal DNA unique to Jews, which has ensured their resilience and prosperity,” is undergoing a dangerous mutation in Israel and the United States. This, he says, “is the great paradox of our time — of Jewish power on the one hand, and vulnerability on the other.”

In an interview with ISRAEL21c upon the publication of his new book, Flexigidity: The Secret of Jewish Adaptability and the Challenge and Opportunity Facing Israel, Grinstein discusses this seeming contradiction in terms.

Providing an overview of the issues that led to his establishing the Reut Institute nearly a decade ago, he explains the impetus behind his spending the past three and a half years writing the book.

Grinstein, 43, coordinated Israel’s negotiations with the Palestinians while serving in the office of Prime Minister Ehud Barak from 1999-2001.

During his last months on the job, he worked in the “aquarium” – the inner space where Israel’s prime minister operates. There he got a close look at high-level decision-making.

“I witnessed the government’s extreme weakness when it came to dealing with the complex challenges facing Israeli society and the state,” says Grinstein. “A whole language was created to launder what actually goes on in the government.”

For example, he says, when the public is told that the government is “deliberating” on an issue, “We think this means that ministers and committees and experts are sitting down to get to the root of a challenge and address it. But the reality is far different, based on political, short-term and sectorial concerns.”

This discrepancy, he claims, was not specific to the Barak-led government. “There is a systemic problem deriving from the gap between the complexity of the emerging challenges facing the country and the weakness of the tools of governance to meet those challenges.”

Grinstein concluded that tackling this problem “would have to come from the outside,” and after a year at Harvard University’s Kennedy School of Government, he set out to create an “outside” body for this task. 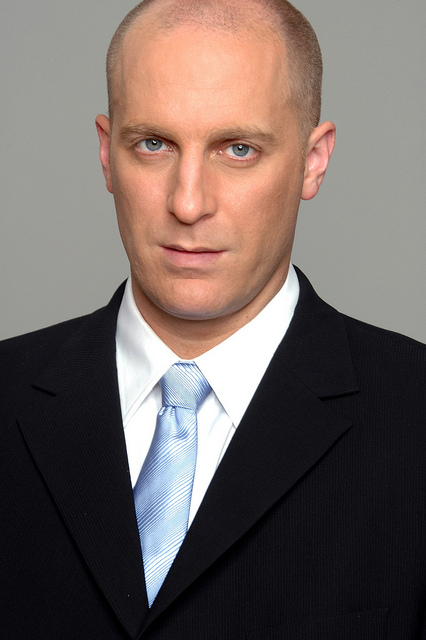 Since then, input from Reut (“Vision”) is regularly sought by government officials and the media. The public is generally not aware of the role Reut has played.

“We were the first body to understand that the delegitimization of Israel was not merely a bunch of separate incidents, but a systemic campaign against Israel’s political model,” Grinstein says. It took time for the establishment to agree, but in 2011, Prime Minister Benjamin Netanyahu called delegitimization “one of the three central threats to Israel’s national security.”

The baby and the bathwater

Through Reut and now his book, Grinstein has been challenging Israel’s leaders to examine whether Israel is serving its mission and to point out ways in which it has transformed the situation of Jews. Ultimately, he says, “Israel lies on the historical trajectory of the Jewish people, and thus has to be looked at in the context of the Jewish people, past, present and future.”

Grinstein points out that the Israeli government tends to assess the condition of the state in security, military and economic terms, while “the real reason that Israel came into existence,” he argues, “was to guarantee the security, continuity and prosperity of the Jewish people.”

Grinstein says that the four founding stories on which Judaism is based are ever present in Jewish life and society: faith and covenant, peoplehood, nationhood and serving as a “light unto the nations.”

“As long as we were dispersed in the Diaspora, one of these stories was not being lived,” he explains. “The return of the Jewish people to its homeland rectified a 1,900-year historical distortion. But, as the state of Israel has developed, much ignorance and a condescending attitude towards the Diaspora have emerged.”

At some point, Grinstein asserts, “Zionism began to pour the baby out with the bathwater.”

One key element of Diaspora Jewry that Israelis have abandoned “to their great detriment,” according to Grinstein, is the community structure – the traditional foundation of Jewish life. Such a network of communities did exist in Israel until the 1950s, but was subsequently nationalized by a large government, and then privatized in the mid-1980s.

“The greatest art of the Jewish people is what [economist] Eric Beinhocker calls ‘societal innovation.’ We are the world’s leaders in this, and it is what Zionism had from 1880 to 1948, when, for example, more than 30 categories of settlements were created. Now, a good portion of that creative energy has shifted to technological startups.”

And Grinstein believes that technological innovation benefits far fewer people than societal innovation. “It creates social gaps,” he says, adding that “Israel has gone from being one of the most egalitarian countries in the world to one of the least.”

He continues with a paradox and an appeal.

“Jews have never been so prosperous and rarely so vulnerable,” he says. “As Israel becomes the home for the majority of Jews in the world, it must assume responsibility for the collective wellbeing of the entire Jewish people.”

That will happen, he concludes, “top-down through acts of government, and bottom-up through the countless actions of many ‘flexgid’ leaders, who will take a broad view of Jewish society and history.”