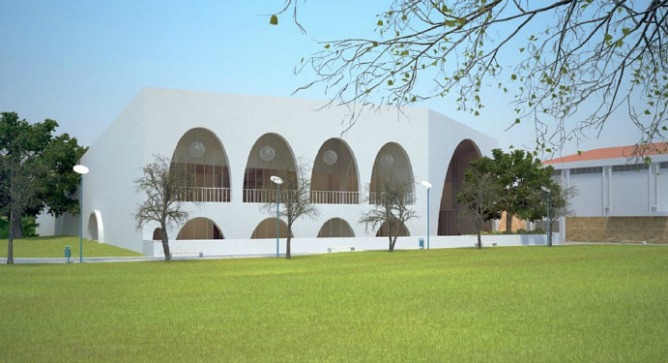 The Sderot Medical Rehabilitation Center is expected to open in two years.

Much has been written about the physical and emotional trauma suffered in the Israeli city of Sderot and environs, due to a decade of missile attacks from the nearby Gaza Strip.

But few people know that Sderot’s 24,000 residents have no local hospital or rehabilitation facility. On January 11, ground was broken for the Sderot Medical Rehabilitation Center, expected to open in about two years.

The proposed 2,500-square-meter, NIS 37.3 million (about $10 million) outpatient center is the brainchild of Israel Prize laureate Rabbi Avraham Elimelech Firer, founder and chairman of the Ezra Le’Marpeh organization. Patients will not be charged any fees.

“Rabbi Firer’s philosophy is that everything is provided free. If you can pay, you pay,” says Elie Lederman of Ra’anana, an Australian-born entrepreneur and longtime volunteer and supporter of Ezra Le’Marpeh.

Though he is not a physician, over the past 30 years Firer has earned the respect of Israel’s medical and academic community for the free diagnostics and international medical referrals that are the cornerstone of Ezra Le’Marpeh, as well as other services the organization provides: lending medical equipment, free ambulance service, home care for children with cancer, extracurricular activities for disabled children and more. 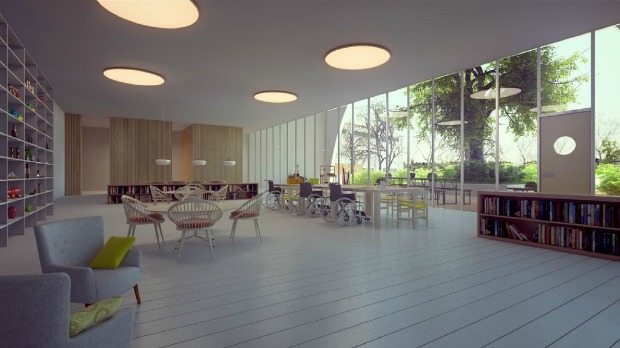 This activity center will be part of the comprehensive rehab services.

The staff will include trainers and health instructors, a dietician, nurses, physicians and alternative medicine practitioners. Video conferencing for consultations with Firer and medical professionals around the globe, equipment loans and a free ambulance service will also be offered.

A vital project for the people of Israel

Lederman tells ISRAEL21c that Firer looks for ways to fill gaps in Israel’s medical system. In this case, the issue is that many patients require more and longer-term rehabilitative services than are provided by national health insurance.

About 2,000 teens and adults from Sderot and surrounding towns are expected to utilize the day center every month for help in recovering from physical injury or post-traumatic stress disorder (PTSD). NATAL: The Israel Trauma Center for Victims of Terror and War estimates that about a third of the adult population of Sderot alone suffers PTSD, three times higher than the national average.

NATAL is supporting the project along with the National Insurance Institute’s Fund of Services for the Disabled, the Merage Foundation for the Development of the Negev and the Claims Conference.

A third of the necessary funds are already in place for the center through Israeli business leaders and philanthropists making up Friends of Ezra Le’Marpeh. “The 150,000 people who come into contact with the organization every year simply want to say thank you,” Lederman explains, stressing that Ezra Le’Marpeh serves all Israeli populations irrespective of religion, race or creed.

To allow overseas communities to participate in raising the additional $7 million needed to complete the new rehab center, Lederman initiated a recent trip to Hong Kong and Australia with Firer and IDC-Herzliya Prof. Uzi Arad, a prominent figure in the Israeli security establishment. Arad’s message, says Lederman, was that the Sderot center demonstrates to the residents of Israel’s southern communities that the rest of the country stands with them. 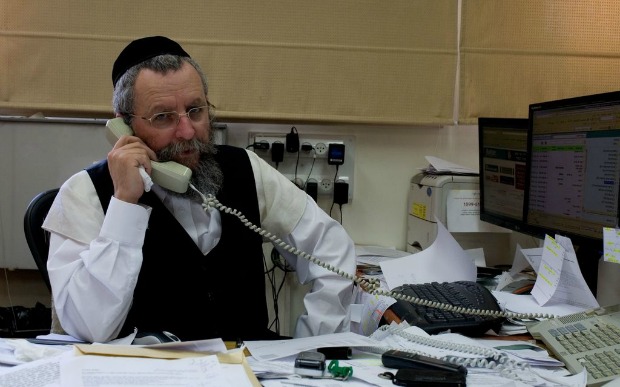 Keeping the center open 12 hours each weekday will require an annual operational and maintenance budget of nearly NIS 8 million, to be secured via ongoing sponsorship programs with local corporations and charitable funds.

All construction projects in Sderot must take into account that Kassam rockets and mortar shells could strike at any time from the western border.

At the same time, says Lederman, “Every mental health and rehabilitation expert in the world will tell you that patients on the side of a building with windows have a much better chance of recovery because of the therapeutic power of light.”

The architectural firm of Weinstein Vaadia (which also designed the Children’s Hospital at the Sieff Medical Center in Safed) accepted the challenge to make the building secure yet conducive to therapeutic success.

“Architecturally, the building was designed as an envelope of reinforced concrete, with its main entrance to the east, with only limited and carefully placed side entrances,” said partner Gil Vaadia.

“The closed front, location of the entrances and general architectural treatment, give the building the character and feel of an ancient khan – a traditional roadside inn, which also offers protection with the sense of security provided by the inner courtyards. The roof’s openings [skylights] are reinforced with protective walls, and are shaped to take into account the direction and range of missiles.”

“This is insufficient time for a sick or handicapped person to reach shelter. This reality led us to design the entire building with reinforcements that allow patients and staff to stay in place even under missile attack, remaining safe and protected,” said Vaadia.

UNCOVER ISRAEL - Get the ISRAEL21c
Weekly Edition free by email
Sign Up Now!
Bring Israel's story to life.
Millions of people around the world rely on us to gain a deeper understanding of Israel. We are the trusted source for original content you won't find anywhere else.
You can make a difference. Donate today to support journalism that brings Israel’s story alive.
SUPPORT ISRAEL21c
Read more on:   Health, Living, Sderot, Sderot Medical Rehabilitation Center, Terrorism