When Russia attacked Ukraine, 18-year-old Israeli citizen Anna Kosma was studying in Ukraine and stayed there with her mother to assist in local relief efforts.

But in May, she developed a serious neurological condition that local hospitals could not handle under the circumstances.

So the Israeli Prime Minister’s Office reached out to the Israeli branch of Hatzolah Air, a New York-based organization that has worked with Israeli first-response groups on several medical evacuation missions out of Ukraine since March.

The team that flew over to evacuate Kosma and her mom included Dr. Todd Zalut, director of the Department of Emergency Medicine at Shaare Zedek Medical Center in Jerusalem along with Shaare Zedek trauma coordinator Levi Levine and emergency physician Dr. Zvi Zilberstein.

Upon arrival, she was transported by Magen David Adom to Shaare Zedek’s Neurological ICU under the direction of Dr. Stefan Mausbach. 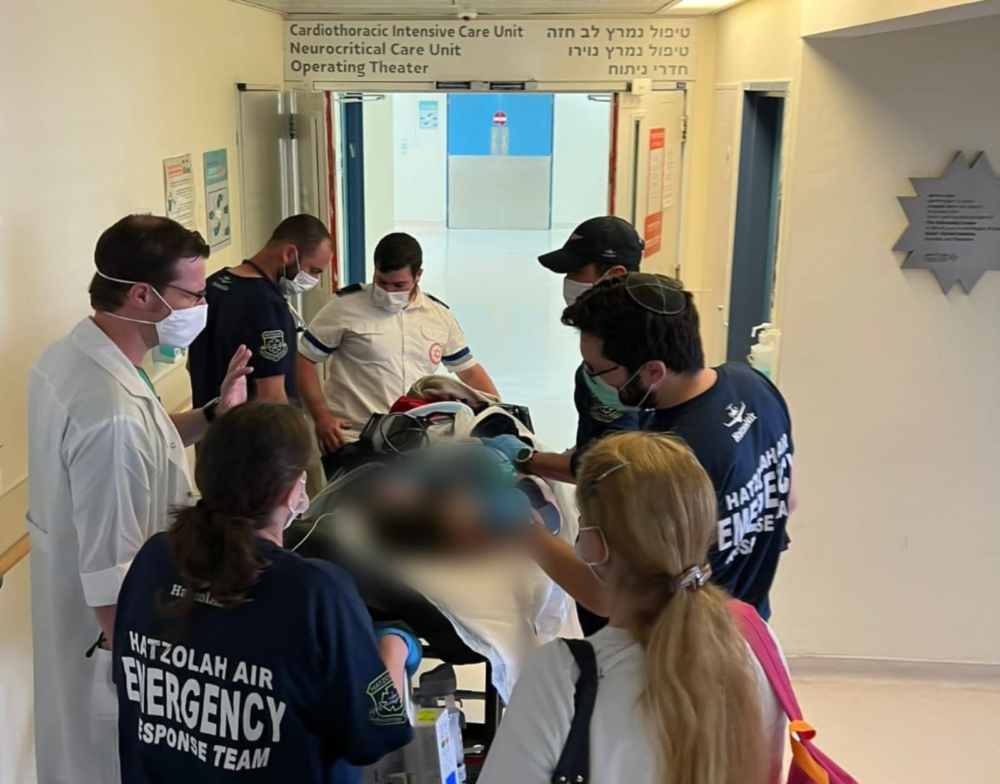 This photo was taken when Anna Kosma arrived at Shaare Zedek Medical Center from Ukraine in May 2022. Photo courtesy of Shaare Zedek

Imaging scans taken upon admission indicated that Kosma had no better than a 1-2 percent chance of survival. She’d been suffering intense seizures resulting from a severe brain infection and arrived in a coma.

Despite listing the patient in extremely critical condition, the physicians used a variety of techniques and medications to bring her back to health over the course of three months in the ICU under the direction of Mausbach and Dr. Roni Eichel.

And their efforts paid off. Shaare Zedek announced this week that Kosma has “regained full consciousness and a high level of overall functioning and was able to be released from the hospital in good condition.”

She has a long road of rehabilitation ahead, but she is alive and well.