If the Germans only knew what a liability Greece would become to the European Union, they could have pulled out of Greek-tied investments earlier. This is one of the suggestions made by an Israeli-German team of researchers that has linked modern physics with contemporary economic theory to develop a new predictor of global financial hurricanes. World Bank executives take note.

The new team’s empirical-based research tool is built on a new understanding of principles from the modern field of complex biological systems, an increasingly popular subfield of physics. While the interconnected parts of a complex system, like in the case of the weather, might seem unrelated at first –– such as cloud coverage in Singapore and puddles on a New York sidewalk –– the new methodology to assess and quantify inter-market relations can explain the connectedness so that valuable data can be extracted and evaluated.

Examples of complex systems include ant colonies; the nervous system of the human body; climate; social structures; and living things. Global economics is also a complex system that can be explained with the right prediction tools.

“Complex systems — this is the name of the game,” says Dror Kenett, a PhD student at Tel Aviv University’s School of Physics and Astronomy who worked on the research. “Based strongly on physics theory, this is the intersection between physics, economics and finance. Over the past 20 years, there have been ever-growing amounts of data for economics and finance, and we make use of physics tools, concepts and algorithms, and empirical data approaches to look at what’s really going on.”

A machine to study how markets work 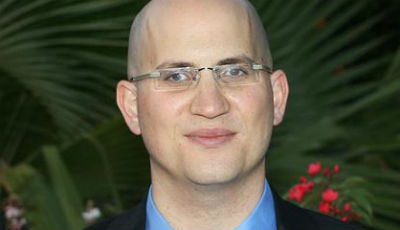 “What’s clearly been missing is empirical work, the kind of work that physicists have been doing for many years now.”

The new Israeli-German research methodology may provide the solution, or at least a new direction for healing the wounds of the world’s current crisis, while predicting the next one. It can give individual countries a powerful way of calculating risk associated with certain foreign markets.

Working closely with the iconic Tel Aviv University physics researcher Prof. Eshel Ben-Jacob, and with Matthias Raddent and Prof. Thomas Lux from the Kiel Institute in Germany, Kenett is pushing the limits of modern physics to help the world’s decision-makers forecast, and prevent damage to, world markets.

In their recent study published in the scientific journal PLOS ONE, the researchers went beyond the old analytical measures of market index and volatility and presented a new concept called “meta-correlation” to measure certain countries’ stock markets against each other. What results is a very precise method of measuring how changes in one market will affect changes in another market.

Preventing the next collapse

Looking at six of the world’s largest economies –– the United States, the United Kingdom, Germany, Japan, India and China –– they studied empirical data from 2000 to the end of 2010. Singling out leading stocks in each market, correlations were mapped out between groups of stocks from each of the countries over a decade.

Except for China, which appears to work independently from the others, they found very strong patterns of interdependence between these markets. Looking back, some obvious patterns emerged, such as the relationship between the US and UK markets. However, the researchers were surprised to find that Japan exhibited different patterns than the others, with alternating ties between Western and Eastern countries.

In the course of his PhD research, Kenett consulted Dr. Gitit Gur-Gershgoren, chief economist of the Israel Securities Authority. It is reasonable to assume that their findings and methodologies will be of great interest to the World Bank, the G7, regulators and financial policy-makers around the globe – especially considering that some of their conclusions could have helped stabilize world markets in 2009 had they been known at the time.

“In the current era, when the global financial village is highly prone to systematic collapses, our approach can provide a sensitive ‘financial seismograph’ to detect early signs of global crisis,” Ben-Jacob says. If risks can be identified early, preventative measures can be taken.