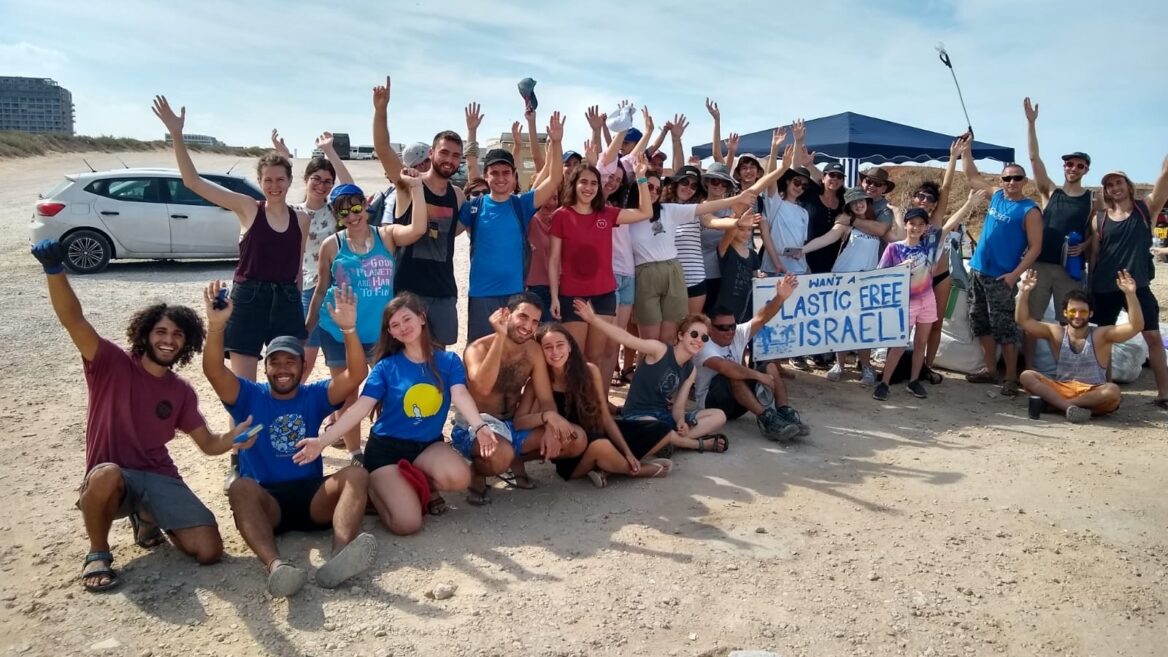 Israel has a plastic problem. The Israel Union for Environmental Defense (Adam Teva V’Din) reports that Israelis produce twice the international average of plastic waste per person per day.

Aside from all the plastic bags, takeaway containers, forks, knives and spoons, we throw out 250 million plastic cups every month.

It’s therefore not surprising that a recent Tel Aviv University study found an alarming amount of microplastic particles in marine organisms in the Eastern Mediterranean and Red Sea “as a direct result of human use of plastic.” Microplastics in water, fish and sea salt also get ingested by people.

The Environmental Protection Ministry put a plastic bag law into effect on January 1, 2017, leading to an 80 percent drop in the use of disposable grocery bags in just one year. That’s equivalent to more than 7,091 tons of non-recyclable plastic saved from landfills. Israel’s plastic bag law led to an 80% drop in the use of disposable grocery bags in just one year. Photo by Arimag/Shutterstock.com

The Tel Aviv-Yafo and Jerusalem municipalities are working toward removing disposable plates, cups and cutlery from public preschools and schools. Some of the alternatives include installing water-efficient dishwashers in the schools or supplying reusable lunch kits for children to take home. Next year, Tel Aviv will require food-service contractors to deliver to schools in stainless-steel containers.

The Herzliya municipality has launched “City without Plastics,” a two-year pilot aimed at getting rid of disposable plastics.

Planned in cooperation with the Zalul Environmental Organization, the pilot will begin at Herzliya City Hall. Gradually the initiative will encompass schools, large public events sponsored by the municipality, seaside businesses, neighborhoods and public institutions.

In the retail sector, all five Israeli branches of IKEA are removing single-use plastics from their shelves and restaurants. SodaStream has several initiatives ranging from a Caribbean plastic cleanup to phasing out plastic flavor bottles.

No plastics in the office 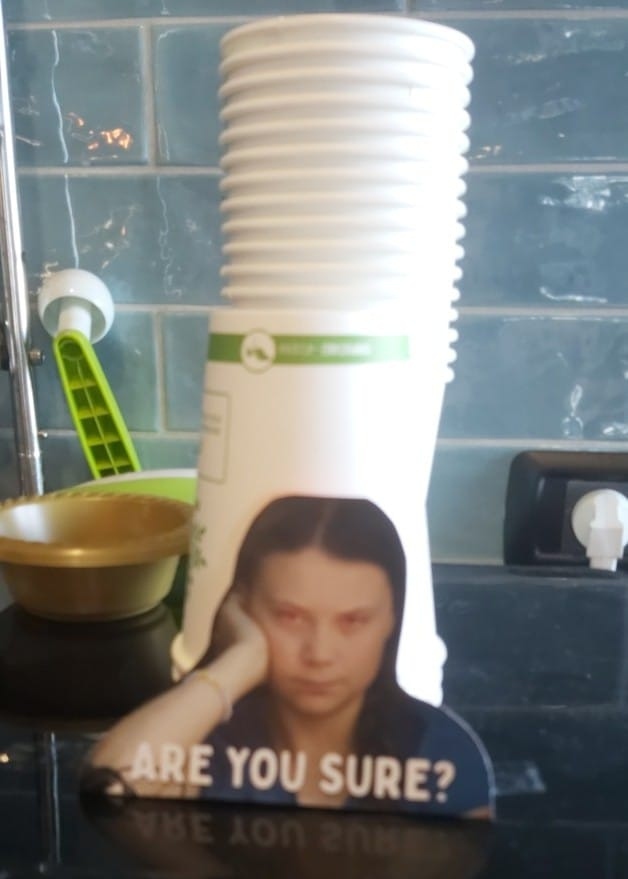 A humorous reminder to Israeli workers to avoid disposables in the office kitchen. Photo via Facebook

At some Israeli workplaces, employees have posted a picture of Swedish teenage environmental activist Greta Thunberg looking angry as a humorous reminder to shun disposables.

Greta would be happy to know that glass, ceramic and metal utensils are replacing plastic disposables in office kitchens across Israel.

“A group of our employees decided to take action on this matter, and we embraced the idea,” says Ayala Tal, Tel Aviv office manager for cybersecurity company Cybereason. About 200 employees work in this office.

“We supplied our kitchen with reusable plates and cups, even special reusable plates for events,” Tal tells ISRAEL21c. Employees can wash them by hand or in dishwashers that have short cycles to save water.

“We don’t believe in forcing anything on anyone,” Tal stresses, so the company keeps bioplastic (PLA) plates and cups in the kitchen cupboard for workers who prefer disposables. 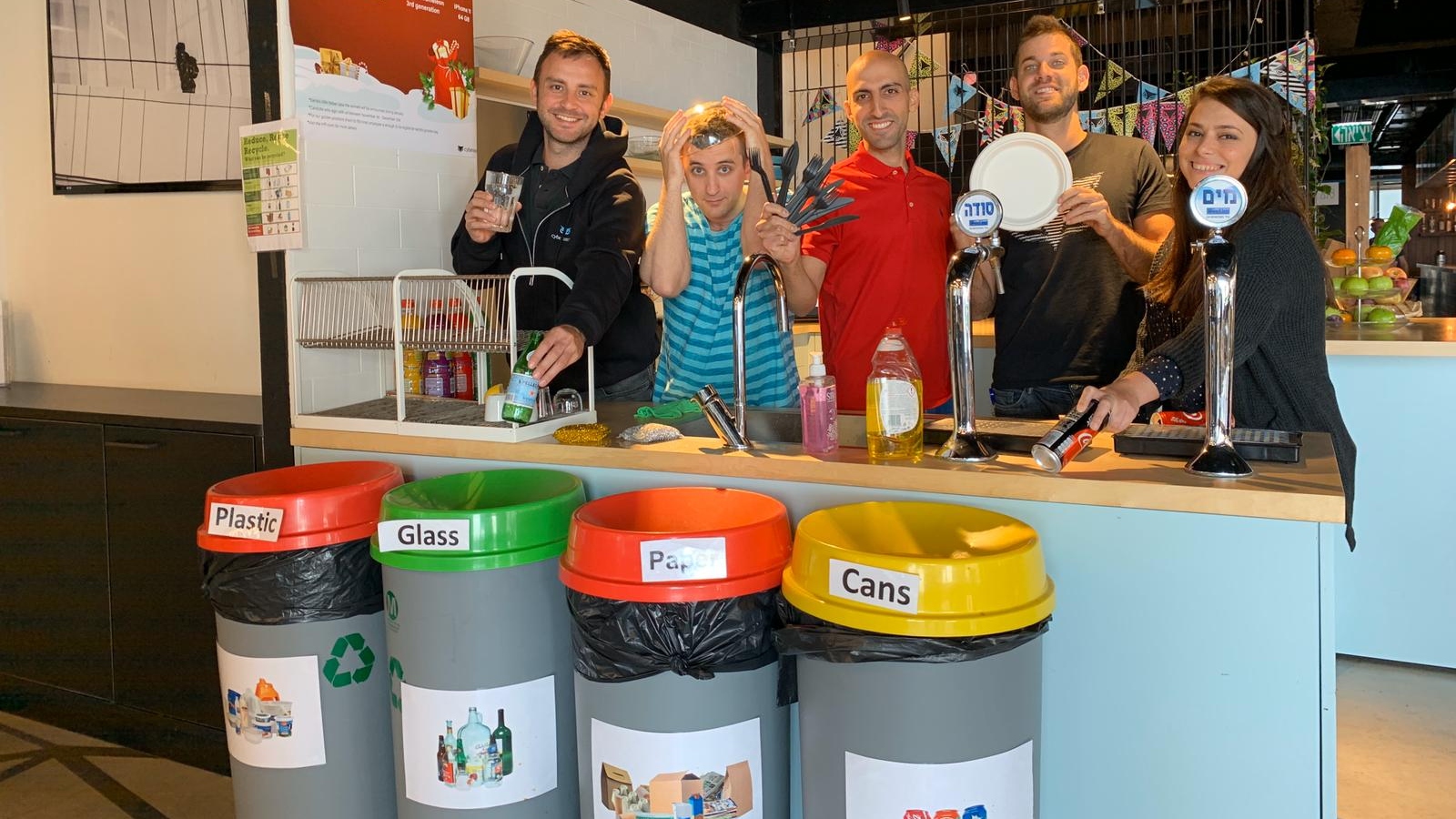 Similar changes have been made in the kitchens of many other Israeli businesses, including the Tel Aviv development centers of real-estate tech company Reali and its sister company, construction-tech firm Veev. 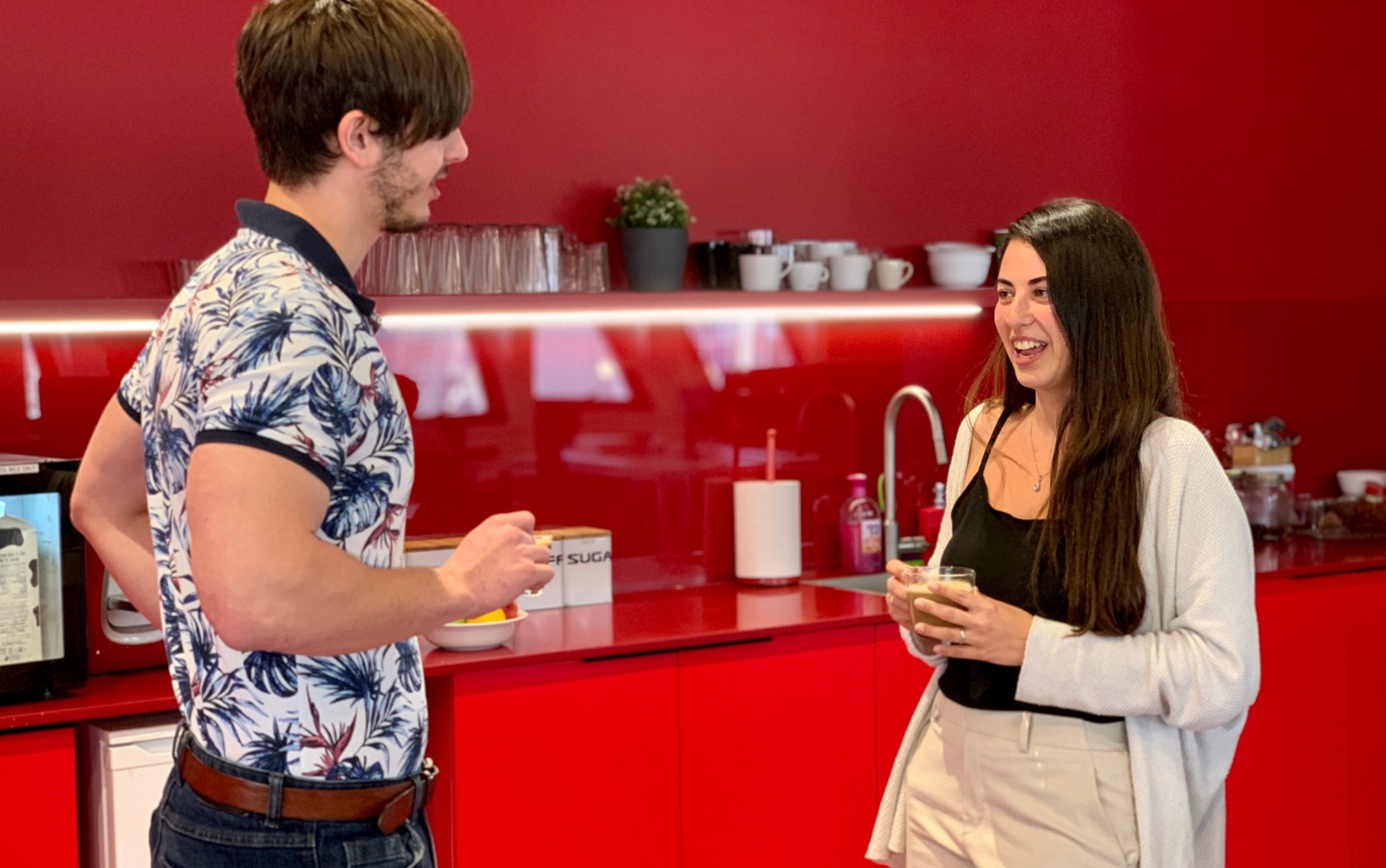 The office kitchen at Reali has glass and ceramic cups rather than disposables. Photo: courtesy

At the Tel Aviv headquarters of JoyTunes, software developer Tali Blumenfeld started an initiative encouraging each of the 70 or so workers to bring their own containers to restaurants when ordering takeout.

“Instead of packaging food in plastic with plastic cutlery, we ask them to put the dish in our own lunchbox,” she tells ISRAEL21c.

“Twice a week we have a catered lunch and we eat together. Some people feel uncomfortable eating on non-disposable dishes, so we do stock some compostable disposables in a side closet. But we want to make non-disposable the default and very accessible.”

Fintech company Tipalti, based on a kibbutz near Herzliya, supplies its 75 employees with reusable plates and cutlery and a dishwasher in which to clean them.

“We encourage employees to buy lunch at the kibbutz dining room instead of takeout,” she adds. Workers getting meals delivered can patronize a few nearby eateries that package the food in paper rather than plastic. 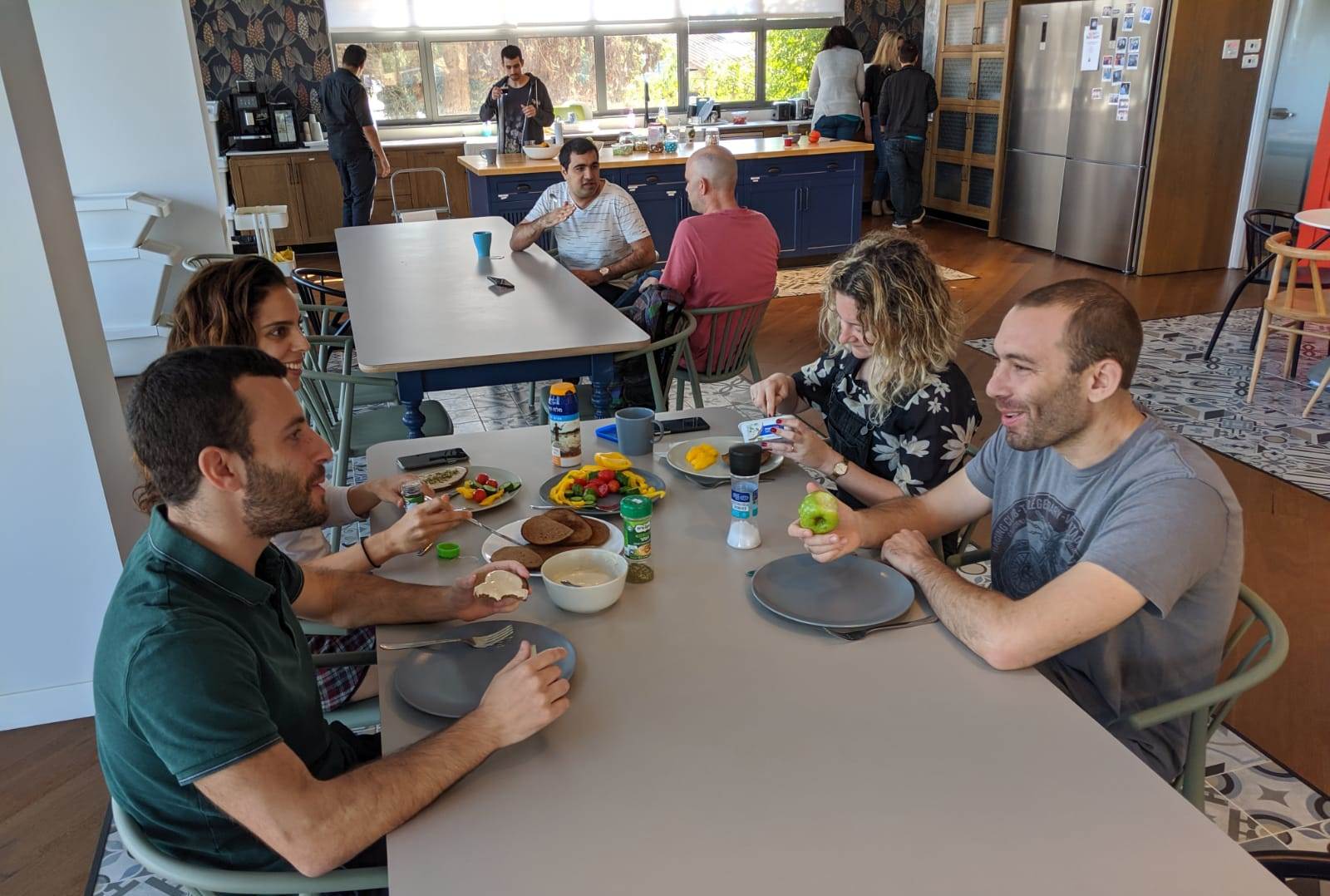 Since New Spirit is a nonprofit, the administration requested Re:Street tenants to donate utensils they no longer need at home. “We have 53 tenants in a homey atmosphere so the idea is that everyone will wash their own dishes,” says Proviz.

Businesses looking for tips on how to phase out plastic disposables often turn to the nonprofit Plastic-Free Israel for suggestions.

“We work with local businesses and organizations to find and promote sustainable, environmentally friendly, plastic-free solutions,” says coordinator Ariel Shay, even though the group’s main focus is beach cleanups.

“In our social-media posts, we highlight stores that sell alternatives, such as EcoStore in Tel Aviv, Re-Feel in Ashkelon and Mayula-Eco-Life in Eilat,” says Shay. (Her day job is at the Elah Fund in Binyamina, which has stopped using plastic.)

“Israel is really good at innovation,” says Shay. “But just like in other countries including America, adoption of plastic alternatives is slow because plastic is much cheaper. The consumer shift has started to happen and now it’s a matter of the market catching up.” 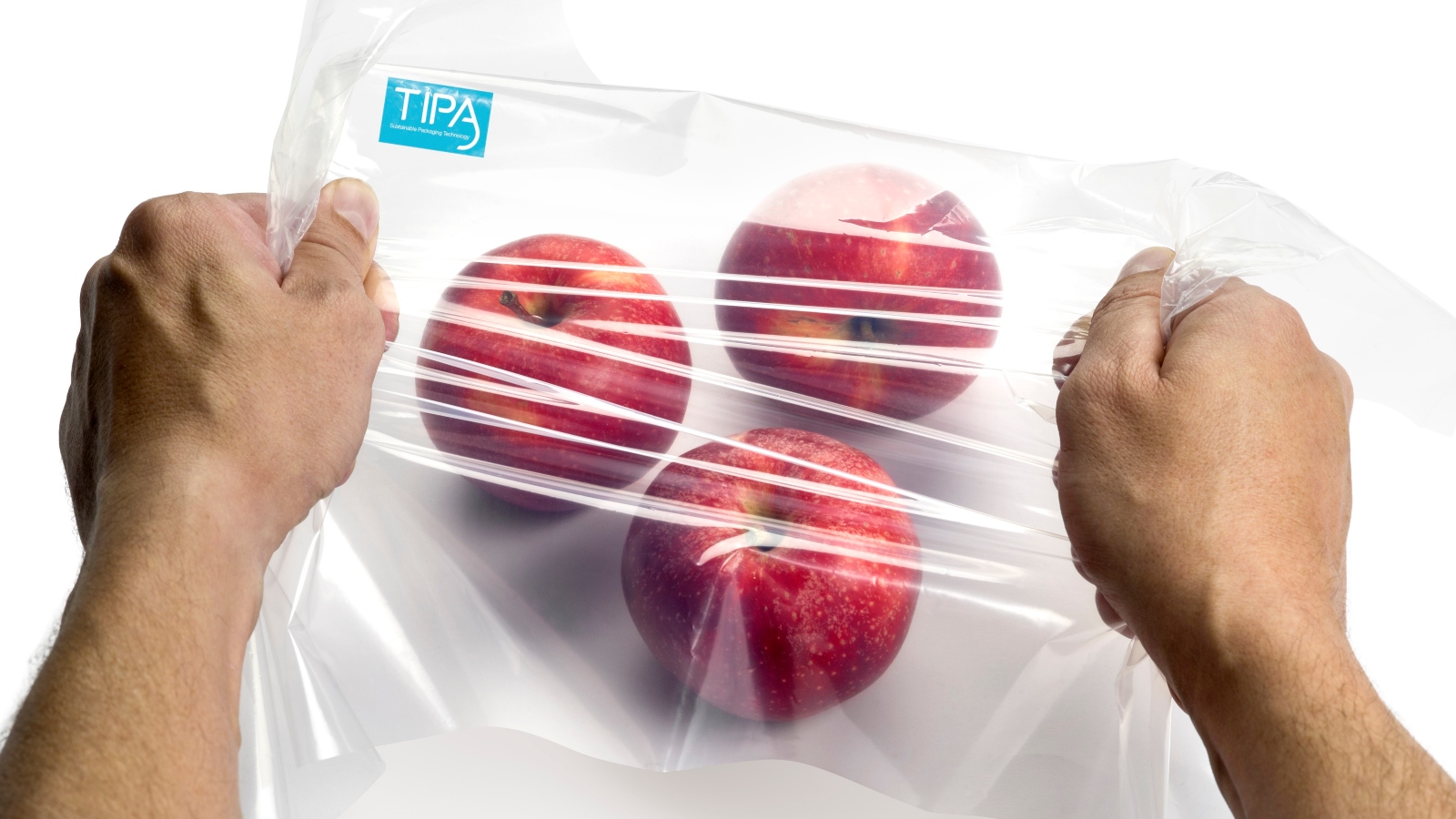 Solutum is developing an eco-friendly plastic-like compound that requires only water to biodegrade. The startup won first place at MassChallenge Impact 2018 and at Tel Aviv University’s Coller School of Management startup competition in 2019.

Museum takes a lesson from the ancients

Plastic waste is a modern problem. But Eilat Lieber, director of the Tower of David Museum in Jerusalem, says the site’s ancient history spurred a major effort to green the museum’s practices.

Archeologists and architects advising the museum on renovations to the tower — also known as the Jerusalem Citadel, dating from the Mamluk and Ottoman periods — explained that people living in the complex in those days were mindful of saving water and minimizing trash.

“The archeologists told us the only thing they threw away was eggshells,” Lieber tells ISRAEL21c. 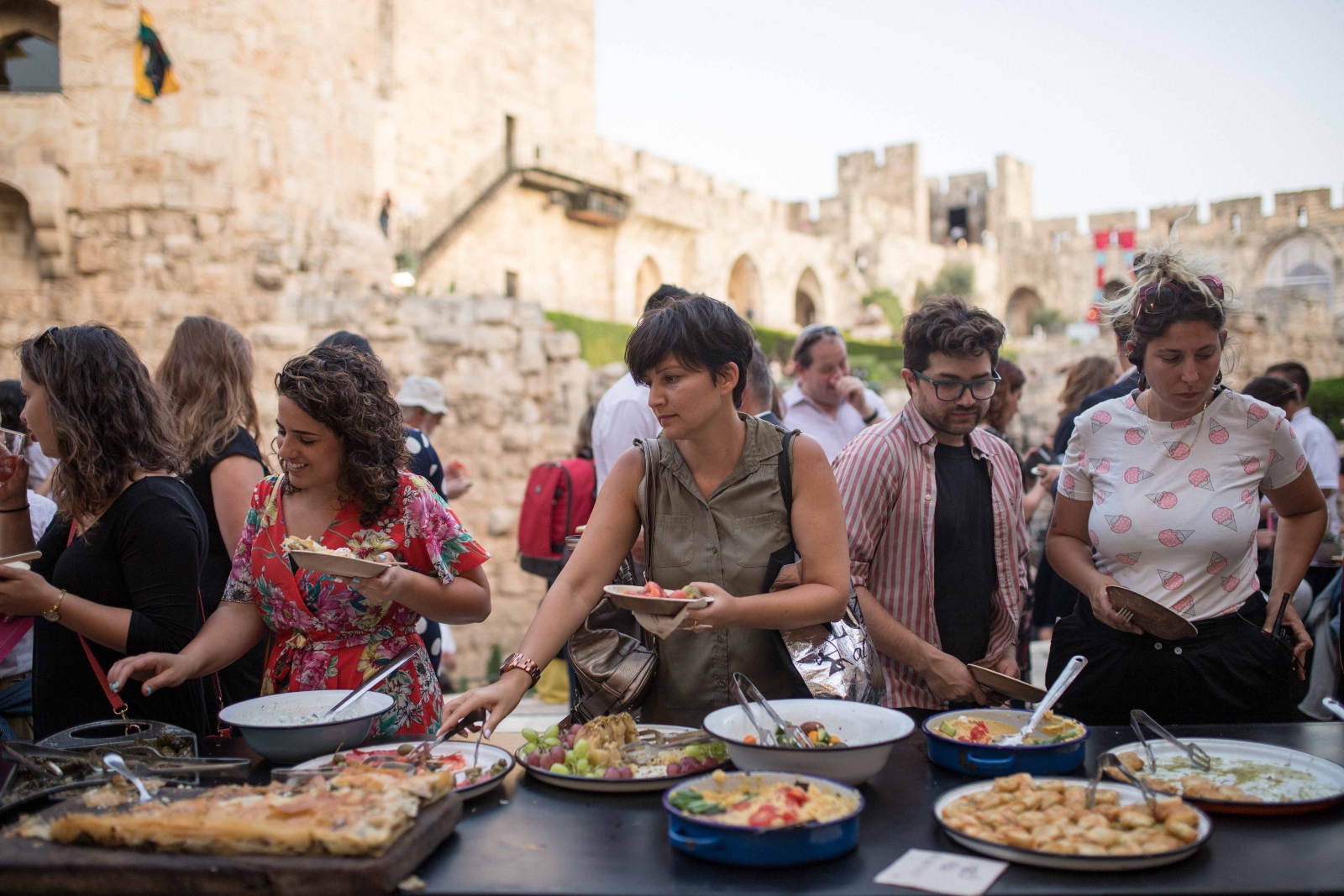 “I felt we can learn a lot from the people of the past. We cannot ignore the environmental situation. We decided to stop using plastic in our office and in our events. We bought glass, ceramic and metal utensils for our staff. When we host events, we use only biodegradable disposables even though they are more expensive, and we offer reusable cups for sale.”

Lieber says this is only a first step. “We are collaborating with many people to discover what else we can learn from the history of our historic ecosystem.”