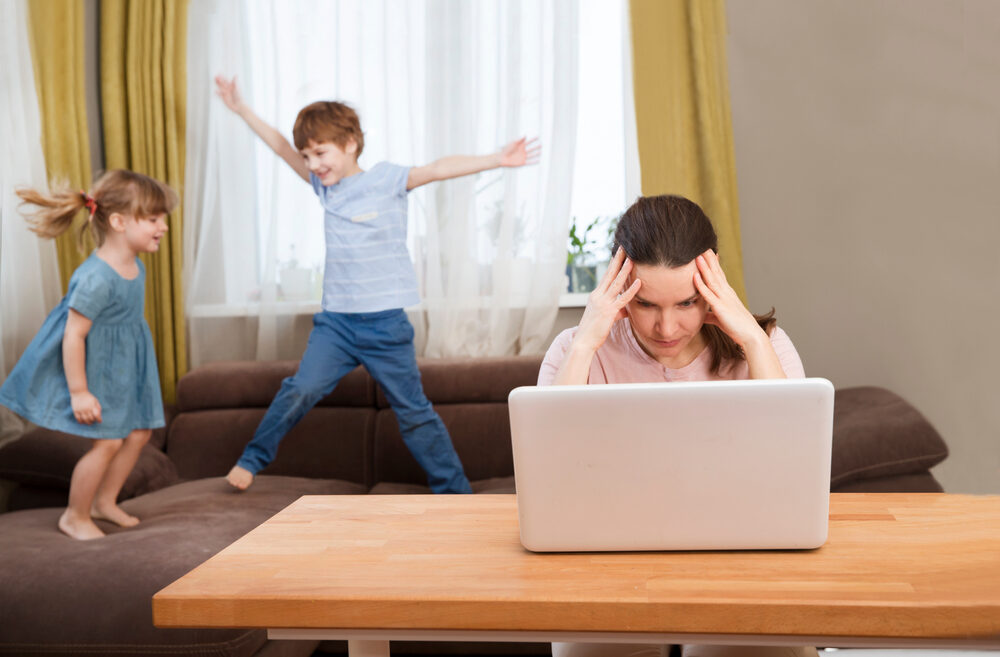 School’s out – but not for summer. It’s coronavirus season and kids are holed up at home with their newly telecommuting parents.

According to estimates from news agency Agence France-Presse today, some 500 million people around the world are now subject to lock down measures.

Is there any way you can use this unexpected family time to pack in a little extra learning?

Fortunately, Israel has no shortage of technologies to help with that. So, before you and your young’uns come to blows, here are eight great made-in-Israel approaches to make the most of the new normal.

Learning to play the piano was never so easy – or high-tech. JoyTunes turns your mobile device into a virtual piano tutor, combining tried-and-true music methodologies with the latest in gaming (try “Piano Dust Buster” to compete with other gaming piano “players”).

JoyTunes’ iPhone and Android app listens to what you play to give you real-time feedback, reducing the amount of time it takes to get started. Maybe that’s why the company has a million people learning to play the piano a week, is used by 10% of U.S. music teachers and has been downloaded more than 10 million times.

Oh, did we mention that JoyTunes is the No. 1 education app on the app stores? There are three options for varying levels of learning, available in 11 languages, with 2,500 songs online from Beethoven to Adele.

JoyTunes is working on other instruments, too – look for guitar and saxophone to come to an app near you.

With time to spare, your kids can build themselves a website.

Heck, they can build as many as they want – for the whole family and everyone in the neighborhood – since Wix, Israel’s premier web-building tool, is free. (Wix makes money by selling add-ons such as the ability to drop the wix.com suffix and use your own.)

Wix takes the hard work of coding out of creating a web presence with drag-and-drop tools and ready-made templates. It’s one of Israel’s most successful startups, with a market capitalization of more than $8 billion and $832 million in earnings in 2018.

So many pictures and videos, so little time. Oh wait, now you have all the time in the world, creating a great opportunity to spruce up your mobile phone’s content collection.

Jerusalem-based Lightricks has a suite of mobile apps to help you put your best face forward. Photofox is Lightricks’ all-purpose photo editor, while Quickshot has customizable and ready-made filters.

Got videos? Cut and combine clips on-the-go with the award-winning Videoleap. Or animate your still images into funky photo art with Pixaloop.

Lightricks’ apps in 11 languages are free to start; you only pay if you want to unlock more pro features. Image and video processing is done on the phone, so no Internet connection is required.

With the world entering a (hopefully temporary) phase where isolation becomes the big story, media outlets are clamoring for news. But they can’t so readily send their reporters into this new “field” for fear of contracting coronavirus.

Israeli startup Snappers allows anyone with a mobile device to become an instant video stringer.

Sign up with Snappers and then if one of the company’s media partners, which include CNN among others, needs video from a particular location, they’ll see you on their Snappers map and can contact you to provide live in-quarantine reporting.

There’s a built-in communication channel in the app so your producer can tell you where to focus (“lose the fern in the corner”). If you’re talented, maybe your video will even go viral (in the old sense of the word).

Seen both versions of “Aladdin” (animated and live) enough that you can no longer tell Will Smith from Robin Williams? Tired of Thanos threatening to destroy the Avengers – and the world – again?

Inception VR has an alternative: The Israeli company aims to be the Netflix of virtual reality and has dozens of short programs ready to watch – from virtual boxing matches to a tour of Rishikesh (“the yoga capital of the world”) or the Tel Aviv Pride Parade.

There are documentaries (fancy “The Joy of Frogs?”), travelogues (visit Berlin, Tibet and New Orleans) and fashion runways (join Israeli supermodel Esti Ginsburg behind the scenes).

While you’ll need a VR headset from any leading manufacturer for the full immersive experience, there are plenty of “360” videos you can watch on a regular 2D computer.

You’ve had your fun; now it’s time to get down to some serious learning. Ramat Gan-based eTeacher Group has built technology to bring together students and teachers online in real time.

Established in 2000, eTeacher Group says it has hosted over 100,000 classes, taught by 302 teachers in 23 countries. Its four schools, including those teaching Hebrew, Chinese and English, have over 25,000 students a year.

Behind the scenes, eTeacher Group has built a complete software system for running virtual schools. The company got its first big boost in 2002 when the Israeli Foreign Ministry contracted with them to open an online school for the children of ministry employees.

For students between the ages of 10 and 15 who wish to learn computer skills, the company’s “Tekkie Uni” offers online coding courses in France, the US, the UK, South Africa, South America, Australia and India.

As schools scramble to switch to online instruction, Israeli startup Class.me has a solution for adding chat to the mix – before, during and after class.

Teachers can set up a dedicated chat for their classes, without having to give out their personal WhatsApp number, allowing them to keep their private and professional lives separate.

Verbit says by using artificial intelligence, it can transcribe audio 10 times faster than the competition for half the price and at 99% accuracy.

Verbit announced in January that it had raised $31 million (for a total of $65 million). This week, the company revealed that Harvard University – which, like many universities around the world has shifted classes online – would use Verbit’s tech to provide written transcripts of lectures.