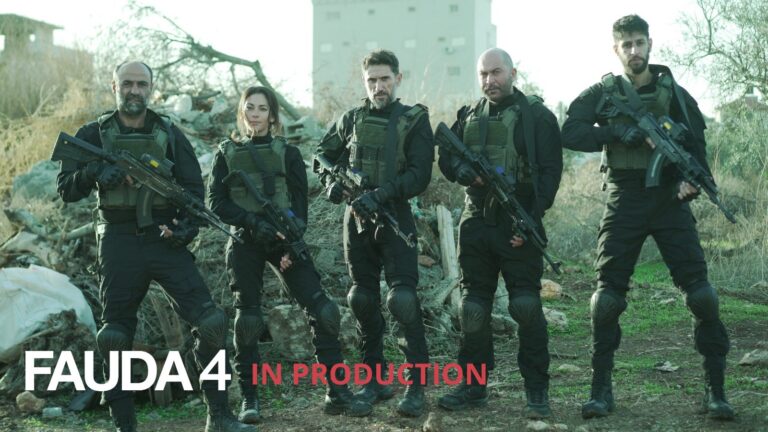 Good news for Fauda fans. The critically-acclaimed TV show that has swept the world has announced that the new season will be released in Israel on July 13.

On Twitter, Fauda’s official account announced that the fourth season will premiere on Israel’s Yes TV, before shortly being released for worldwide audiences on Netflix.

“To our Israeli fans. You have been asking, and asking, asking! To our international fans, be patient, it’s coming to you next.”

Swipe to see the official premiere date of Fauda Season 4 on yes!

To our international fans, be patient, it’s coming to you next ???????? pic.twitter.com/m0XKRCJRiz

TV series Fauda, which takes an in-depth and often unexpected look at the Israeli-Palestinian conflict, has been an international sensation since it was first released on the Netflix streaming service.

Created by Avi Issacharoff and Lior Raz, who once worked as Arnold Schwarzenegger’s bodyguard, it has won numerous awards.

Filming for the fourth season began in Ukraine, but was relocated to Budapest, Hungary. In December, a trailer was released for the show, and filming wrapped up in April.

If you’re a Fauda fan make sure to read our story on 10 things you didn’t know about Fauda but should.

UNCOVER ISRAEL - Get the ISRAEL21c
Weekly Edition free by email
Sign Up Now!
Bring Israel's story to life.
Millions of people around the world rely on us to gain a deeper understanding of Israel. We are the trusted source for original content you won't find anywhere else.
You can make a difference. Donate today to support journalism that brings Israel’s story alive.
SUPPORT ISRAEL21c
Read more on:   News, Culture, Fauda, Israeli film and TV