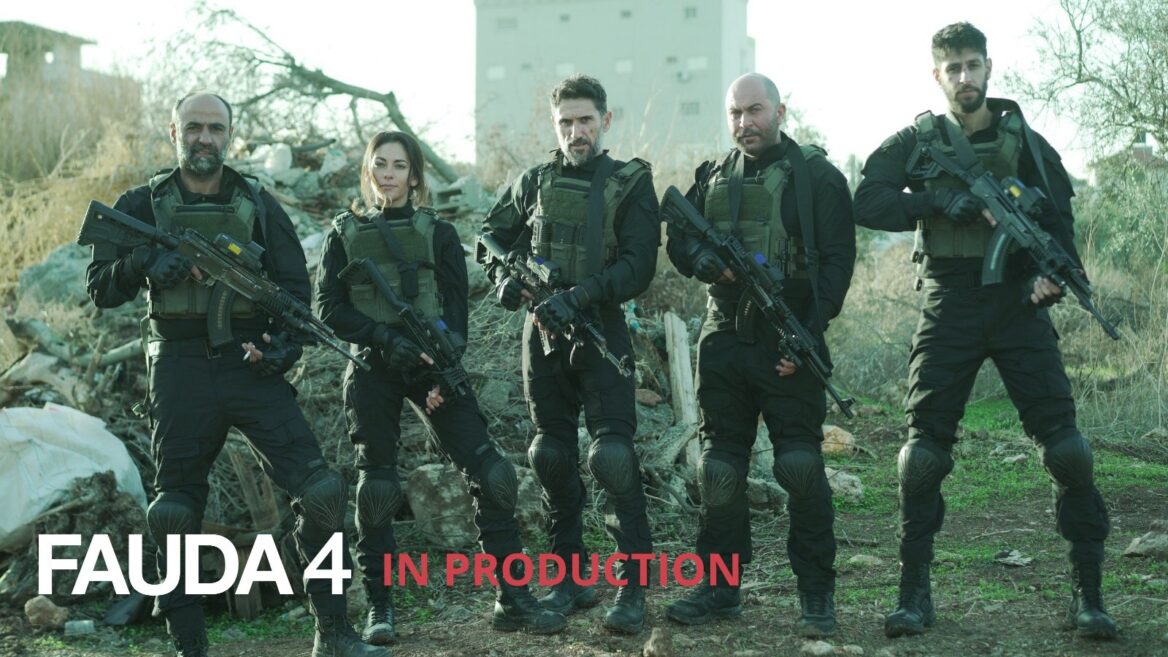 Ahead of season 4, check out all the fun Fauda facts you could possibly need. Photo courtesy of Netflix

One of the best things about it being 2022, other than the fact that 2021 is finally over, is that this year will see Fauda returning to our screens with a brand-new, promising-as-ever Season 4.

To help you ready yourself for the monumental moment (hey, after countless home isolations our standards are pretty low), we’ve gathered 10 fascinating Fauda facts that might have somehow escaped your notice. You’re welcome.

While Fauda’s stellar cast has made it into homes around the world in recent years, in Israel many of its stars are veteran household names, and a pretty diverse lot, too. Marina Maximillian (Hila) and Idan Amedi (Sagi), for example, are famous singers, while Itzik Cohen (Captain Ayoub) is a comedian who was part of the country’s most iconic drag band. Shadi Mar’i (Walid) has a super-impressive film and television career behind him, and Netta Garti (Gali) is one of Israel’s best-loved actresses and fashion icons.

Yes, you read that right. According to news reports, Hamas is so upset with the way Fauda represents the Israeli-Palestinian conflict that it has decided to counter it with a TV drama of its own. The low-budget production is set to tell the tale of a 2018 incident in the Gaza Strip and will be released during Ramadan this year. Alas, no Israeli actors took part in the filming, and we wonder whether it will be quite as successful as its original counterpart.

Despite the previous item, Fauda has become something of a guilty pleasure among viewers in the Arab world, even reaching top Netflix viewing spots in Jordan, Lebanon and the UAE. While some Arab viewers lament what they see as one-sidedness and an exclusively Israeli narrative, others have taken to binge-watching the hit TV show and even appreciating the more-complex-than-usual characters. In Israel, meanwhile, the program is touted as groundbreaking for showing the difficult reality behind enemy lines, leaving us to conclude that it’s probably all in the eye of the beholder.

After numerous English-language adaptations of hit Israeli shows made it to large audiences worldwide (hello there, Homeland), Fauda is the first Israeli Hebrew- and Arabic-language program to really make it overseas. Ever since it was picked up by streaming giant Netflix it reached many millions of homes across the world, raising the profile of Israeli TV and paving the way for more internationally acclaimed Israeli programs.

Before rubbing shoulders with stars in premieres worldwide, Lior Raz’s connection to Hollywood was even more of a classic Israeli one: he was the bodyguard of none other than former star and California governor Arnold Schwarzenegger. After a super-combat military service that also lent its experiences to the writing of Fauda, Raz travelled to the US to protect The Terminator, who might have given him a tip or two on how to be the toughest-looking guy around.

It might be no accident that Tehran became the next big Israeli thing to grace international TV. Moshe Zonder, who was the lead writer for the first season of Fauda, went on to create Tehran, which became a massive hit for Netflix rival Apple TV. Not unlike Fauda, Tehran gives dedicated screentime to lots of Farsi dialogue, Israeli-Iranian and American-Iranian actors and a behind-the-scenes look at one of Israel’s biggest enemies.

One of the best things about Fauda, in our opinion, is the screen time given to Arabic dialogue. And yet, not all of the supposedly Arabic-speaking Israeli actors actually speak the language. One prominent example is Itzik Cohen, who plays Gabi Ayoub, the Shin Bet captain who seems to have an Arabic saying for every occasion. Turns out, Cohen learns these lines with a coach ahead of each scene. And while yours truly can’t vouch for his accent, he absolutely rocks his role.

The past three seasons of Fauda took viewers up and down Israel, the West Bank and the Gaza Strip, but the upcoming one will have a more international flair. The promo that was recently dropped promises to take Doron and his friends on adventures in neighboring Lebanon, as well as Brussels, as the plot continues to thicken and the inevitable rescue operations become ever-more complex.

To counter the very odd chance that you have yet to learn what the word fauda actually means, let us relieve you of the uncertainty: chaos. In Arabic. But now also all across the world, as the show’s enthusiastic fans try to casually (and most likely unsuccessfully) drop the word into everyday conversation.

UNCOVER ISRAEL - Get the ISRAEL21c
Weekly Edition free by email
Sign Up Now!
Bring Israel's story to life.
Millions of people around the world rely on us to gain a deeper understanding of Israel. We are the trusted source for original content you won't find anywhere else.
You can make a difference. Donate today to support journalism that brings Israel’s story alive.
SUPPORT ISRAEL21c
Read more on:   Culture, Israeli film and TV, Fauda, Lior Raz