You may not have heard of corneal edema, but this painful eye condition caused by accumulation of fluids is not uncommon as a result of eye surgery, trauma or aging. The edema (swelling) causes the cornea to lose its transparency, affecting vision and leading to irreversible scarring of the cornea.

Until Israeli startup EyeYon Medical invented its patented therapeutic contact lens, Hyper CL, there was no effective way to relieve symptoms of the condition – which can be cured only with a donor cornea from a deceased person.

“The wait for corneal transplants is at least a year here in Israel, and it varies around the world. Meanwhile, those patients are quite miserable since they don’t see in the affected eye, and they suffer severe pain. Patients have to come to the doctor week after week for treatment [with medicinal eye drops], which is not very effective,” says EyeYon CEO Nahum Ferera. 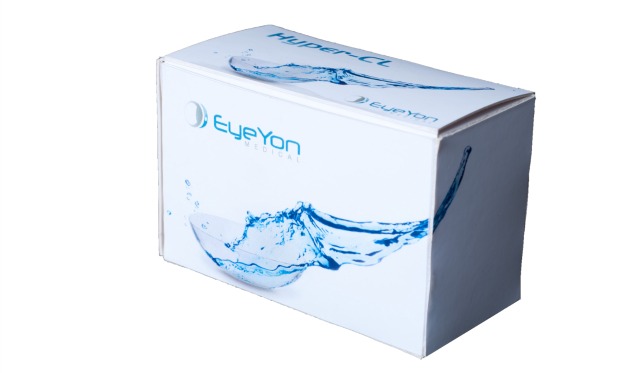 The trademarked Hyper CL already earned the European CE Mark, and will enter that market in the second quarter of 2014 through a network of distributors and partners. Approval from the US Food and Drug Administration (FDA) is expected in about one year from now, and the product could be available in the United States as early as 2016.

Ferera tells ISRAEL21c that Israeli eye doctors Daphna Ofer and Arie Marcovich wanted to found a company to develop a non-narcotic, noninvasive solution for the pain and blurry vision caused by corneal edema. Through the technology transfer arm of the national health fund Clalit, they approached the Jerusalem-based Van Leer Technology Ventures incubator with their idea.

Through Van Leer, the two ophthalmologists met Ferera, a biomedical engineer who has an MBA and is experienced in management, development and clinical testing of medical devices.

“I really loved the idea,” he says. “It’s unique, sophisticated but not complicated, and takes a short time to get to market. We are now two years from the moment I joined the company and are ready to launch the product.” 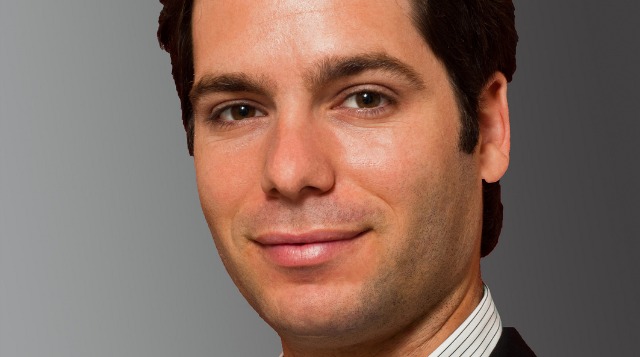 Clinical trials were conducted on more than 30 patients at Kaplan Medical Center in Rehovot. “It’s an elegant solution,” Ferera reports. “If a patient could see two meters before, after 24 hours of wearing the lens he could see seven meters. And for most patients, the moment they put the lens on they felt pain relief.”

Some of the patients in the study even thought to put off their scheduled cornea transplant surgery because the EyeYon lenses were so effective, Ferera adds.

In addition to the Hyper CL contact lenses, EyeYon is also developing and testing its patented DSPEK, a silicon film implant that eye surgeons can attach to the back of the cornea’s surface during, or after, cataract and transplant surgery to prevent corneal edema in the first place. About 40,000 corneal implants are performed every year in the United States, and some two-thirds of those patients would be candidates for DSPEK, the company projects.

“This is very revolutionary and is showing good results from the lab,” says Ferera. Dr. R. Doyle Stulting, an American leader in corneal disease research, was so impressed with the idea of DSPEK that he joined the EyeYon scientific advisory board.

The potential market for the two EyeYon products is estimated to be worth about $500 million worldwide. In the United States, about 12 percent of the 3.5 million cataract surgeries every year result in temporary corneal edema, and 1% of those cases become chronic. Corneal edema can also be caused by trauma, aging, infection, corneal disease or a genetic defect known as Fuches Dystrophy.

EyeYon will reside in the Jerusalem incubator until the end of 2013, financed by the Office of Chief Scientist; Docor; the Jerusalem Development Authority; and Sagam Versano, an Israeli market leader in ophthalmological devices. It is chaired by Elka Nir, a board director of the Israeli High Tech Association.