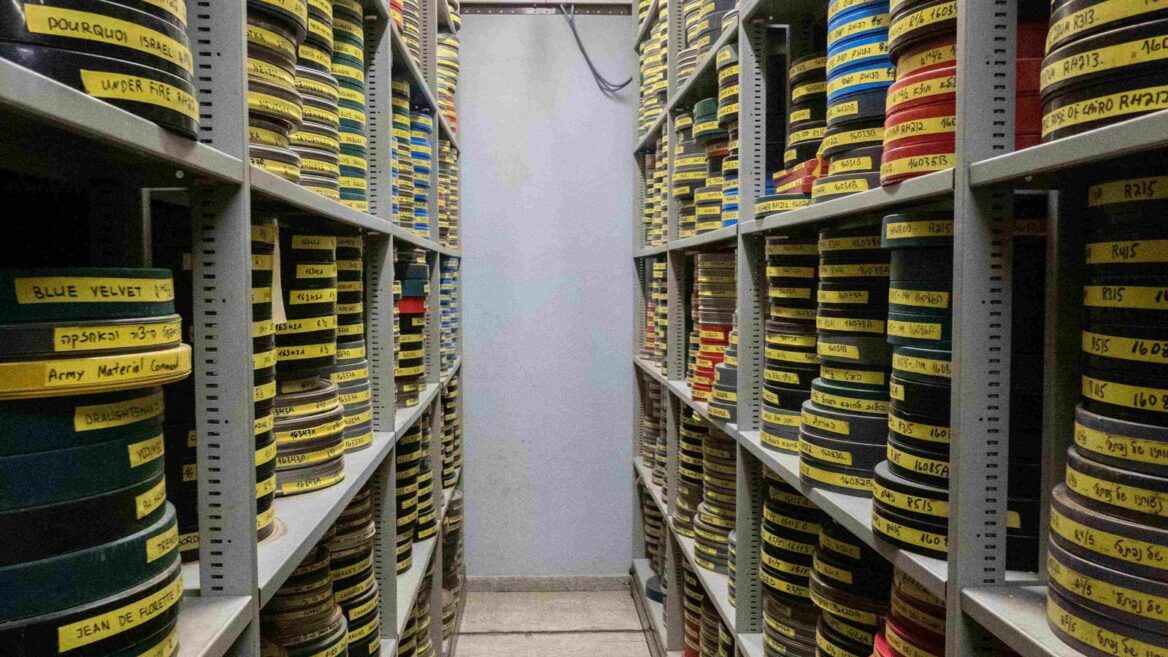 Many thousands of films from The Jerusalem Cinematheque’s Israel Film Archive have undergone digitization and are now available for all. Photo by Bar Mayer

In a fortuitous turn of events, the Israel Film Archive uploaded its extensive library online just as lockdown was looming. Considering that we exhausted all our sourdough baking skills last time around, this is very welcome news indeed.

The Jerusalem Cinematheque’s Israel Film Archive features Israeli cinema all the way from the late 19th century to the present day – that’s some 30,000 titles, recorded on two million meters of film, which showcase 4,500 hours of productions made in Israel.

This is now available on a new platform available in English. Many of the films can be viewed for free; others require a one-time payment.

The project took off in 2015, setting up the first advanced professional lab transforming film reels into digital formats at international standards. Disintegrating film reels, many of which contained the only copy of a particular film, were archived in 4K-quality digital files – saving them from oblivion. 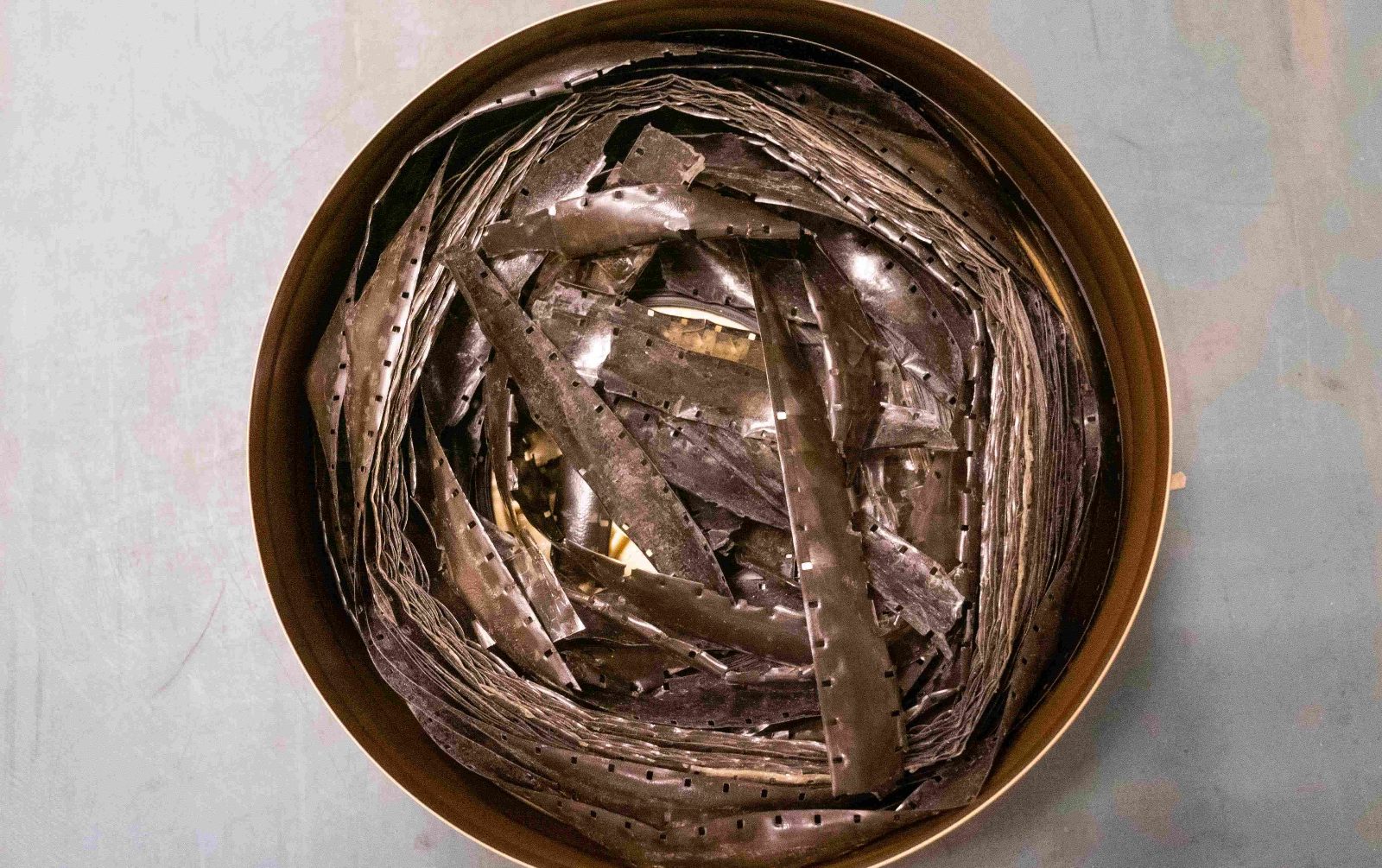 Visitors to the website can choose between two sections. The first is “The Artistic View,” which enables a search for feature and documentary films made in Israel from 1928 to the present day. These include, for example, the 1980s cult movie “Summertime Blues,” the award-winning “Noodle” from 2007 and even one film filed under the topic of “Erotica,” called “Love Life,” also from 2007.

“The Historical View” section contains thousands of pieces of diverse archival materials such as clips showing “An Outstanding Waiter Competition” from 1958, the laying of the cornerstone for the coastal city of Netanya in 1929 and children playing at summer camp in Jerusalem and Tel Aviv in 1945. 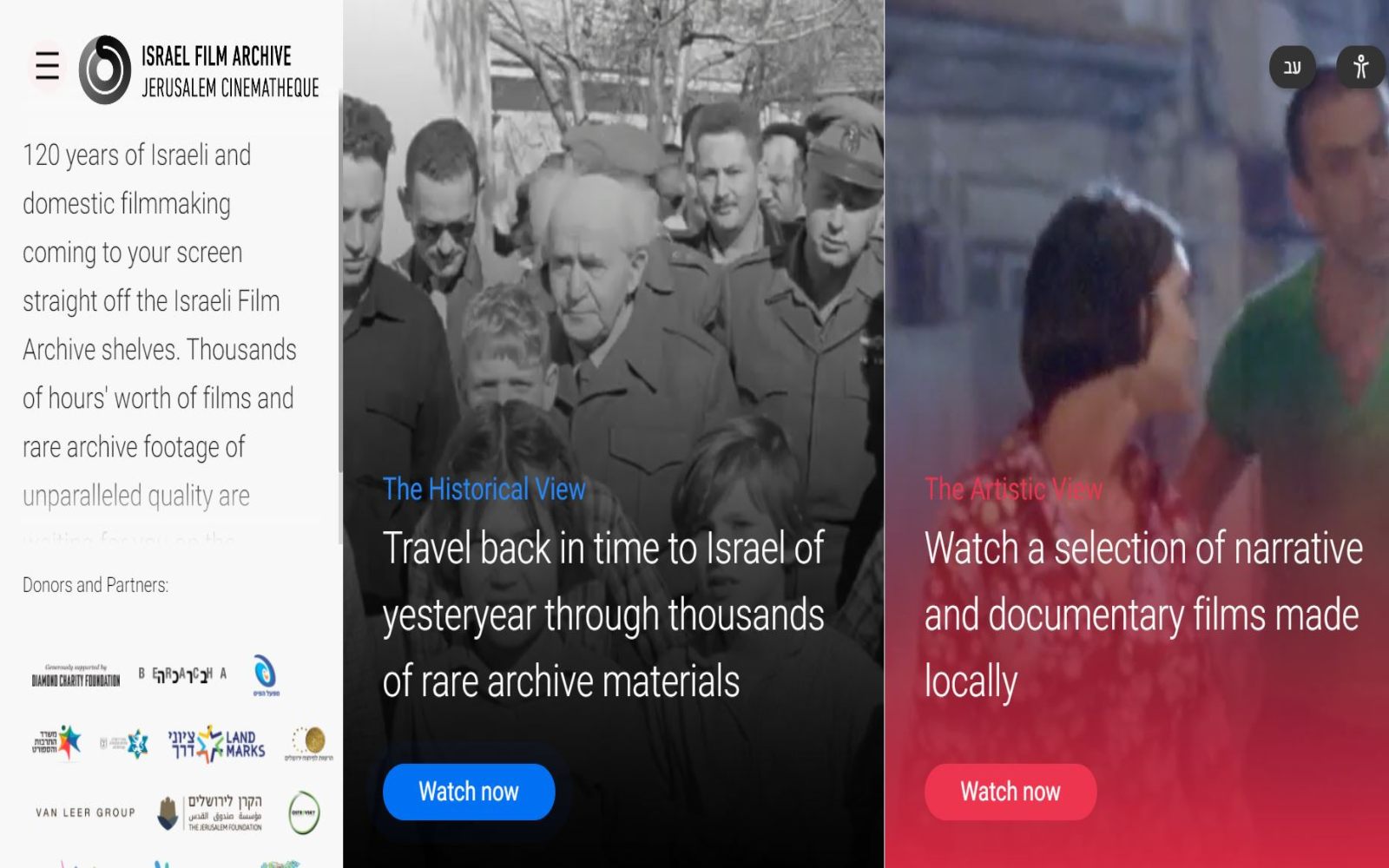 “We started working on the project seven years ago, with the aim of transforming the archive into a digital cultural institution accessible to everyone everywhere. We could not have imagined that on the day the site goes live, this vision would turn out to be so relevant,” says Noa Regev, director of the Jerusalem Cinematheque – Israel Film Archive.

“With the launch of the online platform, the archive fulfills its mission to preserve Israel’s audiovisual heritage at international professional standards, and to preserve and promote Israeli cinema in Israel and around the world. There is still a lot of work ahead of us and we are excited about the discovery of unknown cinematic treasures, scanning many rare films, creating supplementary content, and fostering new collaborations and initiatives,” she added.