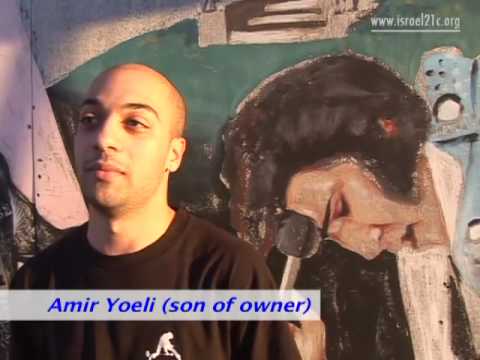 For more than 30 years the Elvis Inn at Neve Ilan just outside Jerusalem has attracted impersonators and fans from across Israel who come to celebrate the King.

Twice a year, on January 8 and August 16, Elvis lovers and impersonators across Israel are drawn like a magnet to the Elvis Inn outside Jerusalem to celebrate, respectively, the King’s birth and death.

In the mid-1970s, when Uri Yoeli’s wife threatened that it was either her or the Elvis collection, but one of them had to go, Yoeli moved his beloved Elvis memorabilia into his truck stop restaurant – today his collection numbers 728 pieces.

Photo by Michal Fattal/Flash90.
You ain’t nothin’ but a hound dog. Israeli impersonators at the Elvis Inn, near Jerusalem.

One day back then he heard a cab driver refer to his eatery as ‘the Elvis place’ and the rest is Israeli Elvis history.

Some believe that the Israeli passion for Elvis may be related to a Jewish connection – Elvis’s maternal great great grandmother was supposedly Jewish and during 1977 the singer performed wearing a necklace that sported the two Hebrew letters that spell the word ‘chai’ (‘life’ in Hebrew).