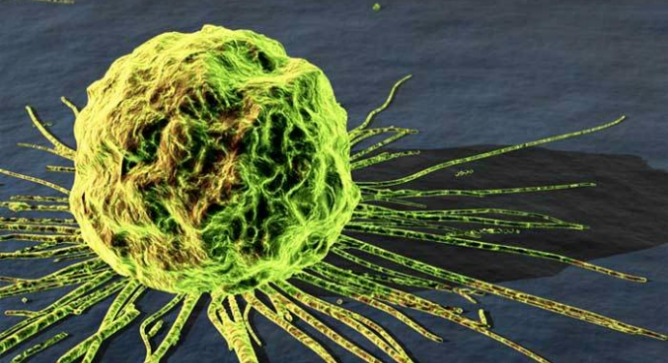 “Monoclonal antibodies” may sound like a great name for a heavy-metal band, but actually they’re the basis of best-selling pharmaceuticals raking in about $50 billion dollars a year.

The two-year-old Israeli company Immune Pharmaceuticals is fast emerging as a leader in developing new ways to use these antibodies, which are found in drugs such as Herceptin for breast cancer, Remicade to treat autoimmune diseases and Erbitux for head, neck and colorectal cancer.

“We are building an Israel-based Center of Excellence for Monoclonal Antibody Drug Development with access to best-in-class novel technologies from world-class academic institutions including the Hebrew University of Jerusalem and the Weizmann Institute of Science,” says founder and CEO Daniel Teper. “We expect to initiate collaborative research programs with biotech and pharmaceutical companies later this year.”

Teper explains that monoclonal antibodies were discovered in Britain about three decades ago and led to a Nobel Prize for Georges Köhler and César Milstein in 1984, but early attempts to use them in pharmaceuticals met with failure.

“Only in the late 1990s did the first monoclonals become successful, and in the last 10 to 15 years they’ve become one of most important classes of drugs,” Teper tells ISRAEL21c.

Israel’s Weizmann Institute of Science played a significant role in developing these drugs, which are prescribed selectively to patients likely to respond best. “This is a big step up from the 1990s, when everyone with a certain disease got the same drug,” says Teper.

‘Guided missiles’ are the future of medicine

Today’s monoclonal antibody drugs must be administered together with chemotherapy, which often is effective but can cause significant collateral damage.

At the recent meeting of the American Society of Clinical Oncology in Chicago, the buzz was about new drugs combining the power of anti-cancer drugs with the targeting abilities of antibodies. The first generation of those drugs, antibody drug conjugates, is now being approved for resistant cases of Hodgkin’s disease and breast cancer.

While currently only a few chemo pharmaceuticals can be attached to each antibody, Immune’s “guided missile” system “puts thousands of toxic drug molecules inside a nanoparticle like a spaceship, so it’s imprisoned until it gets to the cancerous tissue,” says Teper.

The method was developed by a team under Hebrew University Pharmacy School dean Shimon Benita, who chairs Immune’s scientific advisory board. Immune licensed it from the university’s technology transfer company.

“It has a double targeting mechanism — it goes through vessels into tissue, and the antibody gets it right into the cell. People are now saying the future of medicine, and specifically the future of treating cancer, is in the targeted missile.” 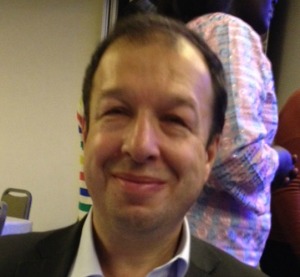 Immune director of research Oshrat Frenkel is further developing the platform in anticipation of several corporate partnerships, and the company’s new drug candidates based on this platform are getting the attention of major pharmaceutical companies even at this early stage.

In May, the company began collaborating with the Weizmann Institute to develop antibody therapeutics targeting a growth factor that causes chemotherapy resistance in many patients with gastric, head and neck, ovarian and breast cancers.

New hope for Crohn’s and colitis

The second focus for Immune Pharmaceuticals is Bertilimumab, which targets a substance found in the blood and tissue that contributes to increased inflammation. The investigational drug now entering clinical Phase II trials in all major Israeli hospitals, with results expected in mid- to late 2013.

“We know it’s well tolerated in humans, and our priority is to develop it for gastrointestinal diseases such as Crohn’s and colitis,” says Teper. “We’re finding more potential every day for this drug. It has indications for eye diseases, too — it can be administered as drops for severe eye inflammation potentially leading to corneal damage and blindness.”

“Our many programs require a lot of money,” Teper says frankly. Thanks to a portfolio that’s unusual for such a young company, Immune has raised more than $5 million from Israeli, European and US investors, including $1 million from the Office of Israel’s Chief Scientist split between the nanotech “guided missile” research and developing Bertilimumab.

“We are trying to raise $25-$30 million by the end of the year because scaling up is our focus,” says Teper. “We anticipate that in the next 12 months we will grow into a substantial company. Israelis have less experience scaling up companies, but Israel has the appropriate environment to build a global bio-pharmaceutical company comparable to what you have in the US.”

Immune Pharmaceuticals is headquartered in Herzliya Pituach with research labs in Rehovot and offices in New York City.

UNCOVER ISRAEL - Get the ISRAEL21c
Weekly Edition free by email
Sign Up Now!
Bring Israel's story to life.
Millions of people around the world rely on us to gain a deeper understanding of Israel. We are the trusted source for original content you won't find anywhere else.
You can make a difference. Donate today to support journalism that brings Israel’s story alive.
SUPPORT ISRAEL21c
Read more on:   Health, Biotech, Cancer, Immune Pharmaceuticals, drug delivery