“I’d love to be in a romantic comedy in Tel Aviv because we had an amazing nightlife there, or maybe I could play Cleopatra at Masada,” mused Sullivan & Son co-star Vivian Bang on the final day of her first trip to Israel.

Bang was part of a Hollywood contingent of visitors led by veteran actress Lea Thompson (Switched at Birth, Back to the Future) and Thompson’s husband, director Howard Deutch, under the auspices of America’s Voices in Israel, a project of the Conference of Presidents of Major American Jewish Organizations.

The cultural, historical and religious adventure from September 30 to October 6 also included C.S. Lee, co-star of the cult hit TV series Dexter; and Anson Mount, lead actor in the TV show Hell on Wheels; as well as Thompson and Deutch’s daughters – Zoey Deutch, star of the forthcoming movie adaptation of Vampire Academy: Blood Sisters; and Madelyn Deutch, a musician and screenwriter.

Guided by America’s Voices for Israel director Irwin Katsof and hosted by the Ministry of Foreign Affairs, Ministry of Tourism, El Al Israel Airlines, David InterContinental and Inbal Hotels, the group toured the Golan Heights and Gaza border regions, explored Israel’s high-tech and boutique wine industries, visited Masada and the Old City of Jerusalem, and partied long into the night in Tel Aviv.

Lee was mobbed by Israeli admirers wherever he went. “I had no idea Dexter was so popular in Israel,” said the Korean-American actor. “It was great meeting all the fans.” 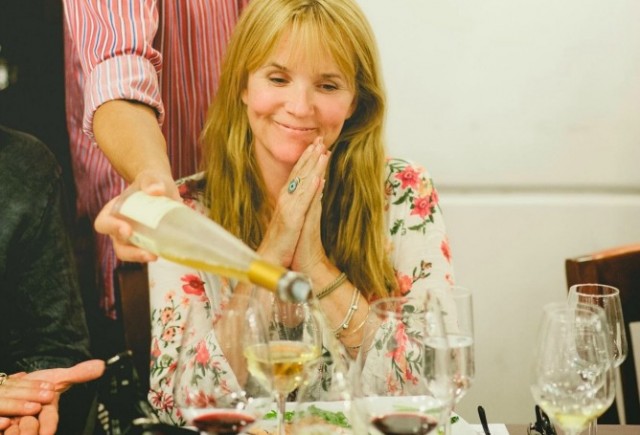 Speaking with members of the press at the Inbal in Jerusalem, each participant told ISRAEL21c there had been surprising elements about the tour – from the “resort vibe of the beaches” (Howard Deutch) to the consistently excellent wines (Lee).

“I was surprised by how much everyone enjoys their life here,” says Madelyn Deutch. “My sister observed that people burn their candles here and eat their candies. In LA, we hide our nuts like squirrels and don’t enjoy our day-to-day as much as Israelis do.”

Her mom was amazed by “the diversity of experiences you can have here in such a short time — swimming in the Mediterranean and the Dead Sea, all the museums, the desert, so many interesting people and perspectives.

“There is such an ancient feeling here that speaks to your heart in a way that no other place that I’ve ever been has.”

For Bang, a visit to the New Media Department of the Israel Defense Forces shattered here “grim misconception” about the military in Israel. 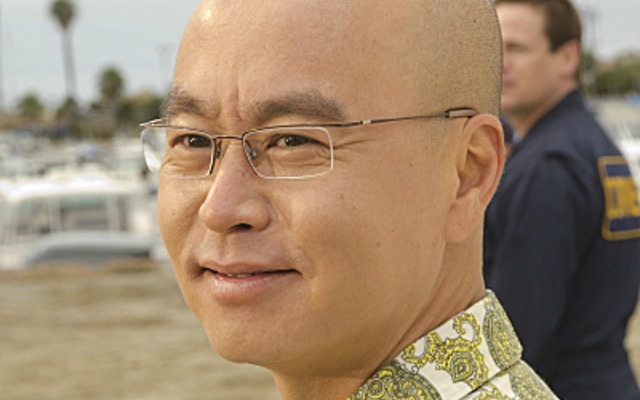 “I didn’t realize that going into the army here is actually kind of like a college where you get placed in different groups and learn different skills,” she told ISRAEL21c.

“It was so refreshing to meet these really intelligent young people from all over the world, coming to make a difference. We met people from New Jersey, Chicago, New Zealand, Belgium, France — all so smart and so enthusiastic, showing us their Twitter sites and Facebook sites. The army here is more like an educational process.”

Mount related that what most impressed him was “the clearly visible effects of responsible land use. When you go to the Golan Heights, where they have a very proud wine business, and then you go to the Syrian border, you can very clearly see the dividing line between Israel and Syria due to the color. Israel has cultivated green, while Syria is still brown. It makes you realize this is really fertile territory and I had no idea about that.”

The Hell on Wheels lead actor got introduced to the Israeli film industry by viewing the Academy Award-nominated Footnote en route to Israel. “I will make a concerted effort to see more Israeli films,” pledged Mount, who said Israel had long been on his “top five” list of new places to visit.

Madelyn Deutch, who just completed a screenplay to star her sister, said she would love to do some of the shooting in Israel.

“Parts of Tel Aviv would double for New York insanely well,” she said. “There’s a similar vibe and urban feel. It would be awesome to shoot some exteriors for my new film there.”

UNCOVER ISRAEL - Get the ISRAEL21c
Weekly Edition free by email
Sign Up Now!
Bring Israel's story to life.
Millions of people around the world rely on us to gain a deeper understanding of Israel. We are the trusted source for original content you won't find anywhere else.
You can make a difference. Donate today to support journalism that brings Israel’s story alive.
SUPPORT ISRAEL21c
Read more on:   Culture, Entertainment, Hollywood stars, Voices for Israel