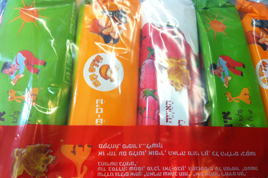 Move over SpongeBob, Winnie the Pooh and any number of beloved children’s’ characters that have lent themselves to product licensing. Supermarket chain Super-Sol (also known as ShuferSal) last week stocked its shelves with a line of products featuring some of the best loved characters from Israeli children’s books.

The line includes products that you might expect back-to-school backpacks and wall stickers, as well as the launch of baby care products: shampoo and wet wipes in a package that is, in fact, labeled “The Wet Wipes Library”. 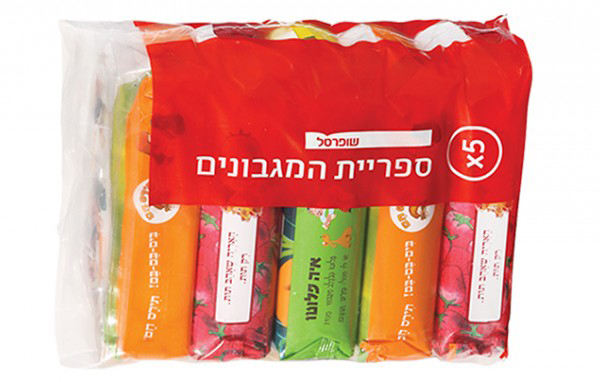 It was this product that launched in turn a hue and cry among the literati that was put perhaps most succinctly by journalist Noa Osterreicher who posted on Facebook: “As of today, your children can wipe their asses with the finest of HaKibbutz Hameuchad Publishing House’s classics! Miriam Roth, Leah Goldberg and Tirza Atar are rolling in their graves.”

Time Out Tel Aviv reported that, “Amir Ben-David, Economics Editor for I24news posted that: “Every time we get to the bottom and it seems  we can go no lower, the sounds of digging are heard and to our horror it turns out that another cultural terror tunnel has been dug directly below us”.

Strong words but it is a shock. Up until now, the extent of commercialization of these characters — if you could call it that — had been along the lines of Holon’s Story Garden, a lovely and award-winning project of sculptures depicting such lifelong children’s books friends like the kids from Tiras Ham (Hot Corn) and Maase b’Hamisha Balonim (A Tale of Five Balloons), the lost dog from Ayeh Pluto (Where is Pluto?) and many others. 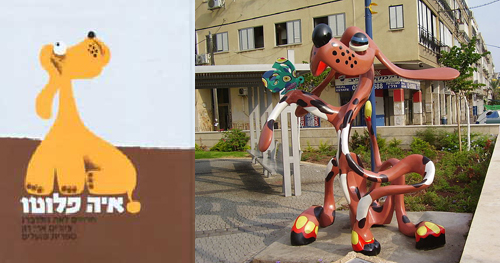 Time Out reporter Guy Farchi was slightly more forgiving, pointing out that “You can’t expect much from a corporation like Super-Sol but before rushing to lash out at Hakibbutz Hameuchad, you must take into account the difficult situation of the book market in recent years. Although children’s literature is actually considered the more lucrative side of the industry, didn’t all this start with contempt for authors and their work that forced publishers to market their books at the lowest prices, leaving no choice but to be drawn into this kind of cooperation? Either way, it is interesting that the publisher chose to sell the rights of authors no longer among the living. Leah Goldberg, Tirza Atar and Miriam Roth will not be able to rise up and object.”

Noa Epstein, deputy editor Haaretz took an entirely opposite view noting that “You all keep repeating ‘Wipe their asses’ like it’s such a bad thing compared to all the other things one does with children. Wet wipes, as any parent knows, aren’t just for wiping bottoms, they are a world unto themselves and make up 90% of most toddler activities. I would gladly give up Hello Kitty and the Princesses in favor of Pluto-branded toilet paper.”

Super-Sol stated to website Mako that the branding was done in cooperation with the publishing house while the United Kibbutz Movement “declined to comment on the issue”.

It is very likely that in the end, the consumer will determine whether or not these products stay on the shelves. Strange that out of the pantheon of beloved characters, HaKina Nehama (Nehama the Louse) was left off of the shampoo bottles. Now, there’s a tie-in on which we could all agree. 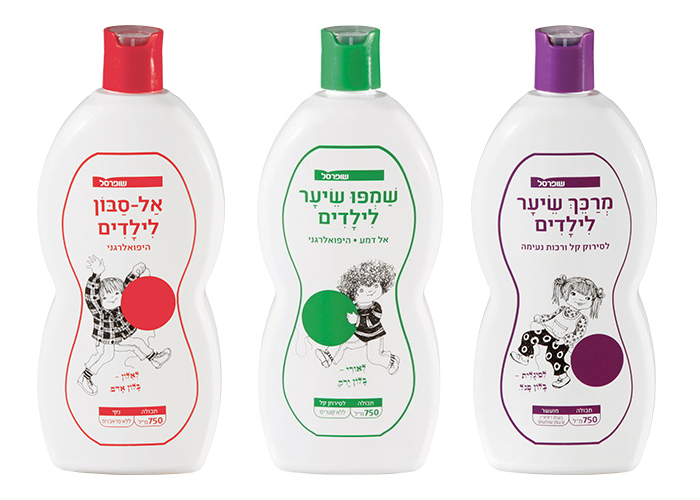