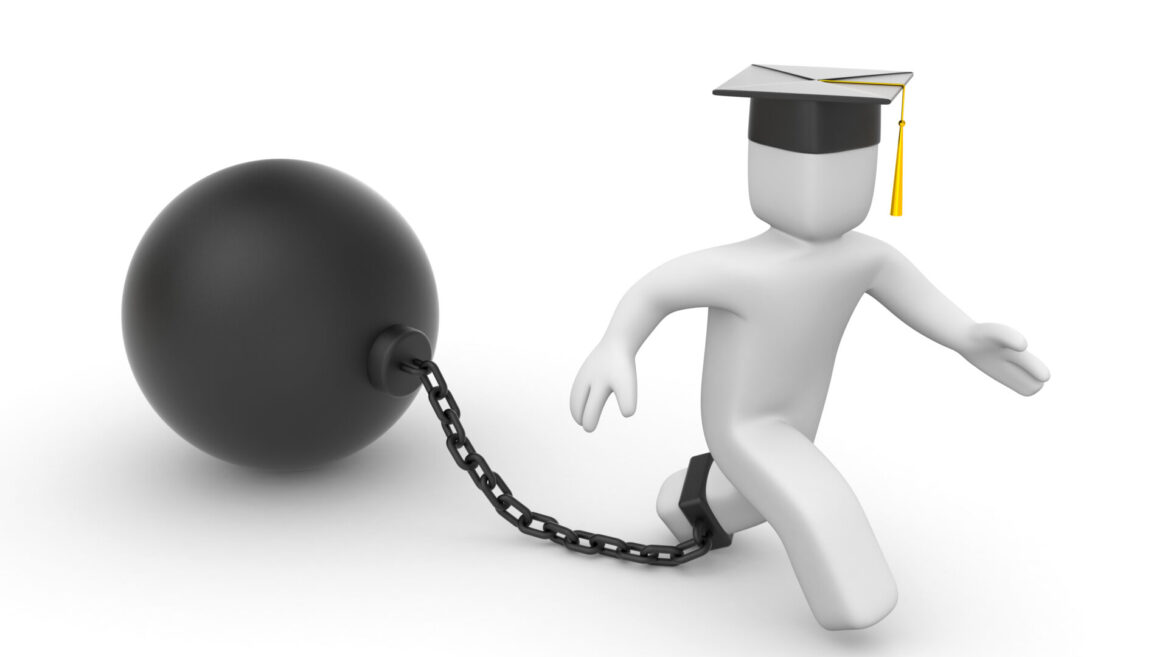 Image by Palto via Shutterstock.com

Stress associated with student loan debt leads to nearly half the graduates of four major American universities failing to secure fulltime employment, according to a study by Israeli and US researchers published earlier this year in the Journal of Applied Psychology.

The researchers discovered that anxiety about having to pay back tens of thousands of dollars can lead to a lack of concentration during job interviews, lack of follow-up on potential job leads, or choosing to take odd jobs rather than making a methodical search for the right job.

“Student loan debt represents an important phenomenon in the United States, as around 61% of bachelor’s degree recipients graduate with a debt of over $28,100. Although studies emphasize that holding student loan debt delays the transition to adulthood in terms of marriage and home ownership, little is known about its impact on employment,” the authors write. “The current study draws from Conservation of Resources theory to argue that student loan debt acts as a major financial stressor for new labor market entrants during job search.”

To investigate if their theory was accurate, the researchers focused on seniors during their final semester of college, following up with them through the first month after graduation – the period in which many American students are in touch with potential employers, seeking jobs that fit their qualifications.

The findings indicate that only 52 percent of the new graduates began to work fulltime (35 hours per week or more) immediately following graduation.

Prof. Peter Bamberger of Coller School of Management at Tel Aviv University says he and his colleagues hypothesized that financial pressure associated with student loans may have two opposite effects.

It could have a positive effect, adding extra motivation to find a well-paying job and work to pay off the debt. Or it could have a negative effect, when the financial pressure generates mental stress that is detrimental to the demanding task of seeking employment.

The study included 1,248 undergraduates with an average student loan debt of about $28,000. They answered a range of questions: how much they owe, the financial pressure they experience, the stress they feel with regard to the job-search process, how many hours they worked per week during their last semester in college, and their employment status upon graduation.

The findings indicate a direct correlation between the amount of debt and the level of financial pressure that leads to mental stress – which, in turn, negatively impacts the effectiveness of the job search.

The greater the stress, the lower the chances of securing fulltime employment upon graduation. Previous studies indicate this situation may be detrimental to the individual’s earning potential later on. The hypothesized positive effect of increased motivation due to financial pressure was found to be marginal at best.

Bamberger concludes: “Our findings have several practical implications: First, students seeking employment should take active steps to reduce the stress they feel, and conduct a methodical job search with long-term benefits, rather than looking for fast, easily available employment. Universities, on their part, should initiate stress-management and job-search workshops, as well as financial-planning programs, to help their students enter the workforce in a more advantageous manner.”