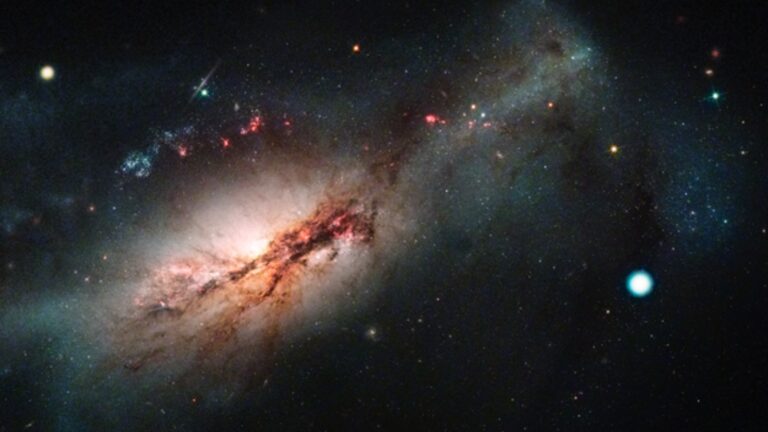 A color composite of the electron-capture supernova 2018zd (the large white dot on the right) and the host starburst galaxy NGC 2146 (toward the left). Credit: NASA/STScI/J. DePasquale; Las Cumbres Observatory

Researchers from Tel Aviv University and the University of Tokyo have identified a rare “electron-capture” supernova, and in the process, may have shed light on an astrophysical mystery dating back nearly 1,000 years.

Iair Arcavi, from TAU’s Faculty of Exact Sciences, participated in a study that uncovered a third type of stellar explosion. The newly identified electron-capture supernova falls somewhere between the two more well-known types.

The study was published in the scientific journal Nature Astronomy and focuses on a supernova named SN2018zd, discovered in 2018 by a Japanese amateur astronomer.

“We started by asking ‘What’s this weirdo?’” recalled Daichi Hiramatsu of the University of California Santa Barbara and Las Cumbres Observatory, who led the study. “Then we examined every aspect of SN2018zd and realized that all of them can be explained in the electron-capture scenario.” 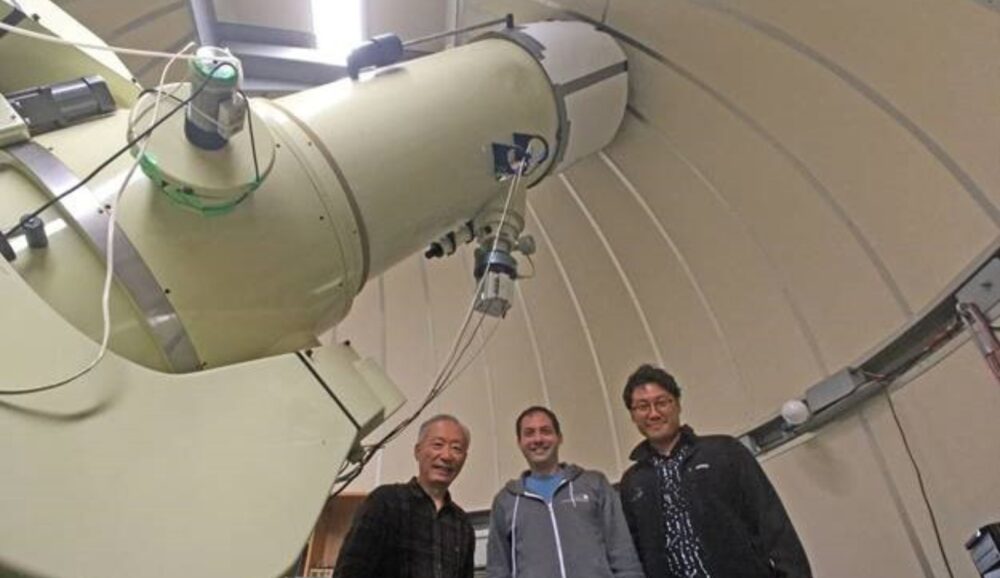 SN2018zd is relatively nearby – only 31 million light years away. That’s close enough that it could be identified in pre-explosion archival images taken by the Hubble Space Telescope.

And it may shed light on a supernova observed in 1054 CE right in our own Milky Way galaxy.

According to Chinese and Japanese records, this supernova was so bright that it could be seen in the daytime and cast shadows at night. The resulting remnant is known today as the Crab Nebula. While researchers can’t know for sure that the Crab Nebula developed because of an electron-capture supernova, the latest results increase their confidence that this was, in fact, the case.

“It’s amazing that we can shed light on historical events in the universe with modern instruments,” says TAU’s Arcavi. “Today, with robotic telescopes that scan the sky in unprecedented efficiency, we can discover more and more rare events which are critical for understanding the laws of nature, without having to wait 1,000 years between one event and the next.”

Arcavi is a member of the Global Supernova Project and makes use of the Las Cumbres telescope network to study rare transient phenomena like supernovae, neutron star mergers, and stars torn apart by black holes.

UNCOVER ISRAEL - Get the ISRAEL21c
Weekly Edition free by email
Sign Up Now!
Bring Israel's story to life.
Millions of people around the world rely on us to gain a deeper understanding of Israel. We are the trusted source for original content you won't find anywhere else.
You can make a difference. Donate today to support journalism that brings Israel’s story alive.
SUPPORT ISRAEL21c
Read more on:   News, astronomy