Ephraim Kishon, the great Israeli humorist and satirist, author, dramatist, screenwriter, and Oscar-nominated film director, died 10 years ago this week — and the loss is still keenly felt. His legacy is being celebrated this month in Tel Aviv with a festival of Kishon plays and film.

Kishon’s words, movies and plays skewered Israeli society, cleverly and lovingly, in ways that still ring true decades after they were first written. A few gems:

“Each of our parties has a Hebrew letter as its symbol. Lately, new political parties have been spawned at such a rate that the enlarging of the alphabet is being seriously considered”.

“It is related that at one of the hospitals there was a patient who had undergone stomach surgery, and whose tormenting pangs of hunger the doctors were trying to relieve by hypnosis.
“You are now eating nice potato soup” — the doctor suggested. “A whole plateful of nourishing potato soup…”
“Why don’t you suggest something better?” — a sympathetic nurse asked. “Let’s say chicken casserole with chips and lettuce salad?”
“Sorry” — said the doctor. “This is a kupat holim [HMO] patient…”

“We feel boundless respect for everything manufactured abroad. There are two deep-seated reasons for this: a) An inbred inferiority complex resulting from centuries of oppression in the Diaspora. b) The superior quality of foreign products”.

“We are not at all afraid of atomic war. We are too little for that: a nuclear bomb dropped on Tel Aviv would also obliterate Cairo and Damascus”.

“About 50 years ago, two Jews got stuck in a desolate sandy desert, and one of them expressed the view that no human being could possibly survive in that place. The other said that where there is a will there is a way. They made a wager. That’s how Tel Aviv was founded.” 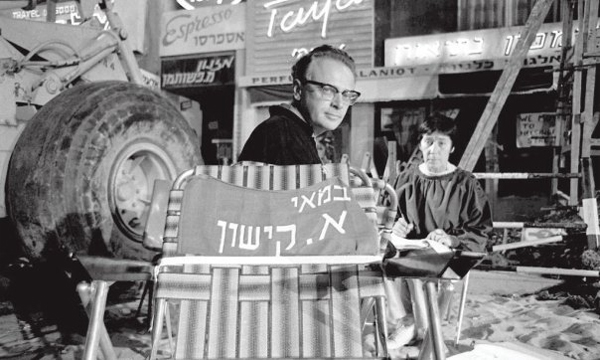 According to his official biography, “Ephraim Kishon was born in Budapest, Hungary in 1924 into a middle-class Jewish family. Born as Ferenc Hoffmann, Kishon graduated at a high school of metal sculpture and studied art history. He began publishing humorous essays and scripts for the theater in Hungary.

“During World War II the Nazis imprisoned him in several concentration camps. In one camp, his chess talent helped him survive as the camp commandant was looking for an opponent. In another camp, the Germans lined up the inmates shooting every tenth person, passing him by. He later wrote in his book The Scapegoat, ‘They made a mistake—they left one satirist alive.’

“Kishon managed to escape while being transported to the Sobibor death camp in Poland, and hid the remainder of the war disguised as Stanko Andras, a Slovakian laborer. After 1945 he changed his surname from Hoffmann to Kishont to disguise his Jewish heritage and returned to Hungary to study art and publish humorous plays. He immigrated to Israel in 1949 to escape the Communist regime, and an immigration officer gave him the name Ephraim Kishon.

“In Israel, acquiring a mastery of Hebrew with remarkable speed, Kishon started a regular satirical column in the easy-Hebrew daily publication, HaOmer, just after two years in the country. From 1952, for over thirty years, he wrote the column ‘Chad Gadya’ in the daily paper Ma’ariv. Devoted largely to political and social satire but including essays of pure humor, it became one of Israel’s most popular columns. His extraordinary inventiveness, both in the use of language and the creation of character, was applied also to the writing of innumerable skits for theatrical revues.” 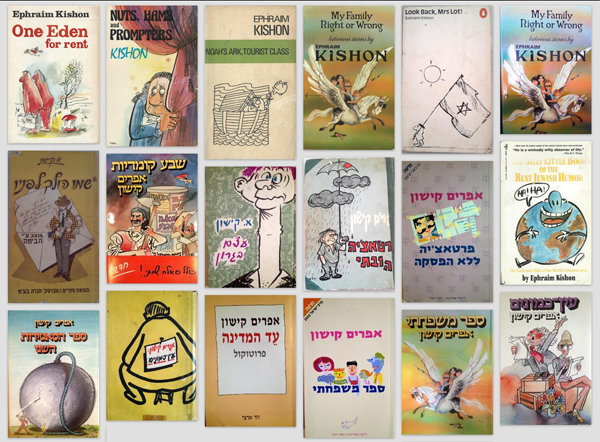 Kishon wrote and directed films that rank among Israeli cinematic classics: Sallah (1964), a comedy about the chaos of immigration and resettlement in the newly established State. Sallah was Oscar nominee for Best Foreign Language Film and Golden Globe Award winner — an achievement matched, to date, by no other Israeli film. The Blaumilch Canal, also known as The Big Dig (1971), is perhaps the best depiction possible of Israeli bureaucracy. A madman escapes from the asylum and starts jack-hammering one of Tel Aviv’s main streets, confounding the municipal clerks who can’t  — or won’t– stop  the activity, so convinced are they that it must have been authorized by someone. The Blaumilch Canal was nominated for the Golden Globe Award. Kishon wrote over 50 books, mainly in Hebrew, many of which were translated into over 38 languages. His plays The Marriage Certificate and Oh, Oh, Juliet! are considered international classic comedies.

In addition to numerous international awards, in 2002 Kishon was awarded Israel Prize for his lifetime achievement and special contribution to society and the State of Israel. 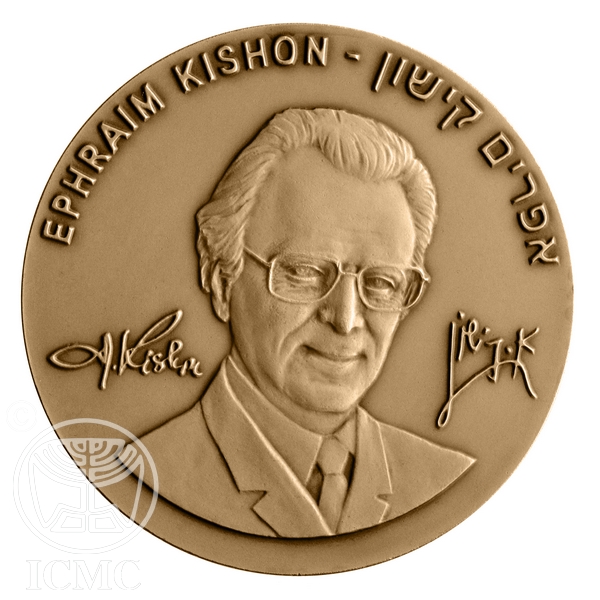 His biography notes that, “Kishon rejected the idea of universal guilt for the Holocaust and had many fans in Germany. Kishon said ‘It gives me great satisfaction to see the grandchildren of my executioners queuing up to buy my books.'”

In honor of the 10th anniversary of his death, the Kishon family estate is planning several festivals, tribute evenings and film retrospectives in Israel, Germany and the US. To keep posted, visit the Ephraim Kishon website or join the Facebook page.

Photos courtesy of EphraimKishon.com and the Israeli Center for Documentation of the Performing Arts at Tel Aviv University.