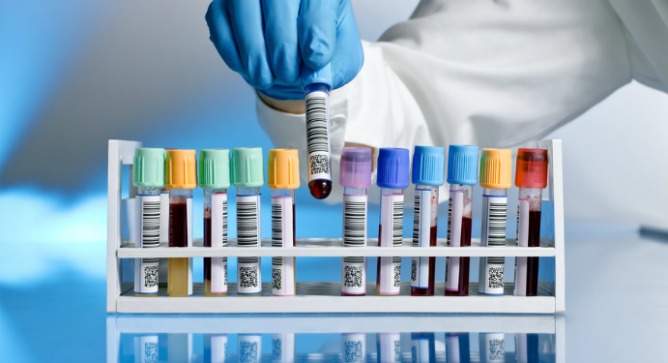 “Today one of the main weaknesses in the Alzheimer’s area is that patients don’t find out until it’s too late,” says Ilya Budik, CEO of NeuroQuest, an Israeli company developing a novel blood test for early detection of the most common cause of dementia worldwide.

“There are many new therapies under development, and the most successful trials are showing the earlier a patient is treated, the better likelihood of responding to the treatment,” he says.

A portfolio company of the government-supported Misgav Venture Accelerator in northern Israel, NeuroQuest recently received $500,000 in a funding round led by the InterTech Group in South Carolina and the Maryland/Israel Trendlines Fund.

This half a million dollars will enable NeuroQuest to progress towards a validation clinical trial at four US medical centers, and to establish a US development center, possibly alongside its South Carolina partners.

Its first human trials in Israel showed NeuroQuest’s test — which is based on 20 years of research by Prof. Michal Schwartz of the Weizmann Institute of Science — to be 87 percent accurate with an 85% specificity rate in detecting Alzheimer’s and ALS, two common neurodegenerative diseases. With blood tests, Budik explains, anything over 70% is considered medically significant.

“That gave us proof of concept for Prof. Schwartz’s discovery that certain parts of the immune system are involved in protecting the central nervous system and also in healing it from neurodegenerative diseases or neural injury,” Budik tells ISRAEL21c.

Encouraged by these successful results, the company went into a more aggressive mode to determine how its niche product could fit specifically into the global Alzheimer’s market. NeuroQuest hired new management and built up a team with experience in running clinical trials in this space.

And because the Alzheimer’s population in Israel is too small for major clinical testing, NeuroQuest brought aboard Dr. Jacobo Mintzer, chief of geriatric psychiatry and co-director of Alzheimer’s research and clinical programs at the Medical University of South Carolina (MUSC).

Aside from his prominence and expertise in the field, Mintzer did his post-doc at the Hebrew University-Hadassah Medical School and is married to an Israeli, Budik relates, “so he was excited to get his hands on a novel project from Israel.”

That connection put NeuroQuest on the itinerary of a November 2011 business opportunity-seeking mission from the South Carolina-Israel Collaboration, headed by Jonathan Zucker of InterTech. The meeting paved the way for the recent investment round.

Right place at the right time

Budik says the first of 170 test subjects will be recruited beginning next summer. The trials will be overseen by the Harvard Clinical Research Institute, and Harvard Medical School is to be one of the four testing centers.

“A clinical research organization allows the trial to be more impartial and controlled, and benefits the company because the trial is run by specialists making sure it’s safe for the patients,” explains Budik. “We’re just doing a blood draw, but we still want to make sure everyone involved is involved for the right reasons.”

If the trials go as hoped, NeuroQuest could find itself in the right place at the right time. That’s because in late 2012, the US Food and Drug Administration approved Amyvid, a radioactive diagnostic agent for positron emission tomography (PET) imaging of the brain to see the density of harmful plaques in adults being evaluated for Alzheimer’s and other causes of cognitive decline. It wasn’t possible until now to evaluate these plaques in a living patient.

However, a PET scan costs up to $6,000 – meaning that Amyvid will not be widely available. Budik says that a relatively inexpensive positive blood test using NeuroQuest’s technology could provide enough cause for a health insurer to authorize the highly accurate PET imaging. So the two breakthroughs may work well together for the greater good.

“We envision that in 10 to 15 years, the Alzheimer’s market will look like the cancer and heart disease market looks today,” says Budik, who is in talks with other potential investors and partners. “One doesn’t want to find out one has heart disease if a heart attack is coming tomorrow. One wants to take medication to lower cholesterol and blood pressure at the first sign of high cholesterol so that the heart attack might not happen at all.”

NeuroQuest’s management hopes to provide the same early-warning capability to people in the first stages of Alzheimer’s, ALS, Parkinson’s and other progressive neurodegenerative diseases.

UNCOVER ISRAEL - Get the ISRAEL21c
Weekly Edition free by email
Sign Up Now!
Bring Israel's story to life.
Millions of people around the world rely on us to gain a deeper understanding of Israel. We are the trusted source for original content you won't find anywhere else.
You can make a difference. Donate today to support journalism that brings Israel’s story alive.
SUPPORT ISRAEL21c
Read more on:   Health, Biotech, dementia, blood test, NeuroQuest, Ilya Budik