A Bauhaus building on Yael Street.

When Micha Gross first moved to Tel Aviv 18 years ago from his native Switzerland, he didn’t even know that there was such a thing as the “White City.”

Today, however, he and his wife, Shlomit, as directors of the Bauhaus Center, know quite a lot about the historic architecture on the shores of the Mediterranean — the largest such collection of white buildings in the Bauhaus style in the world.

“We are very proud of our White City,” says Gross, who for the past 11 years has conducted tours of the Tel Aviv neighborhoods containing Bauhaus buildings.

How the staunchly European Bauhaus modernist architecture ended up in the sandy dunes of Tel Aviv is all a matter of historical timing and Middle Eastern flexibility, explains Gross.

A group of young European architects had studied at the renowned Bauhaus (“House of Construction”) school of design in Weimar Germany, which was in operation from 1919 to 1933. They subsequently fled the Nazis and immigrated to Palestine in the 1930s, bringing their skills and talents to the fledgling city. Over the next decade, they would design and build thousands of edifices, resulting in a “White City” of Bauhaus architecture.

“Tourists from all over the world are just amazed when they learn that there’s such a huge collection of buildings in the modernist style in Tel Aviv,” says Gross.

Modernist architecture in a Mideast setting

Before the influence of the European Bauhaus-trained architects, most buildings in Tel Aviv were modeled after traditional Middle Eastern dwellings, in which flat-topped or domed stone structures were built around a central courtyard. That all changed with the influx of many new immigrants. 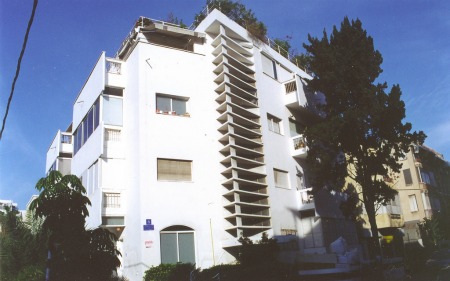 An example of Bauhaus style on Frug Street.

“A lot of buildings needed to be constructed, and that was the style they brought with them — the modernist International Style, or as we call it today, the Bauhaus style,” says Gross.

Among the 20 young immigrant Bauhaus-trained architects to Palestine were Arie Sharon, Shmuel Mistechkin and Shlomo Bernstein.

According to Dr. Michael Levin, a professor at the Hebrew University and an expert on Israel’s Bauhaus architecture, the architects would meet in coffee shops and on street corners to devise their plans.

“They were very lucky, because Tel Aviv was a new city, and these architects had hundreds of commissions to create new buildings. This could never have happened in Europe because all the cities there had already been built up,” Levin told the online magazine Indulged Traveler. 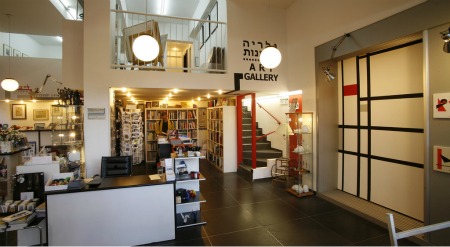 About 4,000 buildings in the new modernist style were built in Tel Aviv between 1932 and 1948, the year Israel was founded. In 1984, in celebration of Tel Aviv’s 75th year, an exhibition was held at the Tel Aviv Museum of Art entitled ‘White City, International Style Architecture in Israel, Portrait of an Era.”

This exhibit helped awaken awareness and popularized the use of the name “White City,” after the buildings’ white veneer.

Despite the treasure in their midst, however, Tel Aviv authorities let the Bauhaus buildings decay for decades until the Tel Aviv-Jaffa municipality set up a conservation team in 1991 under the direction of architect Nitza Metzger-Szmuk, who had conducted an architectural survey of the city’s international building styles in the 1980s. A book, Dwelling on the Dunes, and the city’s first preservation plan resulted.

This effort was boosted in 1996 when the White City was listed as a World Monuments Fund endangered site. And in 2003, the United Nations Educational, Scientific and Cultural Organization (UNESCO) proclaimed Tel Aviv’s White City a World Cultural Heritage site. The citation recognized the unique adaptation of modern international architectural trends to the cultural, climatic and local traditions of the city.

Some of the buildings had already been neglected to the point of ruin and had to be demolished. However, the municipality passed legislation in 2009 for the preservation and restoration of more than 1,000 buildings. 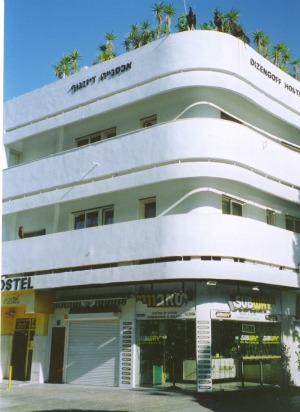 Dizengoff Circle, slated for renovation, was the heart of the early Bauhaus movement.

However, as Gross explains, Tel Aviv doesn’t give grants. “They have a program whereby they give the owners the option of adding a floor or two to existing buildings, and when the owner sells those apartments, part of the money has to go to restoring the rest of the building.”

Tourists increasingly patronize the Bauhaus Museum and join walking tours offered by the Bauhaus Center. The main touring areas are Rothschild Boulevard (and the surrounding area of Sheinkin), and Dizengoff, Bialik, Mazeh and Kalisher streets.

According to Gross, these tours are popular with officials from foreign governments eager to learn how Israel is dealing with preservation of landmarks in the middle of a modern city.

“In recent months, we’ve had the German minister of interior and about 50 members of the Paris municipality on our tours,” says Gross.

“We see our job as being educational. We want to show the public that there’s something wonderful going on in Tel Aviv, and that preserving it will be for the benefit of the whole population of the city.”