This is a photograph of the 1917 Australian Light Horse charge on Beersheva that was a critical victory over Turkey during the First World War. Or is it? 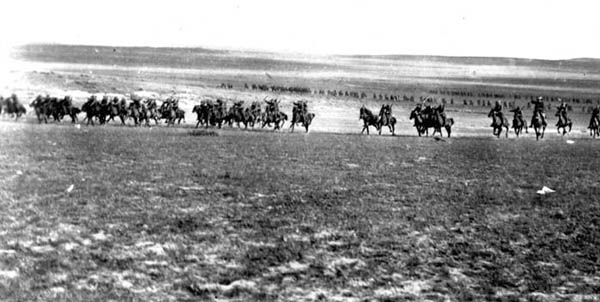 “For nearly sixty years, the authenticity of this photograph has been hotly debated,” states the Australian Light Horse Association on its website. “It was claimed to show the Light Horse charge at Beersheba on 31 October 1917. But the photographer was unidentified, the original negative could not be located and the viewpoint of the charge seemed unlikely. How does a photographer come to be in no man’s land in the path of an actual cavalry charge?”

Controversy swirled around this image from the very start, with “the official view of the Australian War Memorial… that it was actually taken during a re-enactment of the charge staged for an official cameraman at Belah on the coast of Palestine some five months later.” There were also a theory that “the photograph had been taken by a Turk and found in his camera when he was captured.”

“The photograph first appeared as a copied snapshot passed around among light horsemen on the Palestine front in 1918. By December 1920, when an exhibition of war photographs toured Australia… the theory that it actually showed the Belah re-staging had already been advanced. However, this notion was effectively squashed when Brigadier General Grant (who had directed the charge) and members of his staff examined the photo and pronounced that while the landscape in it tallied with that at Beersheba, it did not match the terrain at Belah. Grant also said that the charge was shown in correct formation, finally declaring, ‘I cannot and will not take exception to the claim made in the Exhibition catalogue that it is a photograph of the actual charge'”. 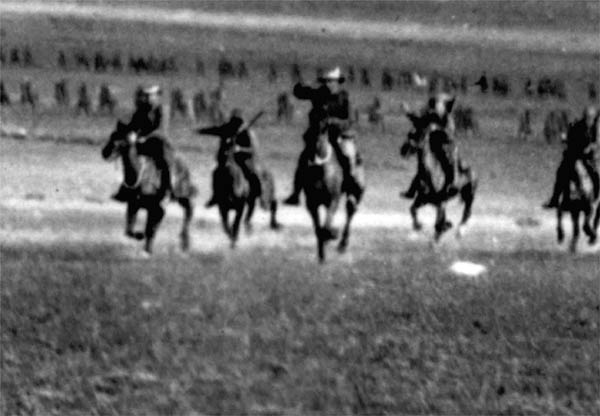 The charge itself is considered “one of the most strategic and decisive Allied victories of the First World War” according to a proposal for a museum made by the Light Horse Association. “The charge by the 4th (Victorian) and 12th (New South Wales) Light Horse Regiments of the 4th Light Horse Brigade took place over 6kms of open ground, under heavy enemy fire. In one dramatic hour the Australian Light Horsemen, backed up by the New Zealanders, captured the city of Be’ersheva.”

“The battle’s significance in the context of the war was that it broke the back of the Turkish German resistance in the Middle East. In more far reaching geopolitical terms, it proved to be one of those pivotal history changing moments.” 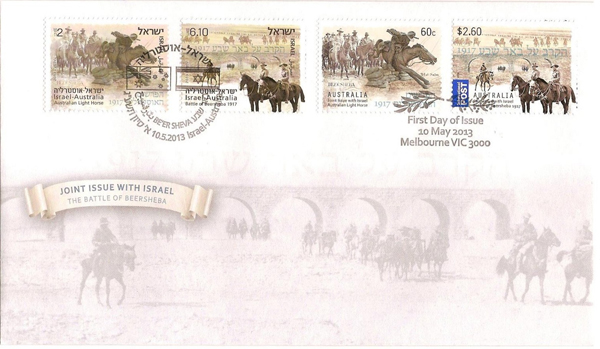 The event received additional recognition at its annual memorial ceremony on Friday when it was announced that the Australian and New Zealand Army Corps (ANZAC) museum dedicated to the 1917 Battle would be established in Beersheva.

Speaking at the ceremony, Australian Ambassador to Israel Dave Sharma noted that, “The so-called Sykes-Picot settlement – the borders and states of the modern Middle East – is under strain elsewhere. But one element in particular of it endures. For it was on this very same day, 31 October 1917, that the British War Cabinet approved the text for what would become the Balfour Declaration, a declaration of sympathy for Zionist aspirations. Setting off a chain of events that would eventually lead to the creation of the modern state of Israel in 1948.” (The full text of the Ambassador’s address is available online).

The new museum will be a highlight along the JNF-KKL’s 100 kilometer ANZAC Trail which retraces the route taken by the horsemen when they conquered Beersheba. This was reenacted in 2007 on the battle’s 90th Anniversary by members of the Australian Light Horse Association. A large Australian Light Horse contingent plan to reenact the ride in 2017, the 100th Anniversary of the great charge. Hopefully, construction of the museum will be well underway by then.

For more images and information, visit the Australian Light Horse Association website and the Society for the Heritage of World War 1 in Israel website.