Hydroponically grown flowers greet visitors to the Green Roofs garden at the Al-Hayat School in Kfar Qassem. Photo by Alon Messika/Peres Center for Peace and innovation

More than 300 Arab and Jewish Israeli children recently joined forces to create a sustainable garden at the Al-Hayat School in the Arab town of Kfar Qassem in central Israel. The Kfar Qassem kids were joined in the project by children from the nearby Jewish community of Kfar Saba.

The “Green Roofs” project, under the auspices of the Peres Center for Peace and Innovation, was funded by USAID.

For several months leading up to the planting of vegetables, spices, perennials and hydroponic plants, the seventh-graders learned about sustainability, environmental responsibility, climate crisis and consumer culture. 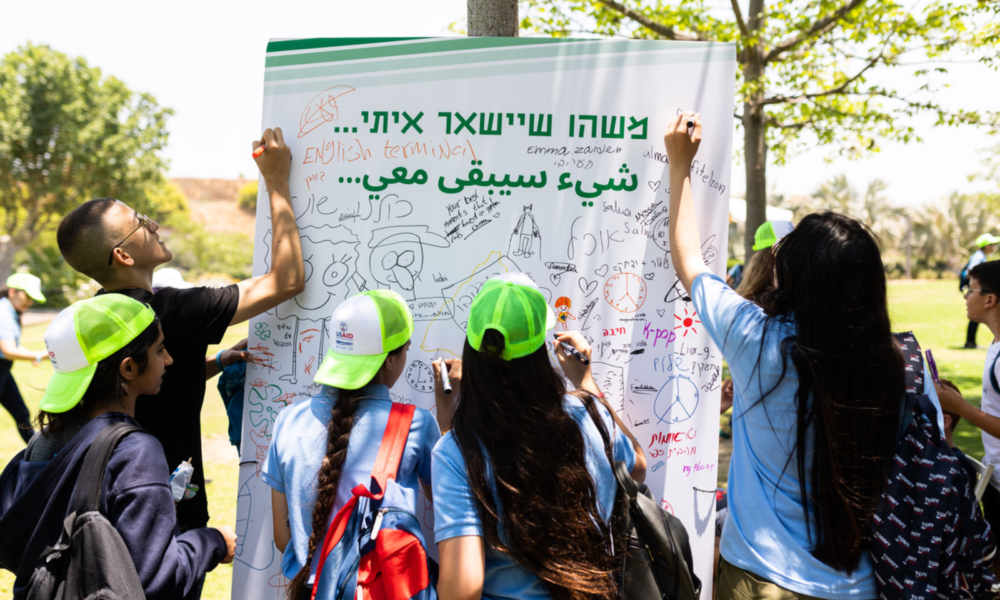 Seventh graders from Arab and Jewish communities inscribe messages for their Green Roofs garden. Photo by Alon Messika/Peres Center for Peace and innovation

The program also served to connect the two neighboring communities, create understanding among the youth and encourage activism to promote coexistence.

The shared garden, which is open to the public, “deepens the connection between Kfar Qassem and Kfar Saba residents even further,” says Kfar Qassem Mayor Adel Badir.

Countering the negative images in the media, the mayor said the garden “symbolizes both cooperation and shared existence.” 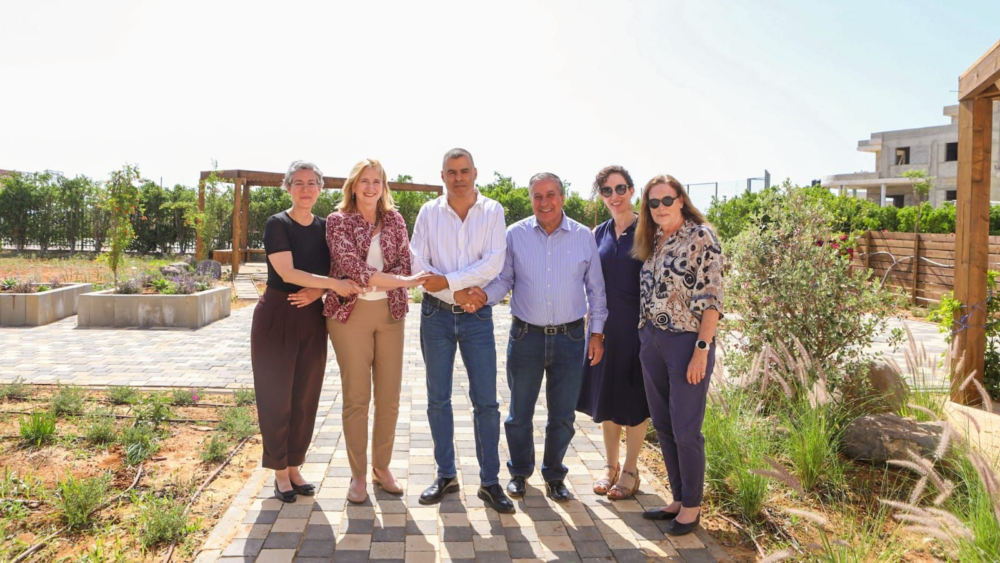 This is the first of a series of Green Roofs gardens planned throughout Israel, says Yarden Leal-Lablonka, deputy director of the Peres Center for Peace and Innovation.

She says the project will continue to bring together hundreds of young students, and will “instill in them important values moving forward when they become our leaders, and when we hopefully will live in a better reality.” A view of the shared garden in Kfar Qassem. Photo by Alon Messika/Peres Center for Peace and innovation
UNCOVER ISRAEL - Get the ISRAEL21c
Weekly Edition free by email
Sign Up Now!
Bring Israel's story to life.
Millions of people around the world rely on us to gain a deeper understanding of Israel. We are the trusted source for original content you won't find anywhere else.
You can make a difference. Donate today to support journalism that brings Israel’s story alive.
SUPPORT ISRAEL21c
Read more on:   Social Action, Coexistence, Diversity, Environment, Peres Center for Peace and Innovation, News