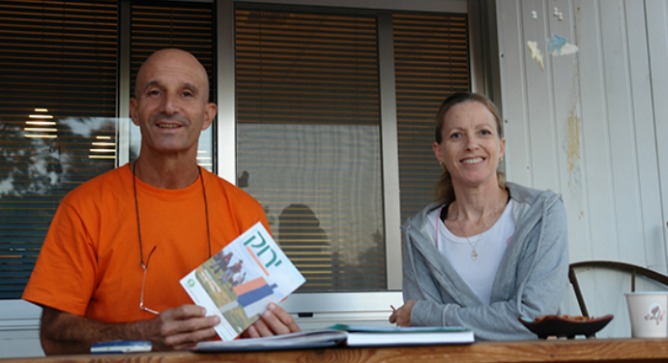 As a young man, Danny Pearl trekked in remote parts of the world where he found nary a place to rest his weary head at night. How heavenly it would be, he thought, for hikers to have friendly places to wash up, grab a meal and slumber peacefully before the next day’s adventure.

That’s why he and his wife, Ronit, signed up with Trail Angels, a network of hospitable volunteers available to thousands of hikers along the 580-mile Israel National Trail (Shvil Yisrael in Hebrew).

“We are people who believe that those who travel the trail, whether Israeli families or recently discharged soldiers or foreigners, should enjoy the land of Israel without worries,” says Pearl, “so we give them a place to sleep, to shower and swap stories. It gives them a good feeling, and it gives us a good feeling, too.”

When National Geographic recently named the Israel National Trail one of the world’s 20 best “holy grails of trails”, it noted: “The biggest blessing here comes in the form of ‘trail angels’ along the INT who give a helping hand and often offer a place to stay free of charge to thru-hikers.”

The Society for the Protection of Nature in Israel (SPNI) initiated the program about 10 years ago and offers a list, in English and Hebrew, of nearly 100 registered Trail Angels, along with a description of the amenities offered by each. There are other more informal lists of hosts along the trail as well, and a similar program operates for hikers on the Golan Trail.

The kids love it

Trail Angels offer accommodations ranging from bedrooms or sofas in private homes, to rooms in kibbutzim and field schools, to a spot on the lawn for a sleeping bag. There’s even a special room reserved for trail trekkers on the campus of Hadassah-Ein Karem Medical Center in Jerusalem. All that’s necessary in any of these places is to call ahead. 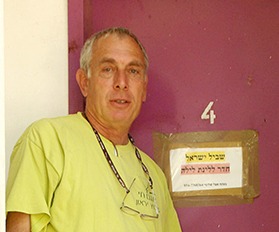 In addition to bathroom facilities, many Trail Angels also make their kitchen, washing machine and Wi-Fi connection available to guests. Some hosts specify that they can provide separate sleeping arrangements for males and females.

“If we know in advance that one of them is having a birthday, we get a cake and a bottle of wine,” says Pearl, who doesn’t even try to estimate the number of people his family has hosted since 2004 in their home at Moshav Mazor in central Israel. If the group is unusually large, they can be accommodated on mattresses in Ronit’s yoga and Pilates studio. “We’ve never said no,” he tells ISRAEL21c.

The Pearls’ guestbook has become a sort of how-to guide. “Our guests write tips in it for other travelers from what they have learned on their journey,” says Pearl, a Jeep tour guide.

Arthur du Mosch, a licensed tour guide living in the Negev Desert community of Midreshet Ben-Gurion, signed up as a Trail Angel about five years ago. “We always have our door open for guests, and we thought it would be a wonderful way to provide a place where hikers can freshen up and rest for the night,” he says.

The du Mosches have four children, ranging in age from 20 to six. “If our oldest son is not home, they can use his bed. Otherwise, they sleep on couches in the living room, and some decide to sleep on the roof or the floor. Normally we get two to five visitors at a time, and we have hosted roughly 60 people. Everybody is different and they always have their own stories to share, which is good for our kids — they love it.” 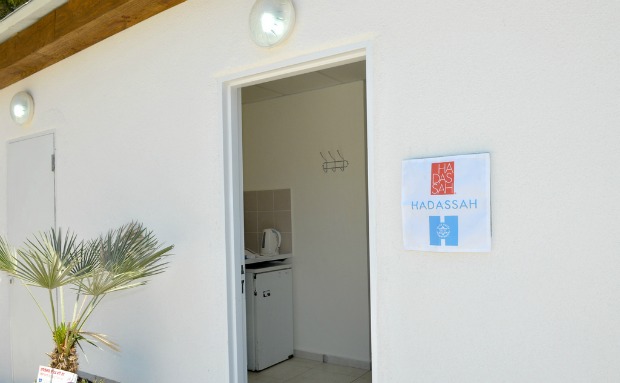 Du Mosch is happy to hop into his Land Rover or onto his horse to pick up his guests from the trail and drop them off again in the morning to continue where they left off. Most of them he’ll never see again, but like other Trail Angels the du Mosch family sometimes keeps in touch with guests for years afterward.

Safed (Tzfat) resident Zehavit Margolin became a Trail Angel only a few months ago, at the urging of her 16-year-old son. She and her family have hosted three young German hikers and a few groups of Israelis. “I have a dream to do the Shvil Yisrael, so for now I am doing it a bit by helping others,” she says with a laugh.