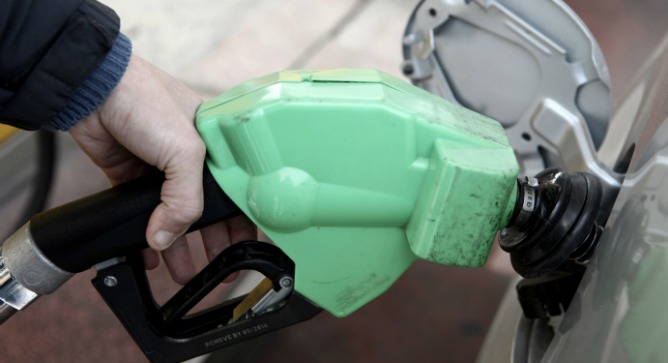 If all goes well with the first test run, motorists could be filling their cars with a new fuel made with methanol and gasoline in as little as two years. Photo by Flash90.

With gas-pump prices soaring along with the demand for energy independence, energy experts in the United States are eagerly awaiting the results of an Israeli pilot using M15, a fuel made of 15 percent methanol and 85% gasoline. Methanol is made from natural gas, a substance that both countries have in abundance.

M15 is produced by Dor Chemicals of Haifa, which is running the six-month trial along with gas station chain Ten Petroleum with the support and supervision of Israel’s ministries of energy and water resources, transportation and environmental protection.

“We would like to prove that no changes are necessary to cars or to gas-station equipment in order to use this blend,” Ten CEO Danny Ben-Ner tells ISRAEL21c. M15 is already popular in China, but test results on its possible effects to car engines and gas pumps have not been made public.

“We are closely monitoring the project because this is the most important experiment that is currently taking place in the world outside of China,” says Gal Luft of the Institute for Analysis of Global Security, a Washington, DC think tank.

Expectations are that the pilot will show no modifications are necessary and no harm is done to the engines or pumps.

“The standards will allow us to use the information to demonstrate to the US government and auto industry that existing vehicles can run on blends of methanol,” says Luft.

Ben-Ner explains that 11 cars are participating in the test — 10 of them are from Dor’s corporate fleet and the other one belongs to a Ten station manager.

“They were all checked before the start of the pilot in early June and will be double tested again after they drive 30,000 kilometers,” says Ben-Ner. “All the components from the fuel station, including pumps, will also be tested.”

“We have identified the potential of natural gas-based oil to replace gasoline and diesel fuel in transportation, and methanol is one of the best candidates for short- and medium-term implementation,” says Brachah Halaf, senior manager of oil replacement for the Ministry of Energy and Water Resources.

“When we got a request to finance and oversee this pilot project from Dor, we embraced it. We were looking for experiments that are system-oriented and need to be coordinated in many aspects among several ministries.”

Emissions from natural gas-based fuel are much less toxic than those of regular gasoline, and methanol is biodegradable.

“The question is how to best use natural gas to replace oil,” says Luft.

“It’s a question being asked in Israel and also in the United States, which has abundant natural gas and a dependency on oil. Natural gas is one-sixth the price of oil on an energy-equivalent basis, so it makes total sense to replace oil with natural gas in transportation. Our view is that turning gas into methanol is the easiest and most economical way to do it.”

Methanol at the pump within two years

Rich stores of natural gas have been discovered in Israel and in the United States over the past couple of years, and the race is on to plan how to use it in the most efficient way for fuel.

“The idea of producing liquid fuel from gas would be a real change in our way of using energy,” says Ben-Ner, who says that an interested US company has visited Ten twice to learn more about integrating M15 into gas stations.

“This will be a significant collaboration between us and the United States,” he says. “We are the first pilot and can use the outcome to help others.”

If the trial does prove the ease of switching over to M15, the next step would be much larger-scale pilot involving tens or hundreds of cars over the course of about a year, says Ben-Ner.

“Then we’ll have final results. Our goal is that M15 will become part of our products in our stations in the near future — within two years if everything goes according to our expectations. It will cost less than regular gasoline, in addition to its advantages of reducing environmental harm and dependence on foreign oil.”

Adds Ten spokeswoman Ortal Ganot, “All eyes are looking at Israel because this is an amazing project, the first in the world to check the engine before, during and after to see the effect of M15. We believe nothing will happen to the engine, and that Israel is going to use M15 so that in 10 years from now we can be more energy independent.”