Her slot on next season’s roster gives Fariba a chance to race the Tour de France Femmes, and with the announcement of a U23 Continental team in the works, Yulduz will join her next year.

Both sisters have been racing for the Italian team Valcar since escaping their home country last year.

“I will take the challenge head-on and race for all the women in Afghanistan,” Fariba pledged, noting that her native land “is dangerous for many of the women living there.”

IPT owner Sylvan Adams, who participated in an operation that helped hundreds of Afghans to escape the Taliban in August 2021, said, “We are making history here as these two brave women become the first from their country to reach this level of the sport. It is part of our commitment to helping young cyclists from all over the world – from developing nations to war zones.” 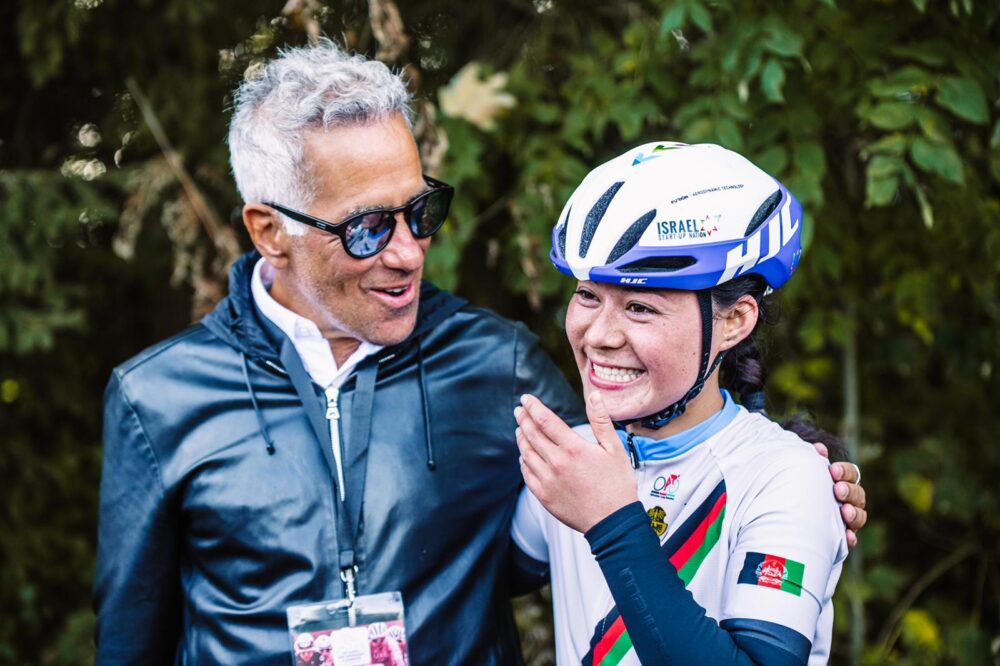 Sylvan Adams, left, congratulating Zarifa Hussaini, contestant in the Afghan national cycling championship held in exile in Switzerland. Photo by Noa Arnon
YOU CAN GET ISRAEL21c NEWS DELIVERED STRAIGHT TO YOUR INBOX.