I first fell in love with Apple CarPlay while renting a vehicle a few years ago in California. I was used to propping up my iPhone on the dashboard, opening Waze or Google Maps and navigating from my phone’s small screen (which would regularly fall over).

“Just plug your phone into the USB port and it will automatically appear on the vehicle infotainment system’s display,” the rental car representative explained.

Magically, there was Waze with my history; my phone book with contacts; my podcast app filled with my favorite podcasts. CarPlay was simply mirroring what was on my phone, optimized for driving.

Apple – and Google with its competing Android Auto – have big plans for their in-vehicle operating systems, moving beyond phone calls and navigation to controlling much of the car’s built-in functions: air conditioning, alerts, lights, windshield wipers and more.

Sounds great, right? If you’re a consumer, it certainly is.

But if you’re the OEM (industry speak for “original equipment manufacturer” – that is, the company like Ford or GM that makes the vehicle) or a rental car fleet manager, CarPlay and Android Auto are definitely not your friends. They give too much control to the driver.

What if Hertz wants to customize the infotainment system with its own apps and branded splash screen?

What if an OEM wants to include its unique insurance, charging management and roadside assistance apps?

They could try to ask Apple and Google to allow them to embed their apps into CarPlay and Android Auto, but Apple, at least, is famously resistant to allowing third-party access into iOS.

And rental car drivers may not want to download the company’s app onto their personal phone.

Modern cars have essentially become computers on wheels, with the infotainment system not just a nice-to-have but an outright necessity.

OVO CEO Gilad Zlotkin tells ISRAEL21c that, for two years, he and company chief marketing officer Marc Giradot met with “all the leading car manufacturers in Europe – Volkswagen, BMW, Fiat-Chrysler, Mercedes, Peugeot, Jaguar, Renault” to listen to their needs regarding software and IT in the modern automobile. 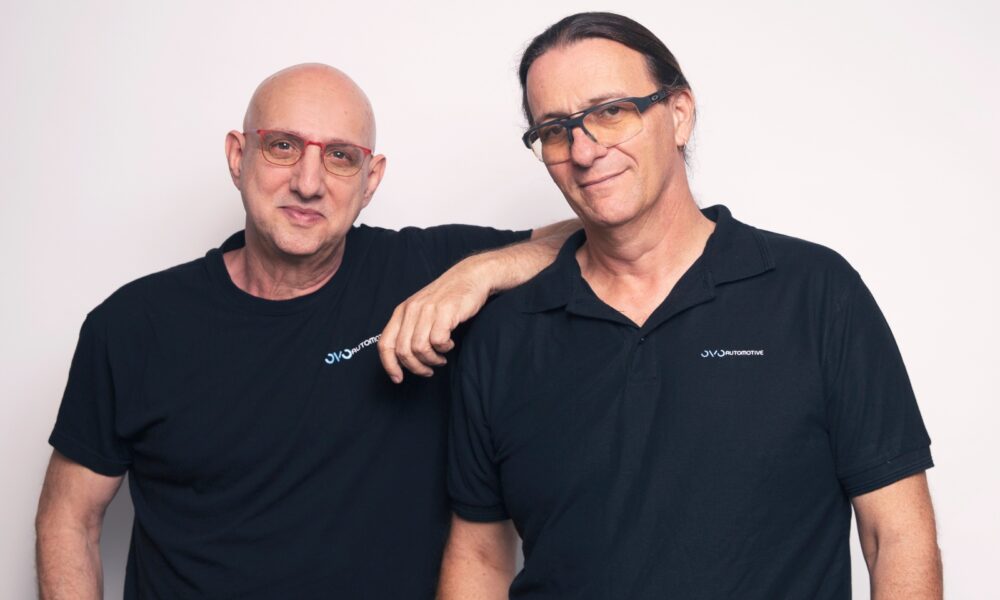 One manufacturer, with its own bespoke interface and built-in apps, told Zlotkin that it was struggling with the complications of upgrading an application on its infotainment system.

Because the infotainment system is the easiest way for hackers to gain access to a car, “any software running there must be inspected very carefully for security and safety,” Zlotkin explains. “Even a simple change requires recertifying the entire product. This is a vehicle, after all. There are regulations.”

Zlotkin wondered why the manufacturer needed to install apps in the car.

“They told us about an app they had developed that allows you to pay for parking from the car’s screen. Why were they insisting on installing it inside the vehicle when they could bring the same functionality from the outside?”

That’s when Zlotkin hit on the idea of streaming apps to the car from the cloud.

Streaming from outside the vehicle would free the OEM from needing to verify that the infotainment system is hacker-proof and safe. And it would allow for “a 20-second [branding] opportunity to draw your attention, to remind you of something.” 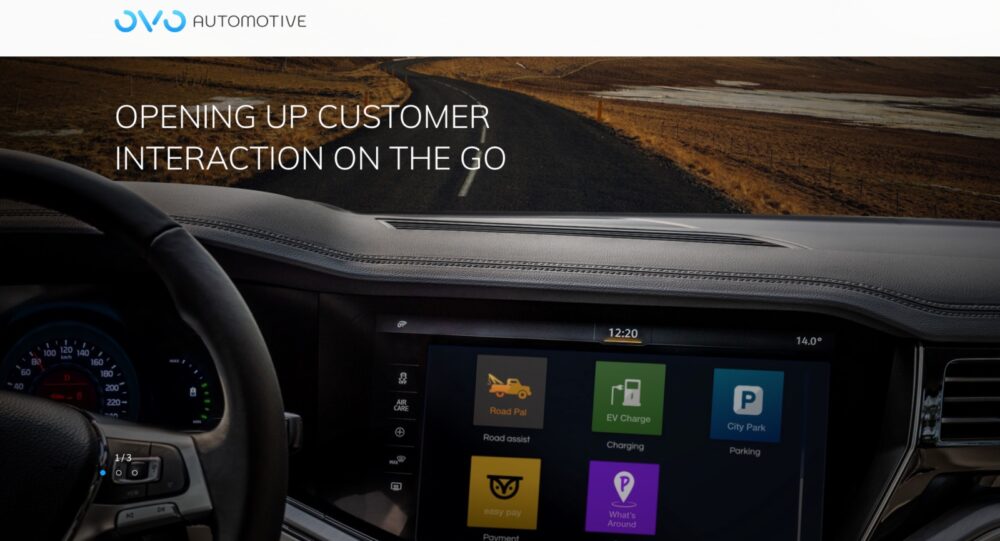 Zlotkin envisions drivers using CarPlay and Android Auto for most of their in-car navigation and entertainment purposes, switching to streaming apps provided by OVO as necessary.

Moreover, the OVO apps can overlay a text message on top of what CarPlay or Android Auto is displaying. “So, if you stop on the side of the highway, we can send a message reading, ‘Are you OK? Do you need help?’” Zlotkin says.

Zlotkin returns to the example of the car manufacturer’s parking app which, he feels, ought to be associated with the vehicle and not the driver, since there may be multiple people getting behind the wheel of a single car.

Same for a roadside assistance app – it belongs with the car, not the phone, in Zlotkin’s opinion. Streaming seems the simplest solution.

The games of life

OVO’s entry into the world of streaming infotainment was somewhat through the backdoor: games.

“Ever since Tesla demonstrated that, every EV maker wants games on screen. Mercedes even lets you use your steering wheel as a game controller,” Zlotkin says.

“We’re a SaaS platform. We can support any Android game with no changes. After all, carmakers aren’t going to convince popular game vendors to port their software. It’s a huge undertaking,” he points out.

“The game market is also very diversified. People play different games in India, in Israel and Japan and new popular games are introduced often. The only way to deliver truly up-to-date local games is by streaming.”

Zlotkin described games as a stepping-stone. “We’ll let the carmakers decide which games to offer in which geography. We provide the licensing agreement, the streaming and delivery mechanisms.”

The company provides a simple USB thumb drive that connects to the car exactly as a mobile device would.

“The car believes this is a phone,” Zlotkin points out. “This makes it straightforward from both a security and cost perspective.”

OVO will charge either a per-vehicle or subscription fee. If there’s an in-app purchase, as is popular with many games, OVO will share revenue.

OVO’s dongle also allows the company to stay installed in a vehicle even after it’s left the fleet. Rental companies typically take back a car following its three-year lease period in order to sell it.

OVO’s solution may become even more in demand when self-driving cars become a reality. Because at that point, a specialized navigation system built into the car will be the only way for an autonomous vehicle to know where it’s going and to control the vehicle.

OVO is currently piloting its system “with one of the biggest OEMs,” Zlotkin says, “with a large commercial fleet in Europe and with a big infotainment manufacturer in East Asia. We believe that some of these pilots will mature into commercial contracts.”

One OEM that’s irrelevant to OVO is Tesla, which has a proprietary interface and doesn’t even support CarPlay or Android Auto. Tesla’s “more relaxed safety and security culture,” Zlotkin adds, enabled the Silicon Valley EV maker to install Hertz apps natively on Teslas rented or leased via Hertz.

“To support similar integration on other vehicle models, companies like Hertz will need a solution like OVO,” Zlotkin adds.

The global market for connected cars was valued at $55 billion in 2020 and is expected to grow to nearly $200 billion by 2028. That should give OVO plenty of runway to stream solutions to OEMs and fleets worldwide.

Zlotkin received his PhD in artificial intelligence at the Hebrew University of Jerusalem and did postdoc work at MIT’s Sloan School of Management.

His first job when he returned to Israel was as CEO of AgentSoft, the AI spinoff from the capital’s pioneering Accent Software, which made Hebrew-English word processors at a time when Microsoft Word didn’t yet support right-to-left typing.

Zlotkin subsequently started a company that was sold to Cisco. He served as the founding manager of Cisco’s software development center, masterminding the acquisition of nine Israeli companies for some $1 billion in investment, he says.

“That started my career as an entrepreneur.”

OVO’s office in Tel Aviv was closed during Covid, so now the six staffers work from their homes.

The company has raised $3.5 million and is crowdfunding an additional investment round on the Israeli Pipelbiz website.