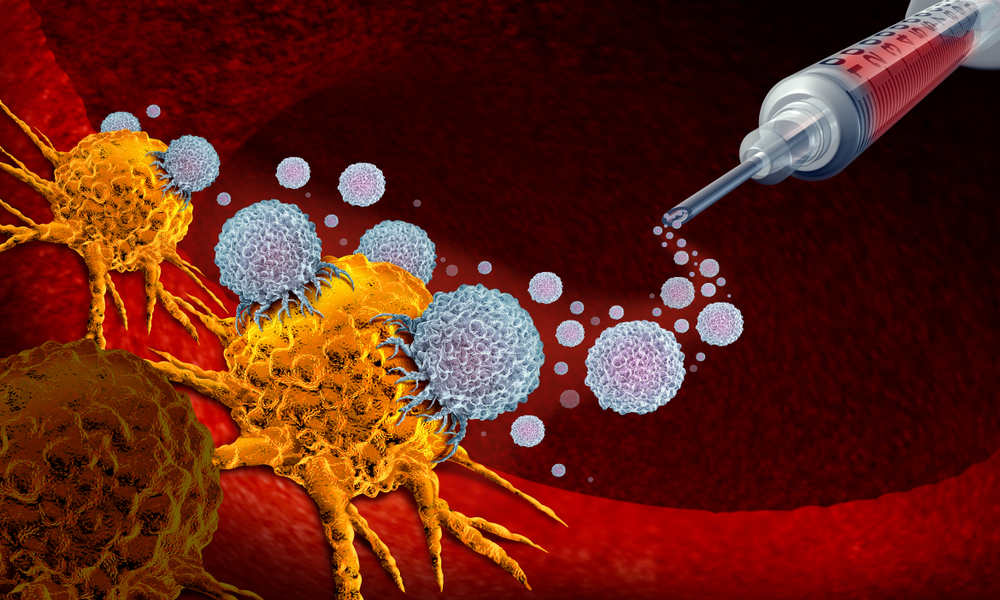 As we get older, modern medicine will help more of us live with cancer rather than die from it. That’s the assumption behind a vaccine to treat cancer, being developed by a pharmaceutical company in Israel.

CEO Julian Levy tells ISRAEL21c that this therapeutic vaccine doesn’t prevent cancer from invading, but activates and enhances the body’s natural immune system to seek and destroy cancer cells already present in the body, such as those lingering after cancer surgery.

Malignant cells normally get out of control by tricking the immune system not to notice them, a strategy that works especially well in older people because immune systems get less efficient with age.

The vaccine is currently being tested against a blood cancer called multiple myeloma. However, Vaxil’s scientific breakthrough is based on a drug platform, VaxHit, which can be tailored to treat not only 90 percent of cancers, he says, but also diseases such as tuberculosis.

This disease is cropping up in developing nations as existing vaccines are proving less and less effective.

“Two billion are affected by the pathogen,” says Levy. “Ten percent will develop the active disease. And while TB can be treated by drugs, it takes several months and it can be brutal.”

According to Levy, the vaccine presents no side effects, and can be taken indefinitely, like vitamins. ImMucin is designed to overcome cancer cells that mutate, rendering other drugs ineffective.

A hit for long-term survival

Depending on the outcome of clinical trials, the ImMucin vaccine could be ready and marketable within the next six years. It could have major implications for the treatment of leading killers like prostate and breast cancer.

New studies in the United States suggest that fewer men will go under the scalpel to remove their cancerous prostate gland, and simply live with the usually slow-growing cancer. Vaxil could be a helpful tool in prolonging lives of these patients.

The specific molecular markers on most cancer cells, which ImMucin “trains” the immune system’s T-cells to find and kill, were discovered by the company’s founder, Dr. Lior Carmon, a biotechnology entrepreneur with a doctorate in immunology from the Weizmann Institute of Science in Rehovot.

Vaxil was founded in 2006, and the company of five is currently based in Nes Ziona, Israel. This year, Vaxil signed a memorandum of understanding to merge its business into Sheldonco, an Israeli company traded on the Tel Aviv Stock Exchange.