In June, an Israeli investor named Yoav Anaki received a message from a friend, Gil Dibner of US-based Angular Ventures, about a website called Layoffs.fyi that listed companies that had laid off employees.

Since there’s also been a drastic uptick in the number of Israeli companies letting go of employees, Dibner asked Anaki if there was a similar website in Israel. There wasn’t.

And that very night, Anaki, who has a background in computer science, built a website with a quintessential Israeli twist.

“What was the point of simply listing layoffs?” said Anaki, a junior partner in fresh.fund, a venture fund that invests in early startups. “I knew I wanted to help.” 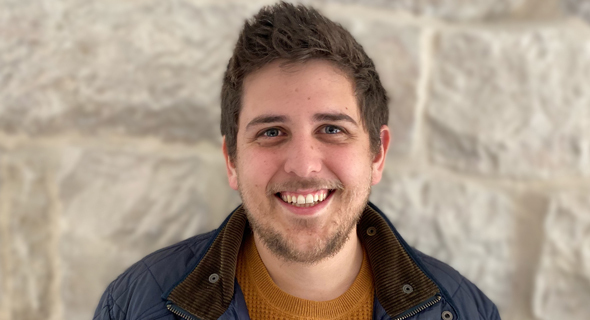 His goal, he said, was to “help super-talented people who’d been let go because of financial reasons find other jobs.”

The Layoffs Project, which Anaki calls a “grassroots effort,” not only lists companies that laid off workers but also lists employees who are actively searching for jobs and companies looking to hire employees.

The three listings are combined on the website so that it’s “more than a tabloid” but rather, a site to help companies and employees find one another.

The site’s launch comes amid a severe downturn in Israel’s high-tech sector. According to Anaki’s data, 3,243 high-tech workers have been laid off since May 1.

Since its launch a little more than two months ago, The Layoffs Project has received more than 100,000 views.

While he doesn’t have concrete numbers, he believes that a few dozen people have found work through the site.

“Even if only two people found jobs, I’d be very happy,” he said. “I’m doing this for altruistic reasons.”

He believes that “these mass layoffs destigmatize being unemployed or laid off.”

Because job recruiters know that today, being laid off isn’t necessarily a reflection of any lack of talent or ability, it is “much easier to come out publicly as looking for a job,” Anaki said.

However, among job-seekers “there is definitely still some concern, which is why the process on The Layoffs Project is entirely opt-in.”

People’s names are automatically removed from the website’s list after 30 days “to make sure we’re respectful of everyone’s privacy.”

Anaki acknowledged that these are difficult times.

The economic situation in Israel “doesn’t look good in the short-term,” he said, but in the long term, “I’m super-optimistic. The human resources we have here in Israel are insane.”

Graph courtesy of The Layoffs Project

He sees his role in The Layoffs Project as a matchmaker. He does it as a volunteer and has no intention of monetizing the website.

“A lot of people have offered to help me and companies have donated money to help build the site,” he adds.

He credits Dibner for coming up with the original idea and his team at fresh.fund “for being super helpful on the execution side of things.”

“It’s very Israeli to help one another,” Anaki said. “The Israeli ecosystem supports this notion.”

He added that “so many people have shared it on their social media pages and they’ve reached out to help.”

“This concept is very Israeli because everyone becomes involved,” Anaki said. “I don’t think a lot of other countries would do this.”