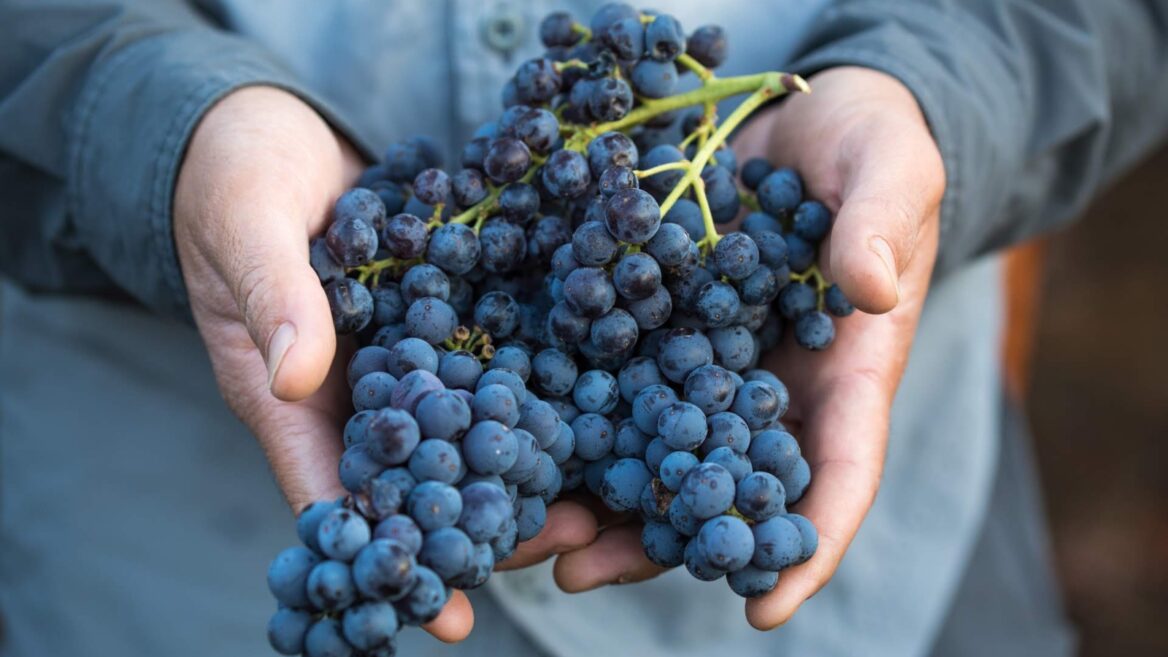 Once a thriving industry in ancient Israel, winemaking ground to a halt around the year 700 due to Islamic rule in the region.

Lying dormant until its revival in the late 19th century — thanks to enthusiasts like the French wine heir Baron Edmond de Rothschild, who put down winemaking roots in the 1880s, and Yair Margalit, credited with starting boutique winemaking here just over a century later — it is now an industry gaining international acclaim even outside of the kosher realm.

And it is doing so for its innovative twists unique to the Israel spirit. Boutique Israeli winemaking is now for cowboys and rebels who have the chutzpah to change how wines can and should be made in Israel. Some of the best examples are coming out of the Galilee. 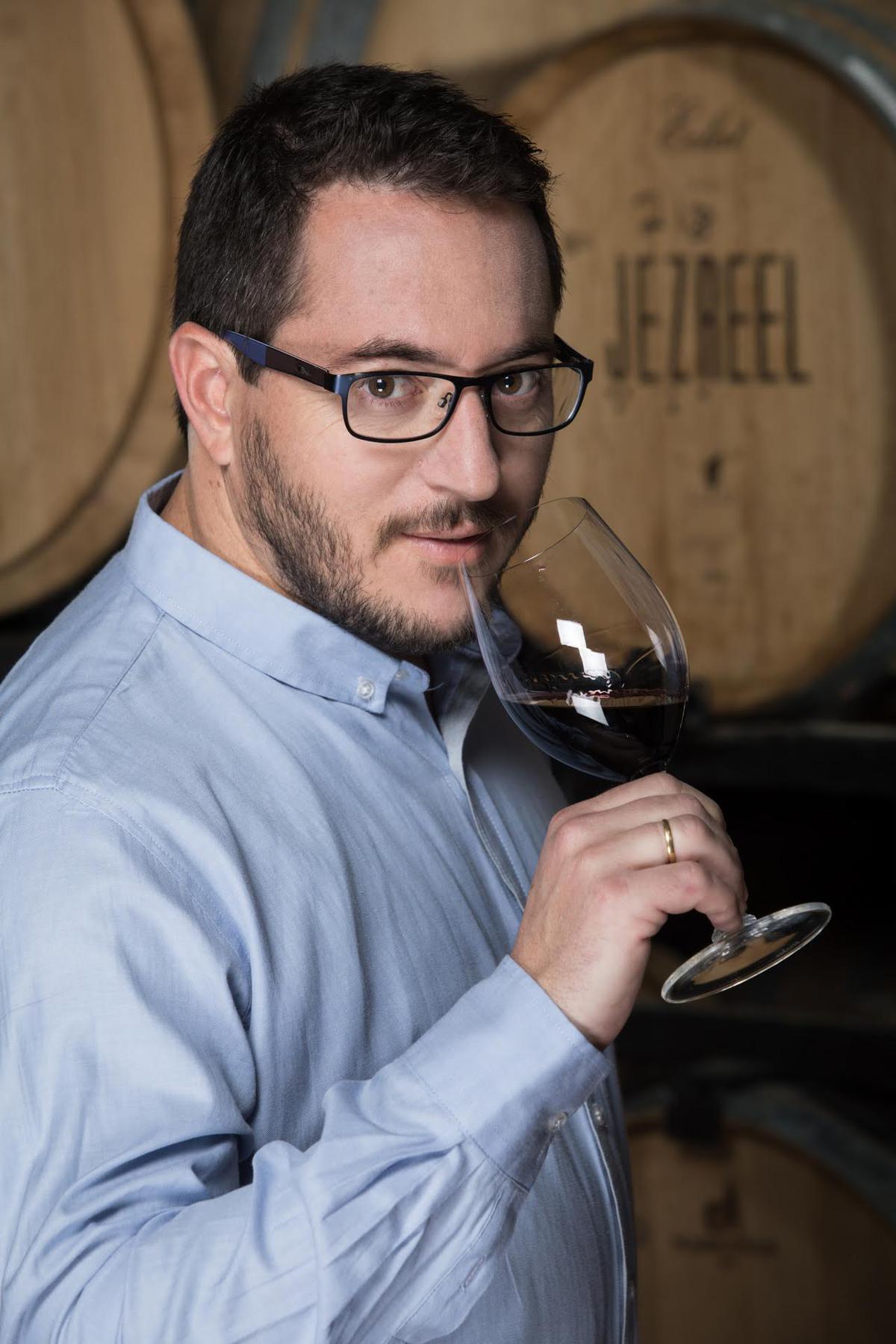 The Galilee, with its Mediterranean coast, lush hills, fertile plains and mountainous forest, is one of Israel’s six modern wine-producing regions. The region has a considerable amount of variation when it comes to soil type, with clay, chalk and the volcanic basalt soil the Galilee shares with the Golan Heights (to the northeast) coming from the African Syrian rift.

Although getting a later start in the Israeli wine industry, the Galilee has become the second largest wine-producing region in Israel over the course of two and half decades. It now produces one quarter of all Israeli-made wines, housing 40 boutique wineries of varying sizes.

The difference is in the grapes 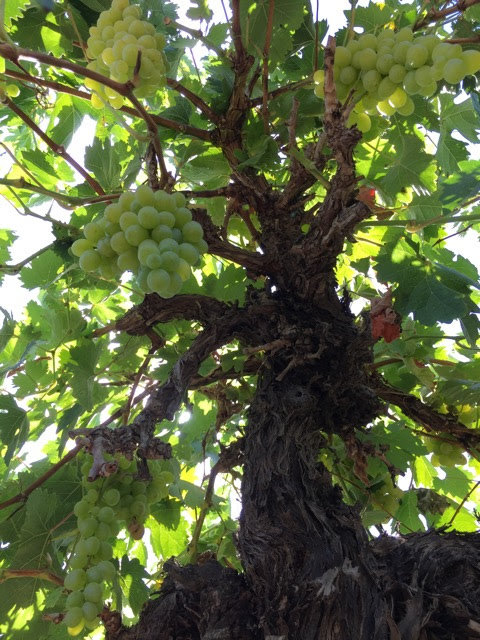 In the past, Israeli wineries attempted to mimic European winemaking techniques with European grapes and all the rigid rules that come with the territory.

At some point, Israeli winemakers abandoned that pursuit in favor of what actually works here in terms of climate and culture. They looked to Mediterranean wine culture, American trends and even modern Israeli culinary and ecological practices.

In recent years, Israelis began using local grapes cultivated in the 1970s, which grow well but were not known for making high-quality table wines. These grapes had been used in past decades as filler for inexpensive blends (Dabouki) and for lending red wines a richer hue (Argaman). Dabouki grapes are also commonly used in the region’s brandy and arak industries.

What’s more, whereas the mainstream Israeli wines that dominated in the 1990s and early 2000s came in nondescript red and white blends devoid of any specific denotation save for “sweet” or “half dry,” more highly curated quality wines are available today than ever before, even to the everyday shopper. 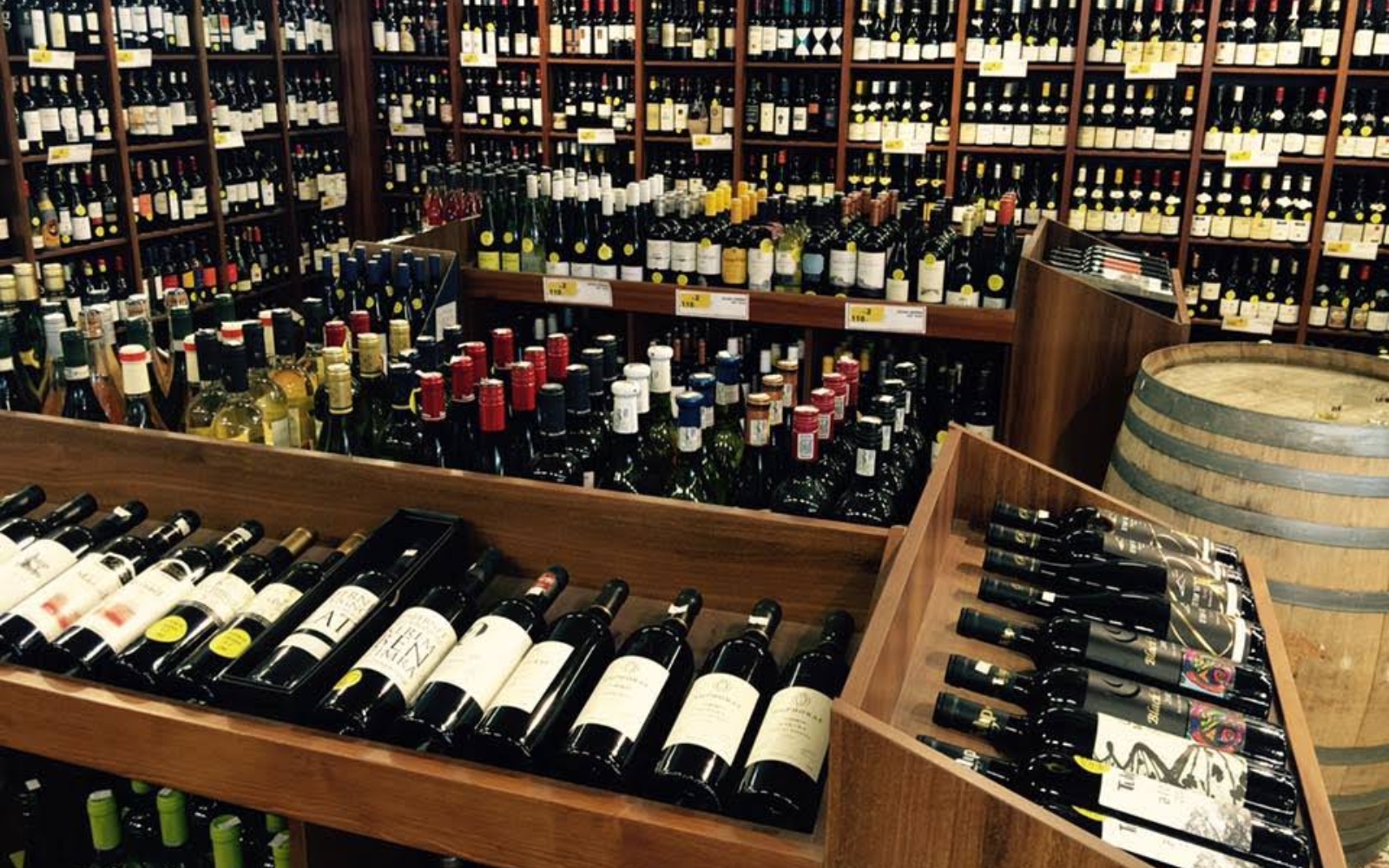 Case in point: Shufersol, Israel’s largest grocery chain, made room on its shelves in recent years for medium-sized boutique Israeli wines, selling bottles at a higher price point from wineries like Tulip, Dalton and Galil Mountain Winery, all of which happen to be from the Galilee.

Using the Dabouki grape, the Jezreel Valley Winery started making a “pet-nat” in 2016.

Short for pétillant-naturel, it is a variety of sparkling wine that starts fermenting in a tank and finishes in the bottle, deriving its final carbonation from a naturally occurring process.

Risky in that the process can be unpredictable, and the wine cannot be tested unless you pop open the bottle to drink it, pet-nat has become a popular beverage among millennials, dubbed “hipster champagne” for younger enthusiasts drawn to this more natural, less processed wine with a slightly murky appearance.

Jezreel Valley Winery’s Pet-Nat was influenced by consulting winemaker Ari Erle, an American Israeli with one foot in the Israeli winemaking industry and one in America’s Napa Valley, where the technique has been trending in recent years.

He brought a bottle back to CEO and winemaker Yehuda Nahar from the California wine region, and Nahar became excited by the prospect of creating this revived wine style using native Israeli grapes.

Nahar opened the winery in 2011 on Kibbutz Hanaton. He felt at the time that Israeli wines were good but lacked local identity. This notion sparked a desire to make wines from grapes that work well with Israel’s climate and that would complement the fresh, locally driven Israeli food culture just taking hold at that time.

“For me, in an industry like ours that is part of the local culinary world, looking for identity and what is truly Israeli and local flavor is the most natural thing. I think that because the wine field is characterized by traditionalism and very strict laws, there is a tendency to see something different and new as ‘crazy’ but if you think about it … these traditions and laws of the old world are not related to us [Israelis] at all,” Nahar explains. 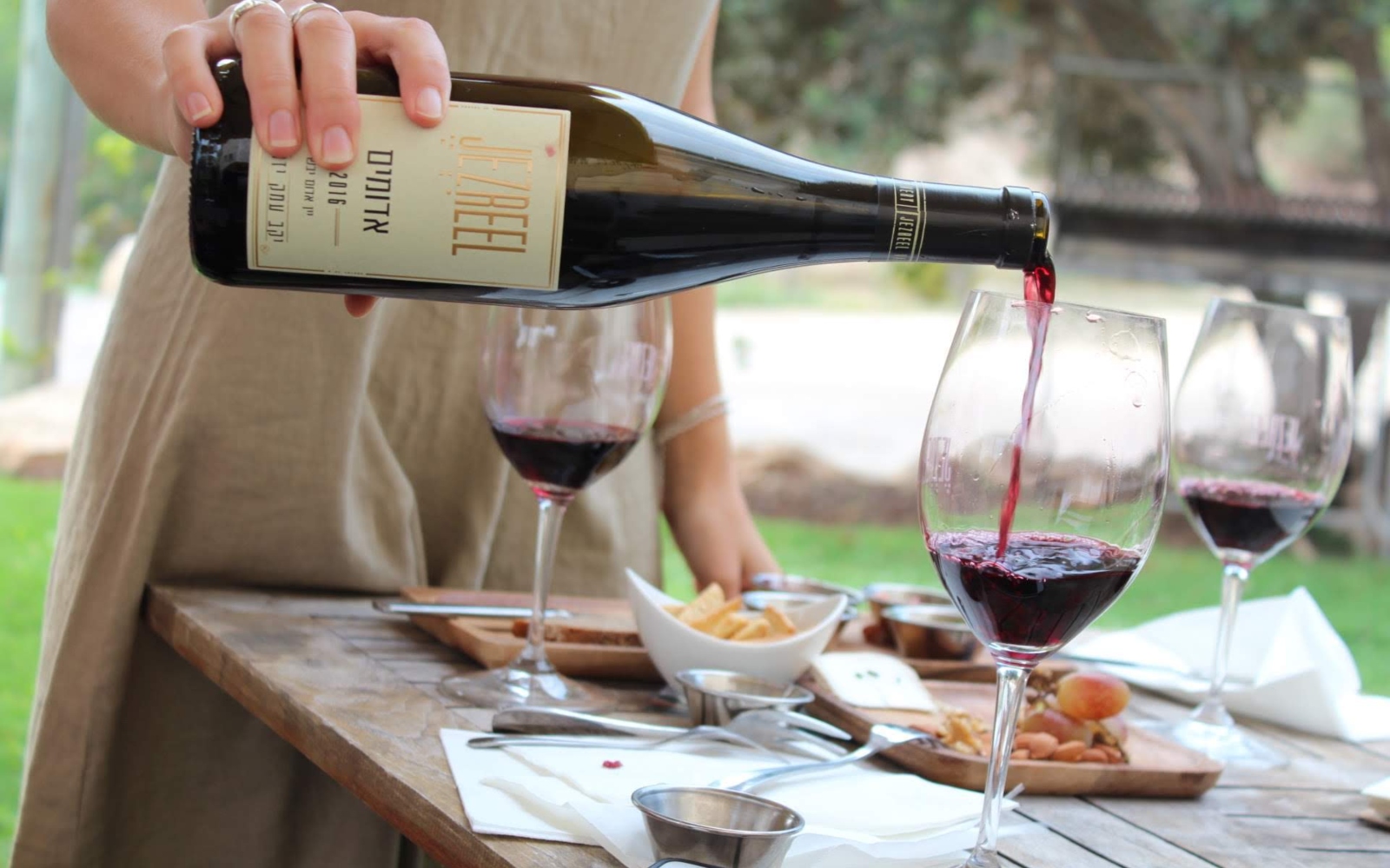 Today the winery produces 90,000 bottles a year from just 30 acres of grapes, including Argaman, Carignan, Dabouki, Viognier and Syrah –which Nahar tells ISRAEL21c does particularly well in the region.

Indigenous grapes, however, while growing successfully in the Mediterranean sun, come with a different kind of learning curve.

“When we make wine from local grapes for the first time, we have to learn alone and have nothing to compare to. Of course, the challenge is also on the customer’s side that they have to actually choose a wine they don’t know and that can cause concern,” says Nahar.

“I was delighted in the meantime that everyone who tried [our wines] was pleasantly surprised. We make many attempts every year, but only bring to market what is truly successful and interesting.”

Around the same time, the winery also started making Jezreel Rosé, boldly infusing the red grape-based wine with white Sauvignon Blanc grapes. And this year the winery also made a bubbly rosé from Carignan grapes.

Jezreel Valley’s 2014 single vineyard Argaman wine got a 91 score from The Wine Enthusiast and has continued to garner accolades in later vintages as well as the first top-label wine made from these Israeli grapes.

When the Haruni family arrived in Israel from England just a few years prior to starting Dalton Winery in Merom Galil in 1995, the Galilee’s potential as a winemaking region had not yet been realized to its fullest.

At the time there were just two boutique wineries in the region, even though many of Israel’s wineries were already growing their grapes in the Galilee in established vineyards, some dating back to the 1980s. 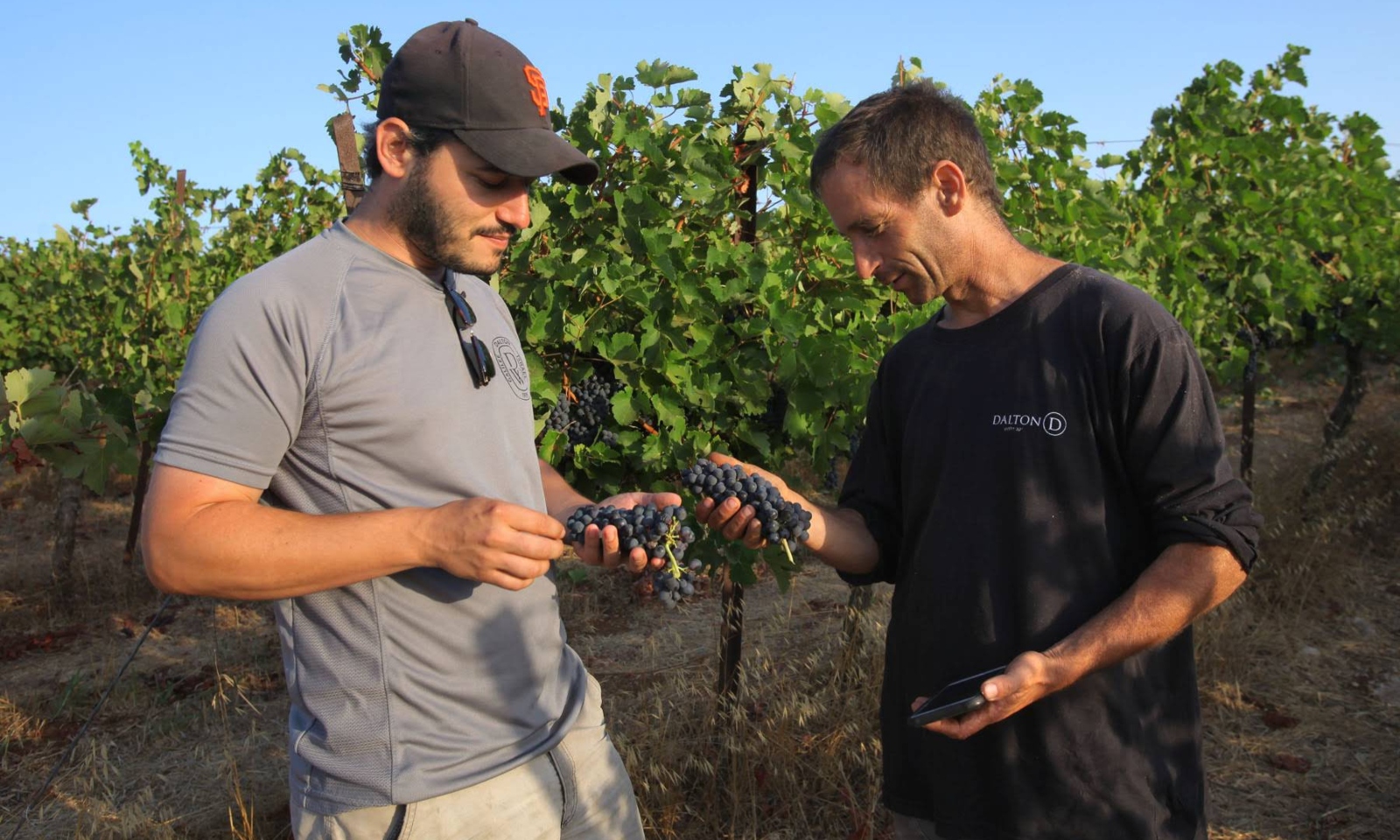 “Our idea was to establish a business on the Galil that would act as a focal point for tourism and an ambassador for the region. It was as much a Zionistic venture as it was a wine adventure,” says owner Alex Haruni, noting the advantage that the 800-meter altitude and slightly cooler climate of the Upper Galilee plays in allowing the winery to lengthen ripening times — a process vital to the development of flavor in the grapes.

Dalton’s 20th anniversary in 2015 saw a shift. Alex took over from his father to run the winery alongside newly installed winemaker Guy Eshel, who began his tenure after a world tour of winemaking at vineyards in Napa Valley, northern Rhone (France) and Australia.

Wineries now being driven to show off their creative chops, Haruni promises big things for the year to come, including new styles on the kosher market.

Also dabbling in natural wines, Dalton has its own pet-nat that bears Eshel’s unique influence. His signature stress on more fruit and less oak can be felt in Dalton’s Alma wines — a Mediterranean-centric, award-winning line showing creativity in “signature blends that reflect the unique tastes of the Galilee” using warm-climate grapes like Syrah, Grenache and Mourvedre blended to make its popular Alma Scarlet wine.

Dalton’s Cannan (Kna’an in Israel) line of five wines is also made mostly of light fruity blends sold at a lower price point and designed for drinking with lighter Israeli or Mediterranean dishes. The wines bear the “Vegan-Friendly” symbol on their labels, appealing to a younger crowd. 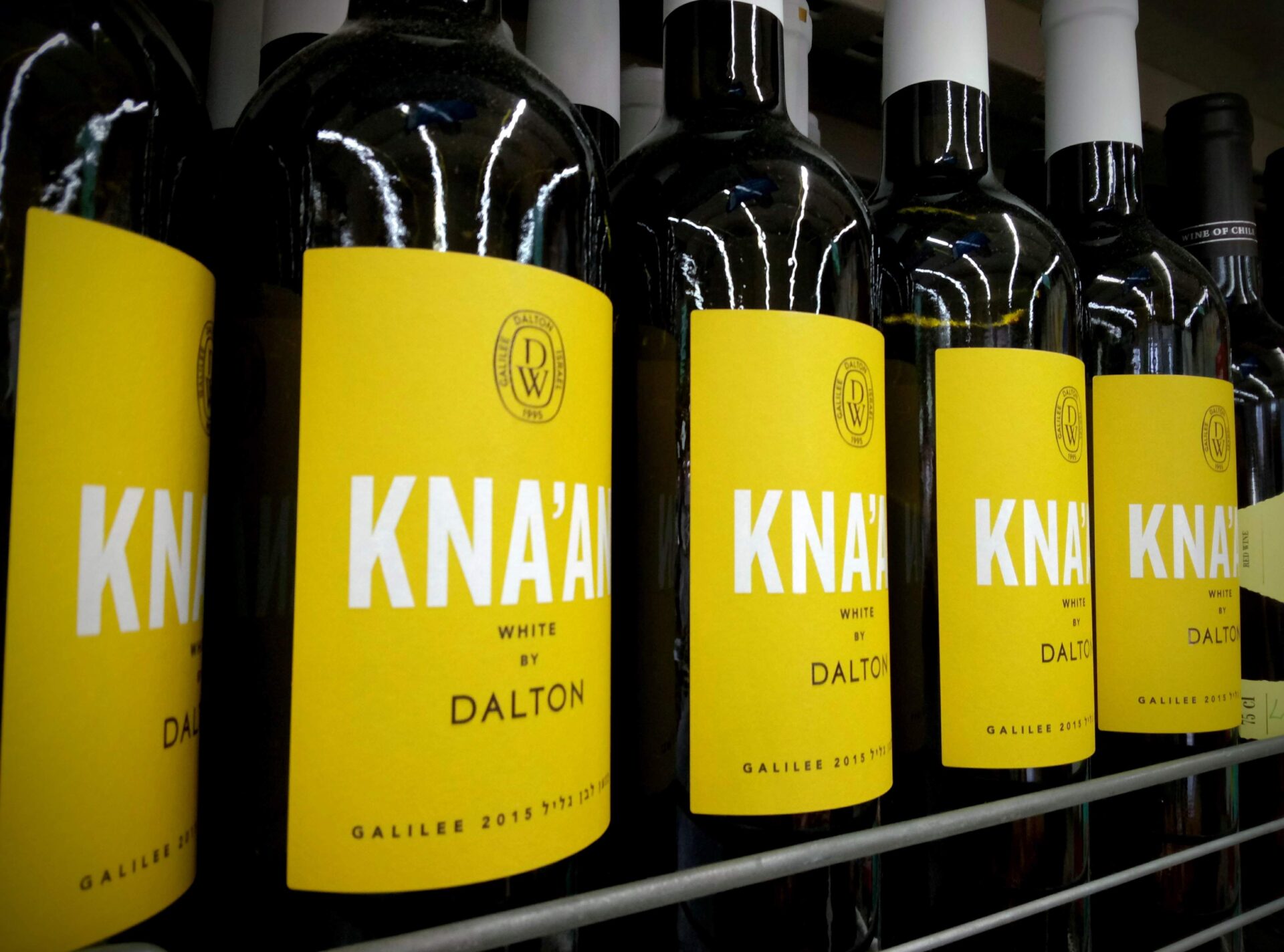 Wine suited for the beach

Another local winery focused on Mediterranean winemaking is Maia. Located in Kfar Tikvah in the Western Galilee 20 minutes from Haifa, it was founded by Roy Itzhaki (who also owns and runs Tulip Winery).

The name is an acronym for Mediterranean Approach, Israeli Art. Maia’s fresh take on Mediterranean winemaking aims to complement the Israeli lifestyle and cuisine. 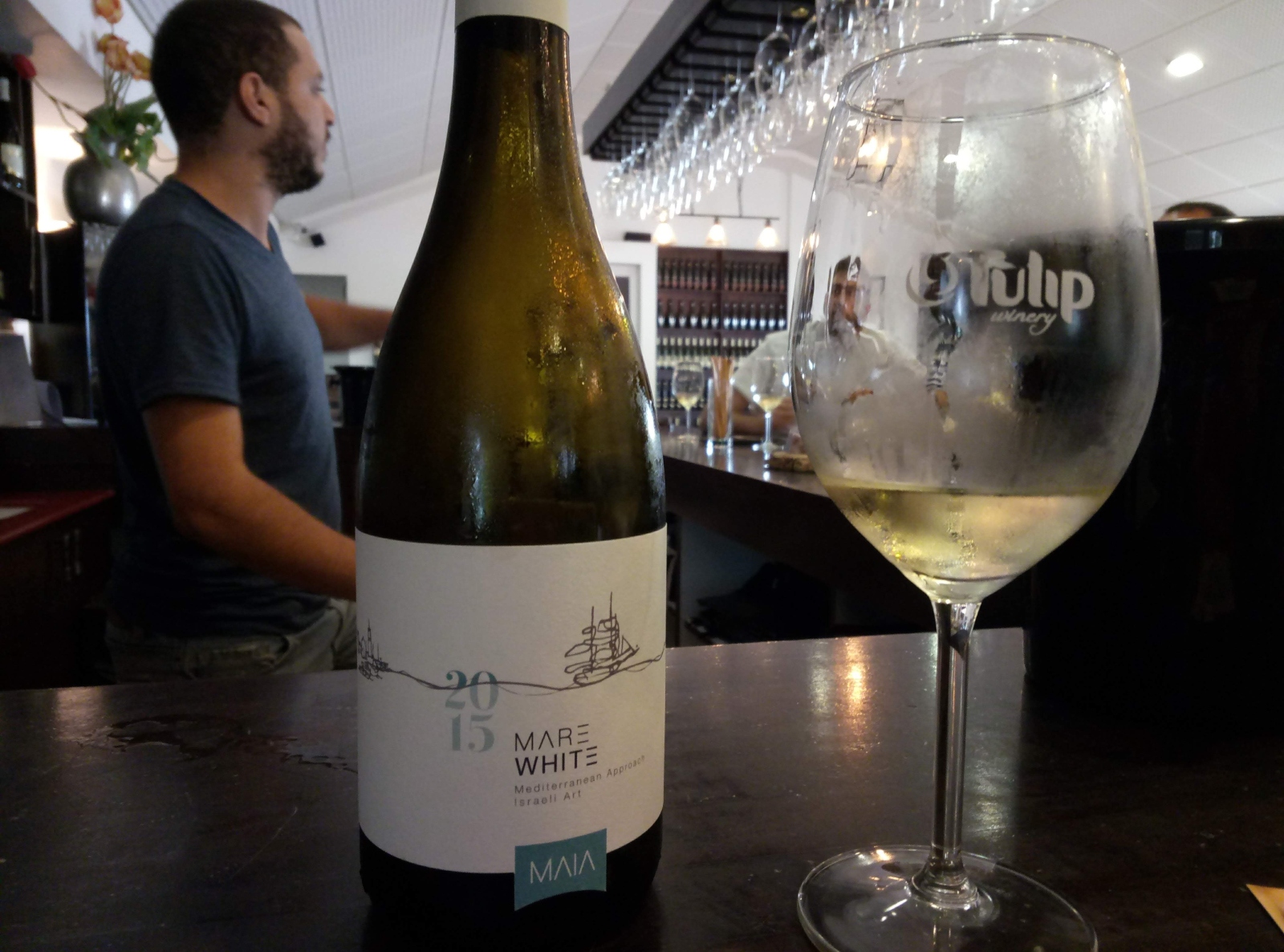 Its inspiration is drawn from a mix of Israeli and Greek winemaking, with two Greek viticulture professors specializing in Mediterranean grapes on the team.

The four wines are described as “aromatic, fresh, and crisp,” made from grapes that best fit the Israeli climate and diet. Maia even suggests customers drink these wines at the beach.

The more established sister-winery in the same location, Tulip, which opened in 2003, is an example of innovation for very different reasons. Producing world-class boutique wines (its flagship Tulip Black wine, a Bordeaux style blend, has received high accolades) the winery employs special-needs adults to help in production and bottling.

Marching to a different drummer

Other Galilean wineries have made a name for themselves for other reasons.

Achat is a tiny family-run boutique winery. Achat, the feminine conjugation of the Hebrew word for “one,” is one of the few Israeli wineries run by a woman.

Previously located on Kibbutz Geva, where the fertile plains of the Jezreel Valley border the desert hills of the Jordan Valley in the Northeastern Galilee, Achat has since relocated to Kibbutz Nachshon halfway between Tel Aviv and Jerusalem, while keeping its established Galilean vineyards. 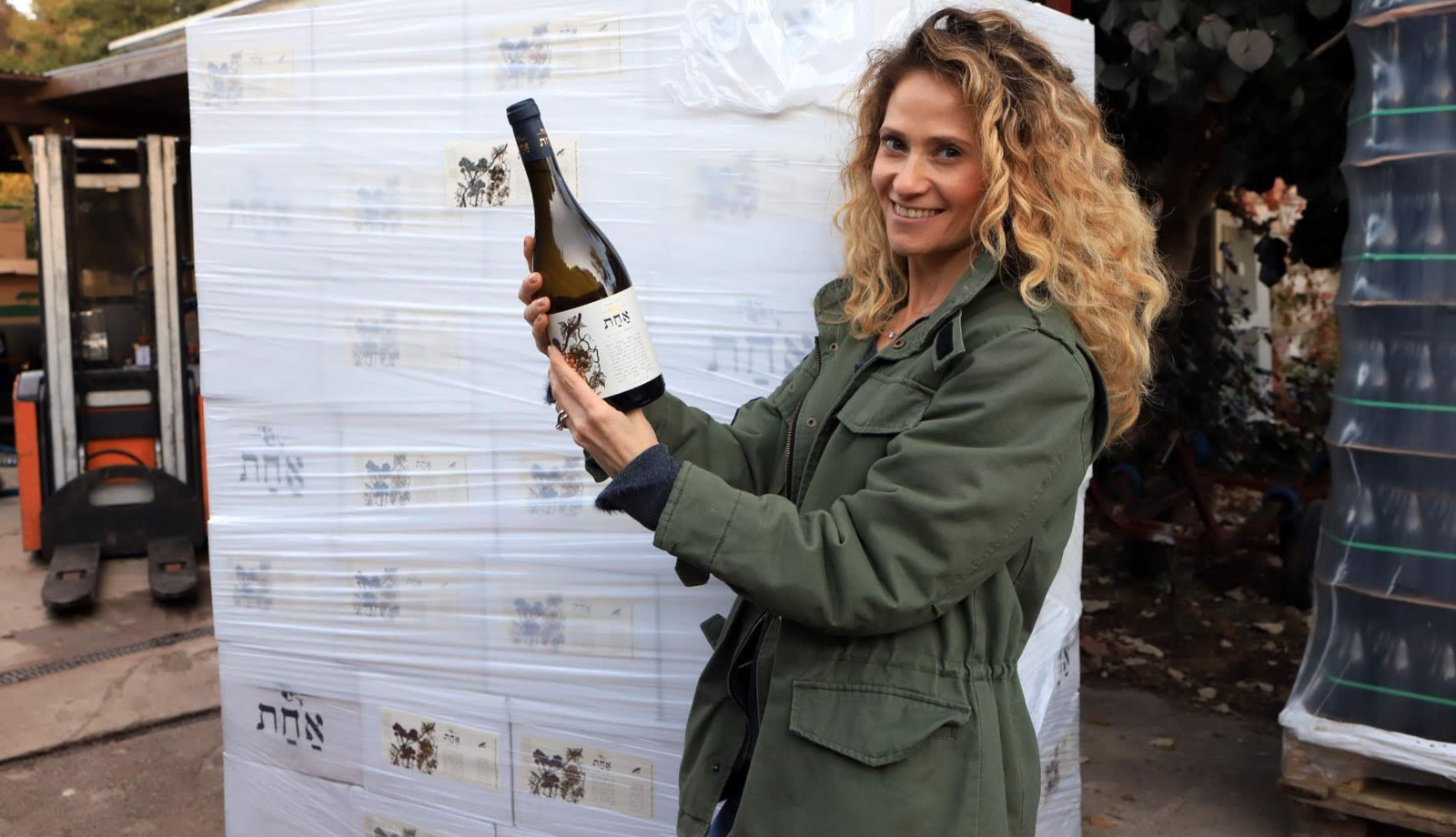 Nitzan Swersky, the wine goddess behind the brand who boasts a full head of freestyle blonde curls and an artistic vintage-style label on her wine bottles, only produced one distinctive white wine made from Roussanne and Viognier grapes until 2018, when she added a second wine made from Chenin Blanc grapes. Producing only around 3,000 bottles total for each vintage makes her wine a hot-ticket item.

Swersky currently only sells either directly from the winery, online (within Israel) and to restaurants with locally based wine lists like Rutenberg Restaurant in Gesher, which specializes in celebrating the local terrain. 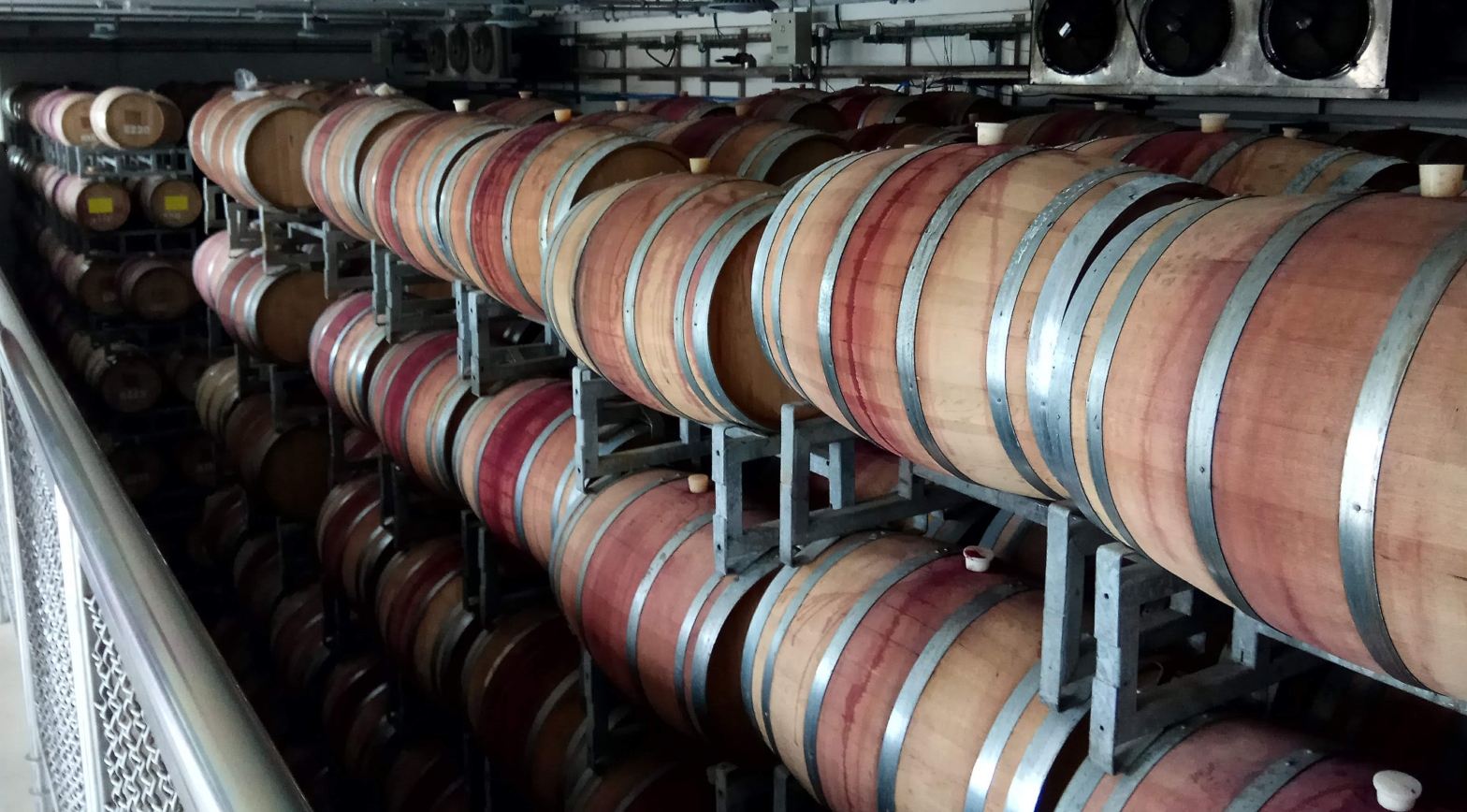 Lotem Winery on Kibbutz Lotem near Karmiel burst onto the scene in 2002 with an organic winemaking operation– one of the few in existence in the country to this day.

Galil Mountain Winery in Yir’on is similarly committed to sustainability, utilizing everything from solar power to organic waste compost and a specially insulated “green roof.”

Effectively making similar revolutionary changes like the ones that led Israelis to transcend from poorly imitating formal French dining in the 1980s, to the emergence of bold and vivacious modern Israeli cuisine that has come up in recent years, the boutique wine industry in Israel, and especially the Galilee, is making waves internationally, at home and even on the beach.