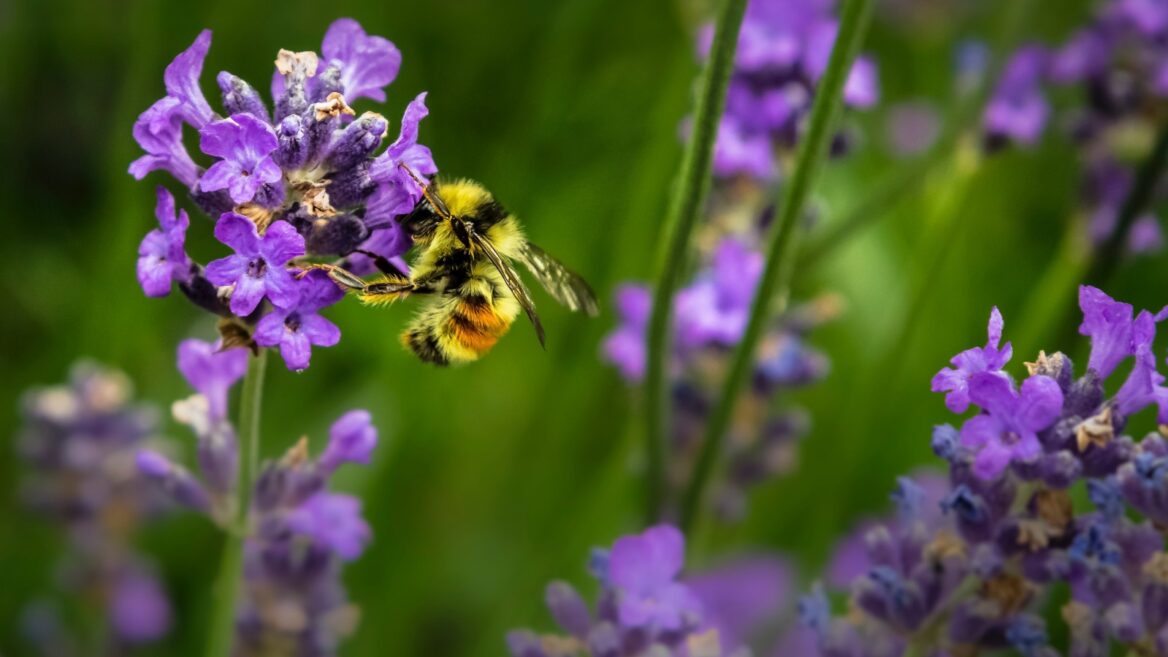 The world’s bee population is dying out due to a lethal combination of modern demand and natural stresses. Photo by Jenna Lee on Unsplash

Rosh Hashana is upon us, and that means honey on our tables and honeybees on our minds.

It’s no secret that the humble honeybee is in danger. The global bee population is dying at a dizzying rate due to a lethal combination of modern demand and natural stresses such as climate change.

This is a grave concern, for about one third of all plant and plant products that we consume are dependent on bee pollination.

In true Startup Nation style, Israeli individuals and companies are working to mitigate this disaster, employing all means of technology, innovation and out-of-the-box thinking. 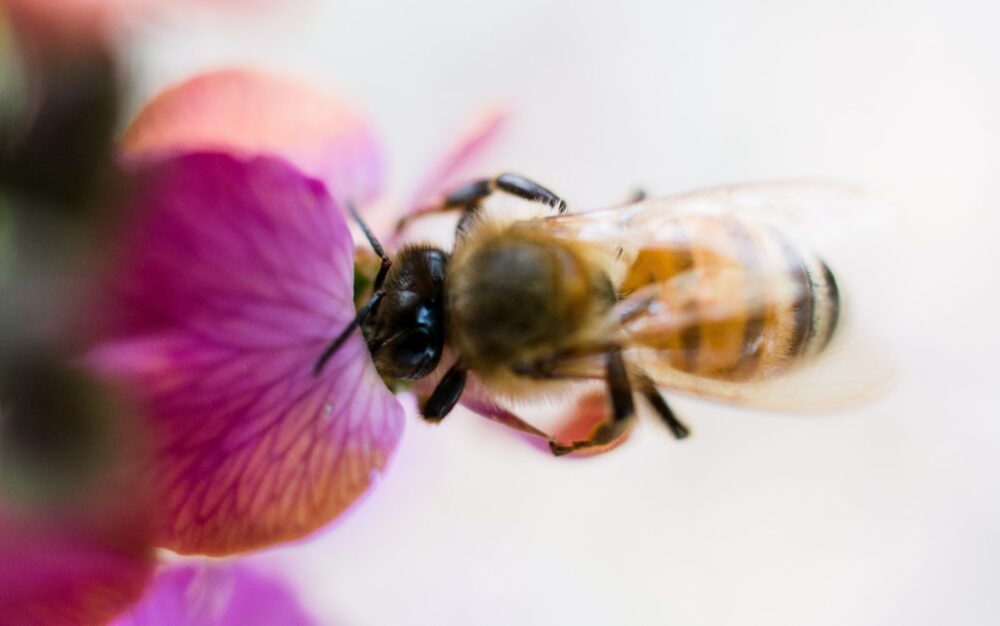 Should bees disappear, large amounts of crops and plant products will be badly affected, endangering mankind’s diet and well-being. Photo by Kelsey Brown on Unsplash 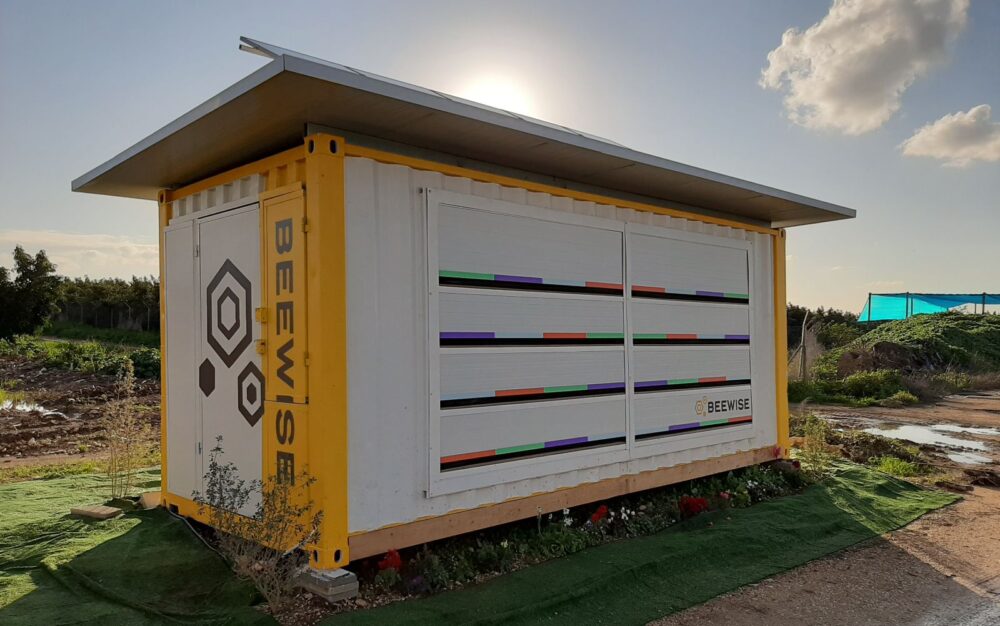 Traditional beehives require beekeepers to dress up in full hazmat gear, light up a smoker before opening them and then manually feed and water the bees as well as collect the honey. This extensive manual labor means that commercial beekeepers get to each hive only once every few weeks, during which many bees are lost to disease, pests or other problems.

But no more – Israeli startup Beewise has developed an autonomous beehive called Beehome that can house up to 40 bee colonies, or 2 million bees, and take care of their health and upkeep using computer vision, AI and precision robotics. All data is transmitted to the beekeepers via app to make them aware of any problems as they emerge.

A veteran Israeli company that goes back over 35 years, BioBee Biological Systems was a pioneer in natural agricultural products. For natural pollination, it came up with an ingenious solution – utilizing common bumblebees to pollinate plants rather than overburdened honeybees. The company produces these bees, which unlike the more finicky honeybees that require sunlight to complete their jobs can also pollinate plants in cloudy conditions or even in greenhouses. BioBee products are sold across 100 countries. 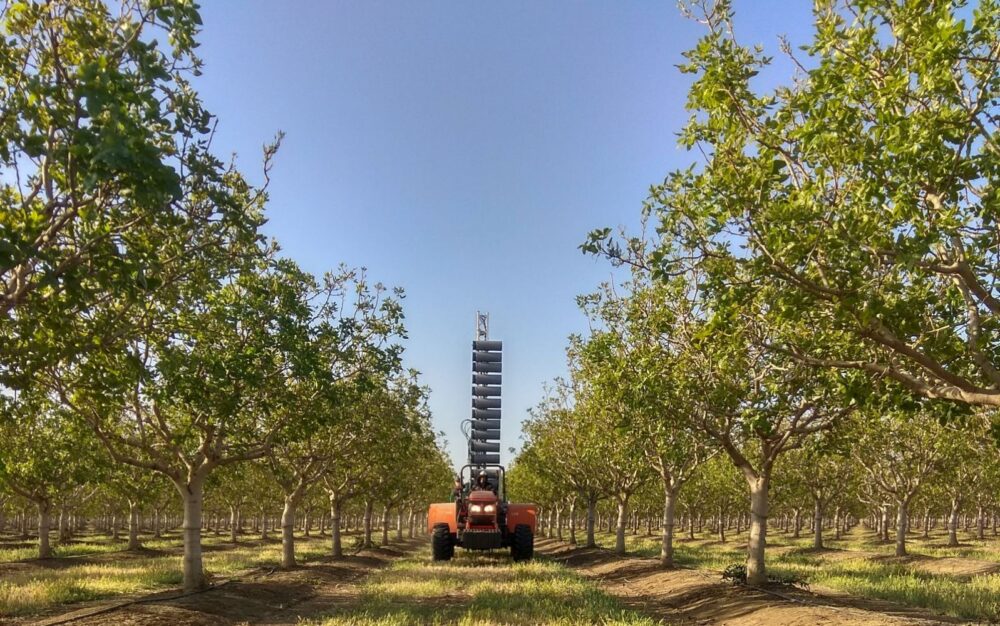 A prototype of Edete’s mechanical pollinator at work. Photo courtesy of Edete.

Pollen is collected from mechanically harvested flowers, from which the system separates the pollen, stores it and a year later, during the blooming period, distributes it using an artificial pollinator. The company is currently scaling up its solution and piloting it on almond and pistachio trees in Israel and California. 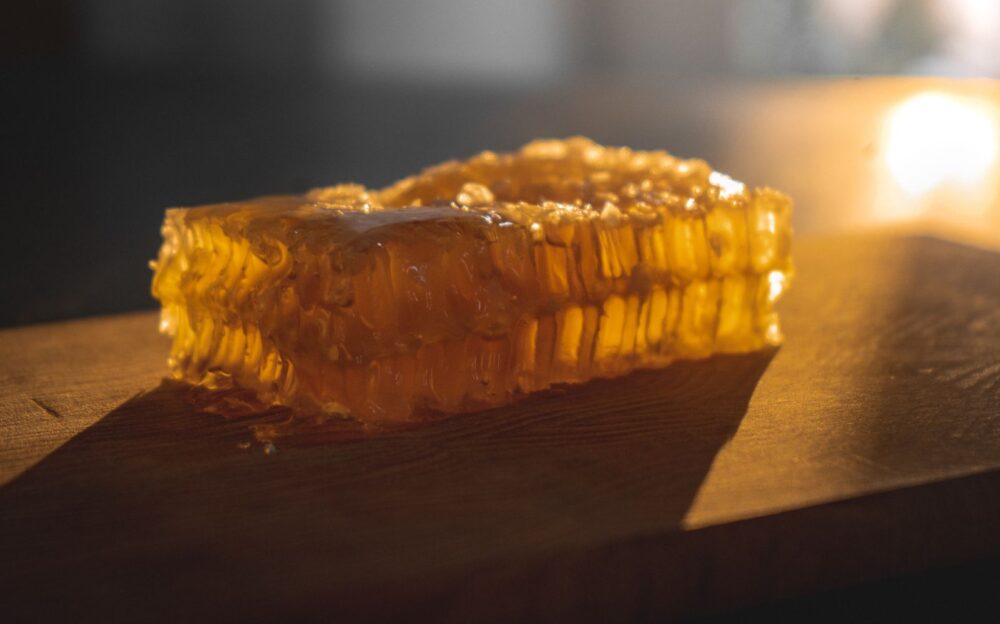 The Israeli Honey Board brings together the country’s 529 licensed beekeepers and their myriad of bees. Photo by Kai Hawes on Unsplash

The Israeli Honey Board groups together the 529 licensed beekeepers and their 120,000 hives in the country and provides them with a range of services. These include a collaboration with Keren Kayemeth LeIsrael-Jewish National Fund (KKL-JNF) to provide around 100,000 free seedlings each year that are planted to make up for the loss of open areas and to give the bees a healthy, varied diet. The board also supports research into topics such as the colony collapse disorder (CCD), which is at the root of the bees’ sticky situation. 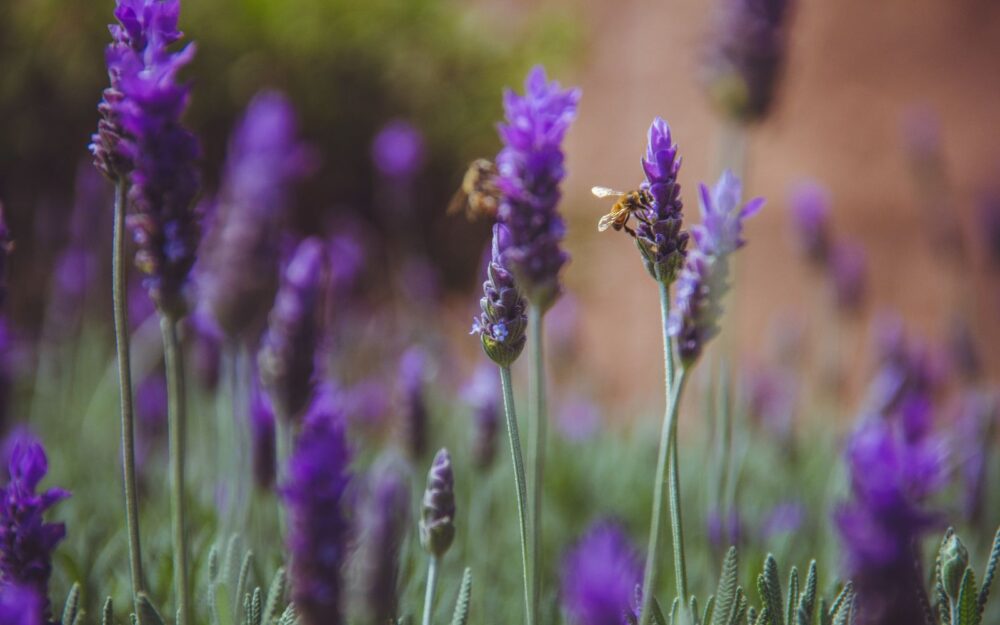 Bees are prone to disasters such as colony collapse disorder, which many technological solutions are trying to mitigate. Photo by Alfonso Navarro on Unsplash

BeeHero, with its headquarters in California and research and development in Tel Aviv, is a startup that developed sensors for installation inside hives. The data that these sensors collect undergoes machine-learning algorithms to predict possible disorders, enabling commercial beekeepers to address their colonies’ health in real time and stay up to date on pollination cycles. 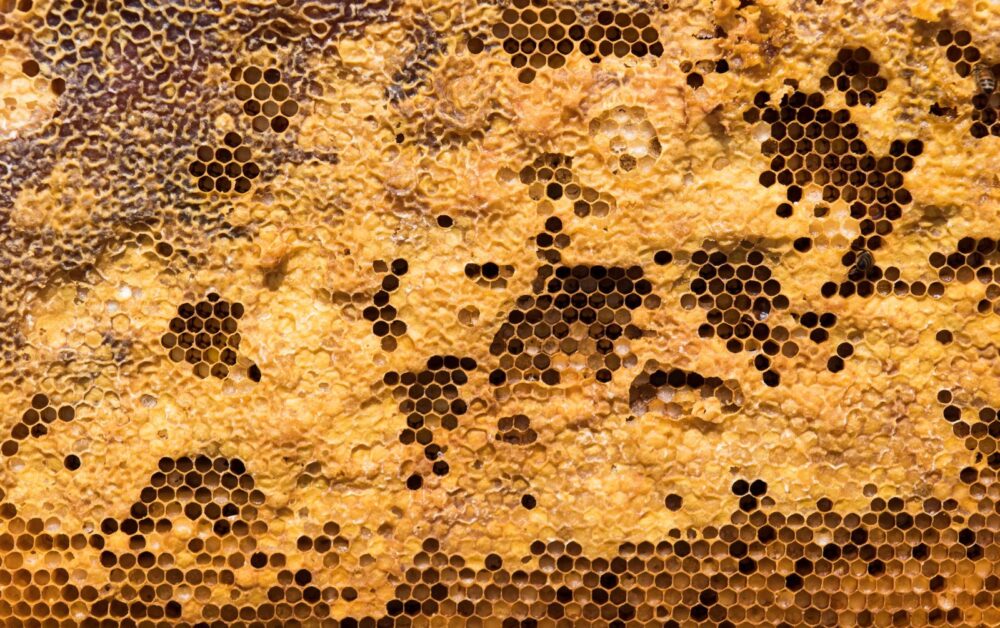 Modern demand for honey puts a strain on bees, which also need to combat climate change and disease. Photo by Cool Calm Design Lab on Unsplash

Bee-io aims to relieve bees of their sticky burden and produce the golden syrup without them, leaving them free to concentrate on pollination and the guarantee of our future environment and food supply. The company produces its own nectar, filters it, processes it to turn it into honey and then evaporates it to reach regular honey texture. The result, according to the company, is premium, eco-friendly and delicious honey. Just with no bees involved. 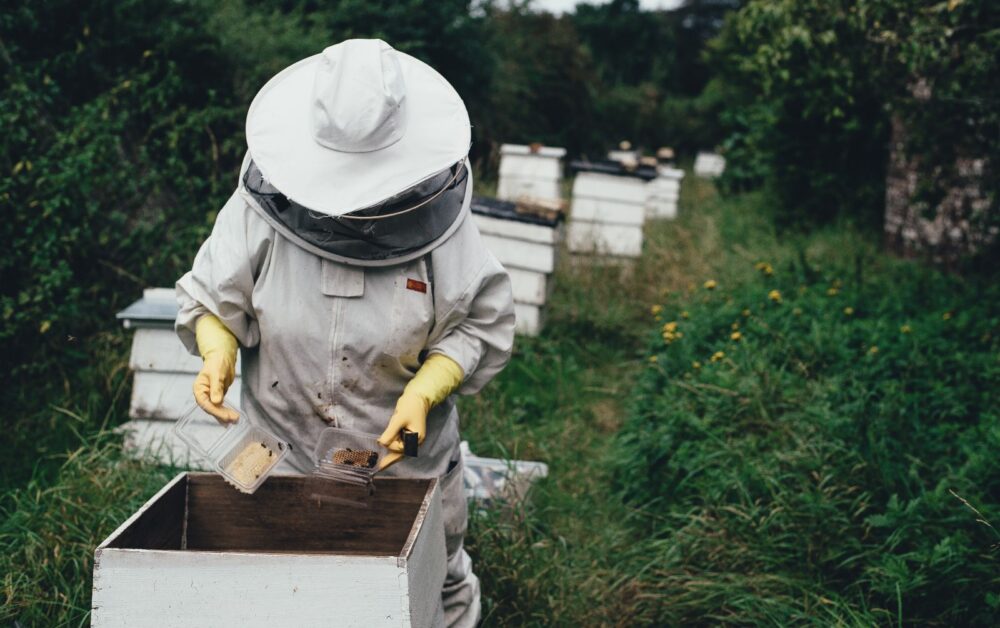 Commercial beekeepers can utilize cutting-edge technologies to stay up to date on their beehives and guarantee their bees’ health and happiness. Photo by Annie Spratt on Unsplash

The parasitic varroa mite feeds on honeybees and infects them with dangerous viruses. To protect entire colonies from collapsing, ToBe developed the Hivemaster, an in-hive, automated device that sprays anti-varroa miticide straight into the beehive. The compounds are released in minuscule and precise amounts, without harming the bees or the hives. 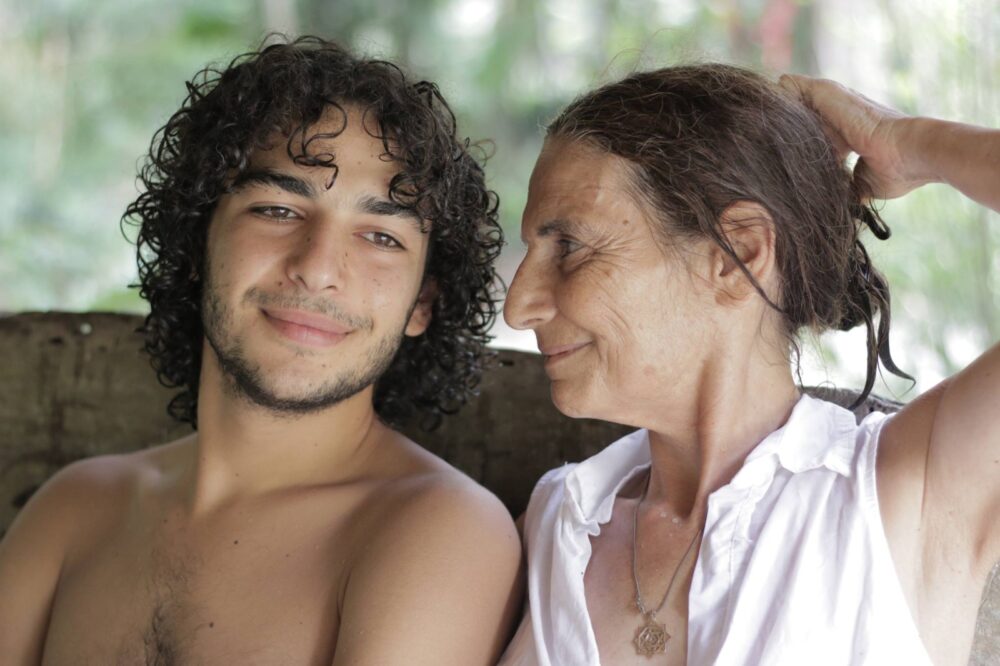 Israeli-born Netanel Moshe Sagi and his mother, Daniela Gemma Abravanel, have a holistic retreat on the Mexican island of Cozumel called Holistic Tikun that offers yoga, meditation and Kabbala lessons. So far, so traditional(ish). But their retreat is also home to 24 rescued colonies of stingless bees called Meliponini bees, which are gravely endangered by deforestation fueled by the livestock industry. Guests at the resort get a tour of the colonies, taste the bees’ exceptional honey and learn about the devastating effects human activity has on their surroundings.

UNCOVER ISRAEL - Get the ISRAEL21c
Weekly Edition free by email
Sign Up Now!
Bring Israel's story to life.
Millions of people around the world rely on us to gain a deeper understanding of Israel. We are the trusted source for original content you won't find anywhere else.
You can make a difference. Donate today to support journalism that brings Israel’s story alive.
SUPPORT ISRAEL21c
Read more on:   Environment, bees, Rosh Hashana