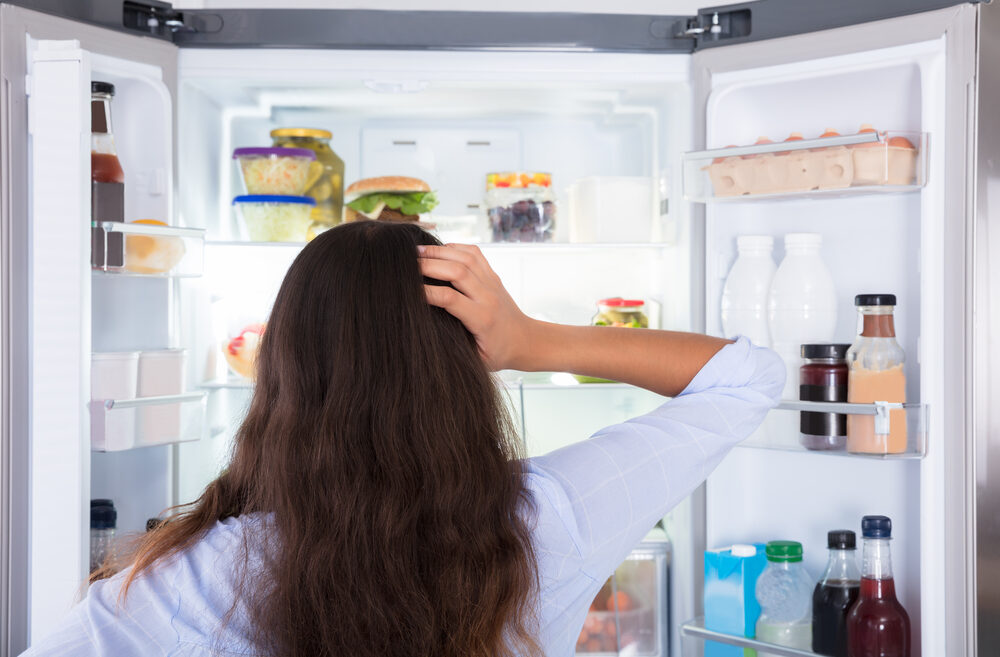 If visions of sugarplums are still dancing in your head after the holidays, it’s time to get real. We all know what happens when we overindulge in Hanukkah sufganiyot or Christmas fruitcake, and it’s not a pretty picture.

After one too many cups of eggnog or a mountain of sour cream and latkes, we resolve to slim down in the new year. Again.

How can you make your weight-loss plan more successful this time around? We reviewed Israeli research and found these suggestions for effective dieting.

Have meals at set times,eating more in the morning and less in the evening.

That routine resets your circadian clock and results in better health and weight loss no matter how many total calories you consume, according to Prof. Oren Froy, director of the Institute of Biochemistry, Food Science and Nutrition at Hebrew University of Jerusalem.

“The timing of food intake is extremely important,” says Froy.

His studies have shown that the identical meal can make you gain or lose weight depending on when you eat it. 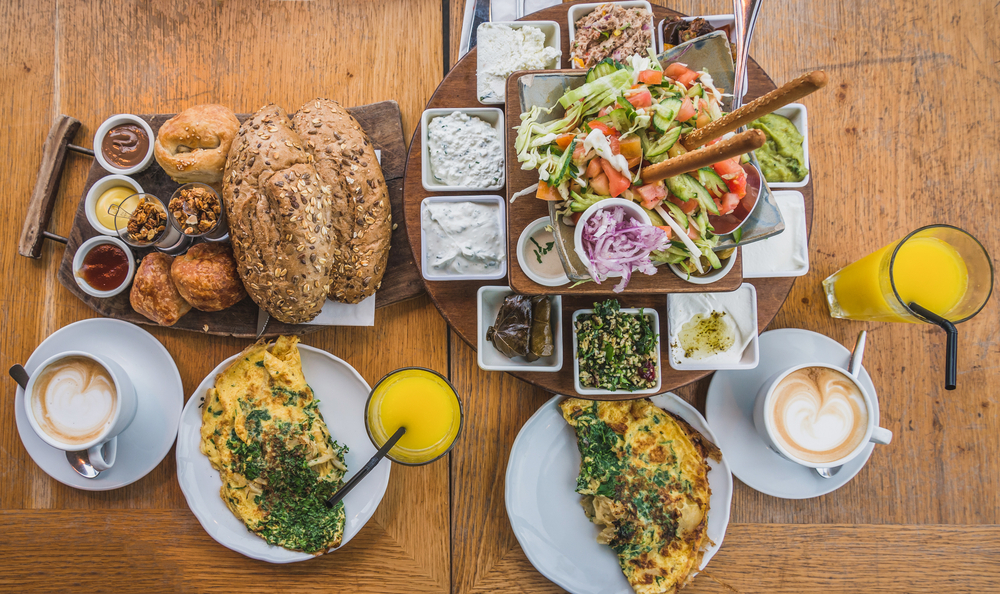 A big breakfast at a restaurant in Tel Aviv. Photo by Shutterstock

A high-calorie breakfast synchronizes your circadian clock, while skipping breakfast disturbs your rhythm and can cause weight gain, says Froy.

And finally, research Froy did with colleagues at Tel Aviv University suggests that a hearty protein-rich breakfast (even with a small piece of cake for dessert!) increases metabolism and decreases hunger throughout the day. 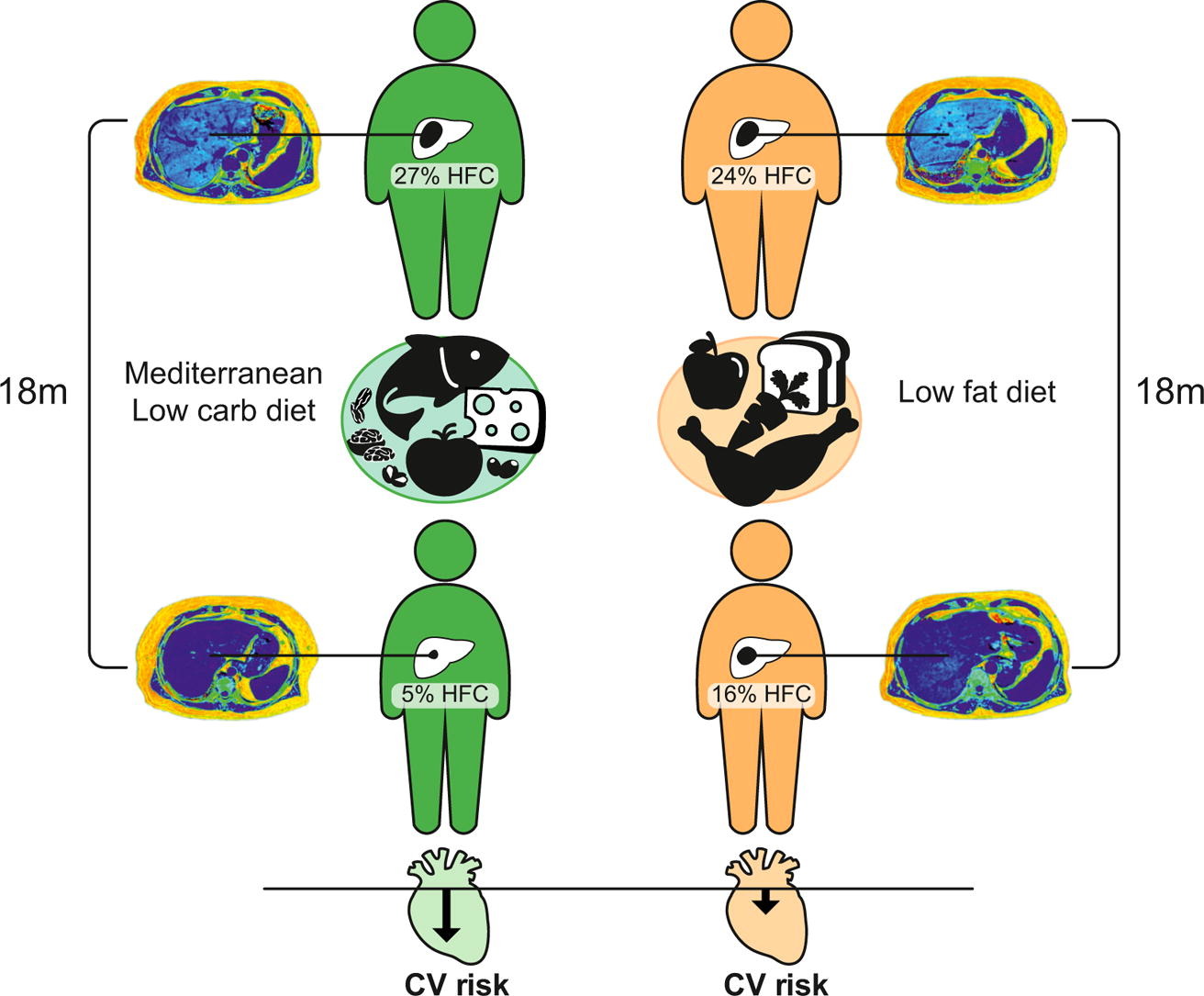 Illustration from the study “The beneficial effects of Mediterranean diet over low-fat diet may be mediated by decreasing hepatic fat content” in the Journal of Hepatology.

Comparing the results of subjects who reduced calorie intake through a low-carb Mediterranean diet or a low-fat diet, they saw that both groups lost a moderate amount of weight – especially those who also were put on a moderate exercise regimen.

Shai said that’s because a low-carb Mediterranean diet is more effective than other low-fat diets in reducing hepatic (liver) fat and some of the body’s other fatpools. 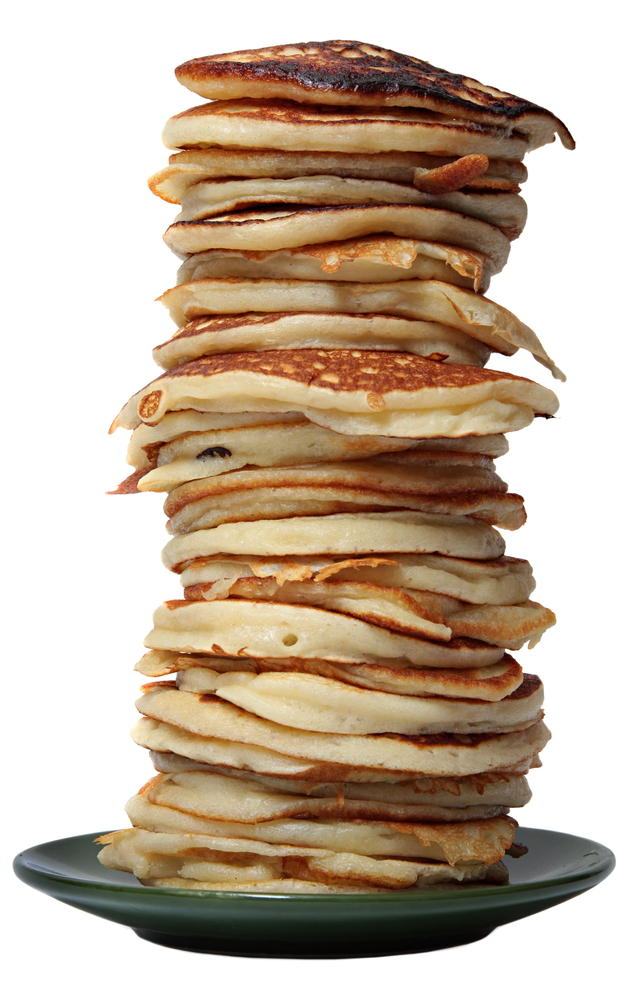 The popular trick of using smaller plates to help you control food portions doesn’t actually work, according to a study led by Dr. Tzvi Ganel, head of the Laboratory for Visual Perception and Action at Ben-Gurion University.

“Even if you’re hungry and haven’t eaten, or are trying to cut back on portions, a serving looks similar whether it fills a smaller plate or is surrounded by empty space on a larger one,” said Ganel.

“Over the last decade, restaurants and other food businesses have been using progressively smaller dishes to conform to the perceptual bias that it will reduce food consumption,” says Ganel.

“This study debunks that notion. When people are hungry, especially when dieting, they are less likely to be fooled by the plate size, more likely to realize they are eating less and more prone to overeating later.”

If you and your friend eat an identical meal, each person’s blood-sugar level will react differently because everyone’s gut microbiome is unique.

That was the conclusion of the groundbreaking Personalized Nutrition Project pioneered by Weizmann Institute of Science professors Eran Elinav and Eran Segal in 2015.

“This was a big paradigm shift,” Elinav tells ISRAEL21c. “Diet advice used to be based on quantifying or grading food to determine which is good and which is not. We showed that rather than scoring food we should score people because people react uniquely.”

The Elinav and Segal labs developed algorithms to quantify the gut microbiome and apply machine learning to predict what food spikes blood sugar for each individual. 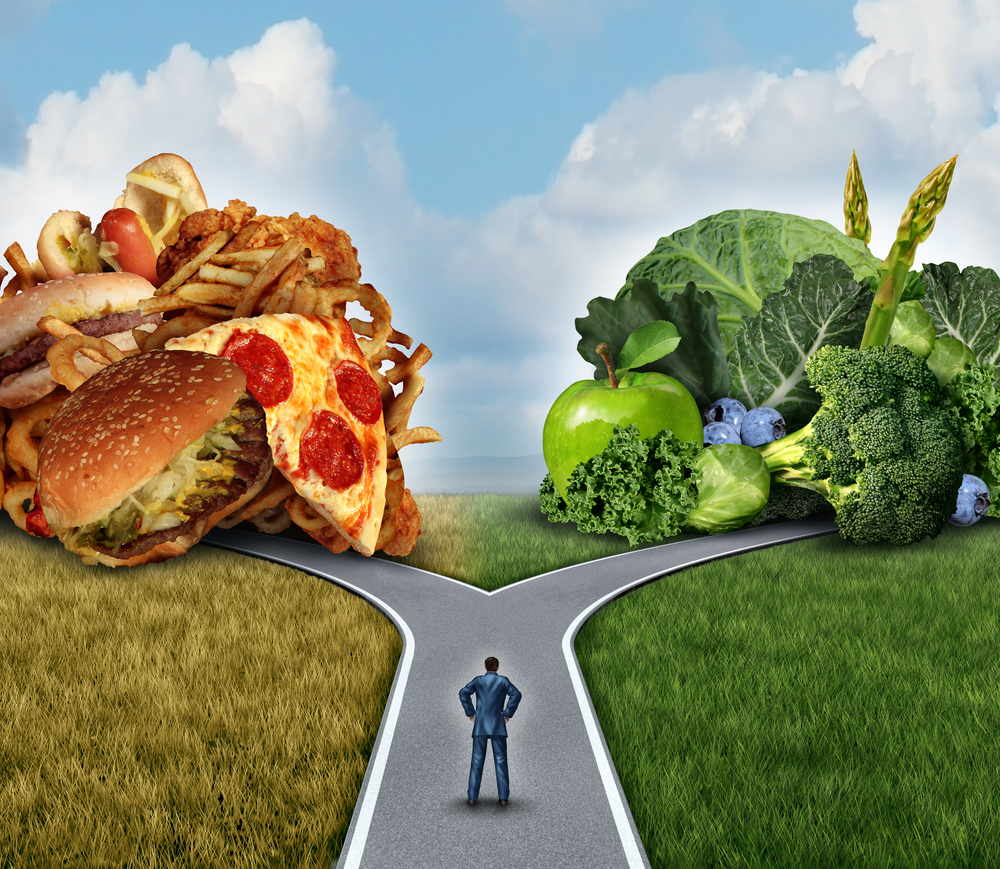 There’s no way round it, vegetables are best. Photo by Shutterstock

The food we eat has a cumulative effect, so a day of eating the “wrong” things doesn’t mean you should give up on your healthy diet.

Ben-Gurion University researchers found that most people achieve the greatest weight loss in the first six months of a diet plan. However, the health benefits – including reversal of hardening of the arteries — continued for years after weight loss leveled off.

If you’re getting proper nutrition most of the time, your body will be flexible enough to withstand the effects of that occasional binge we tend to do during holiday times.