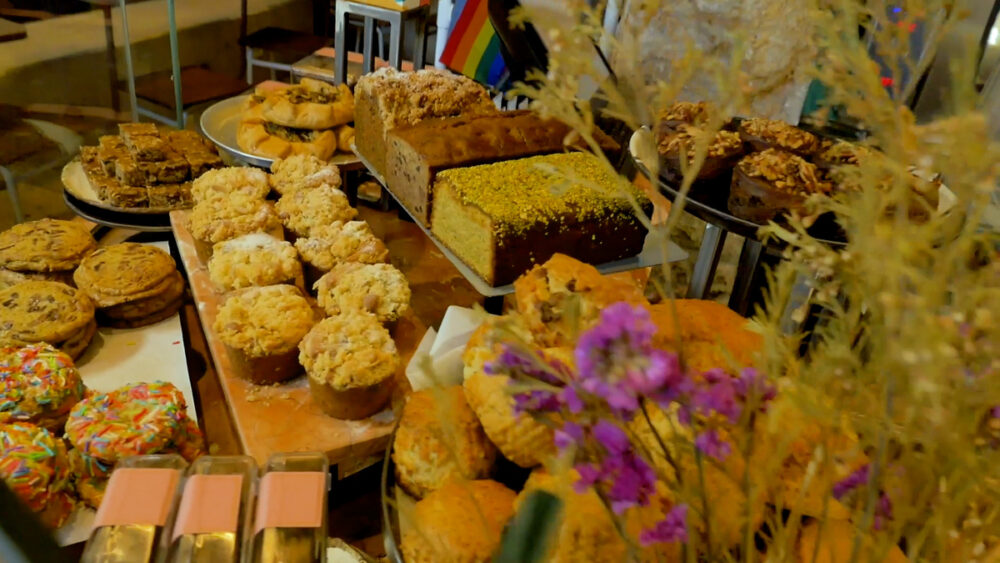 Baked goods on sale at the Eats Cafeteria on Sheinken Street. Photo still from film
UNCOVER ISRAEL - Get the ISRAEL21c
Weekly Edition free by email
Sign Up Now!
Give
Every
Month
Help ISRAEL21c uncover
the Israel we love