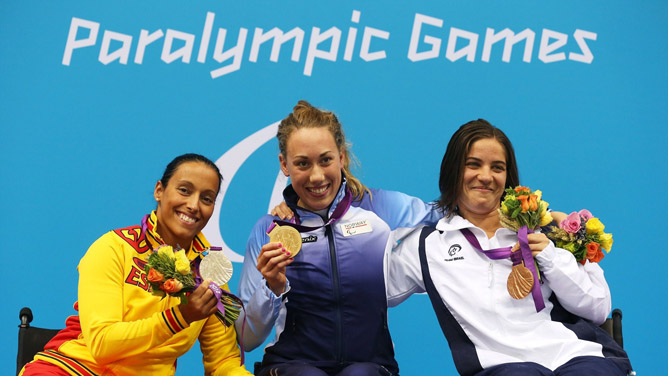 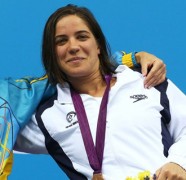 Inbal Pezaro (www.london2012.com)
Pezaro started her winning campaign on Thursday when she won Israel’s first medal in the 50-meter freestyle event. On Saturday, she was back on the podium this time as the bronze medal winner in the 200-meter freestyle contest.

Prime Minister Binyamin Netanyahu congratulated Pezaro on his Facebook page, writing: “A good start for the Israeli delegation, and good luck to the rest of the athletes later on.”

Another podium standing came from swimmer Izhak Mamistvalov, who won a bronze medal in the 200-meter freestyle heat. Mamistvalov – who took two golds and a silver at the Athens Games – touched the wall 0.01 seconds before fellow Israeli swimmer Iad Shalabi to take the medal.

Pezaro and Mamistvalov still have two more races ahead of them.