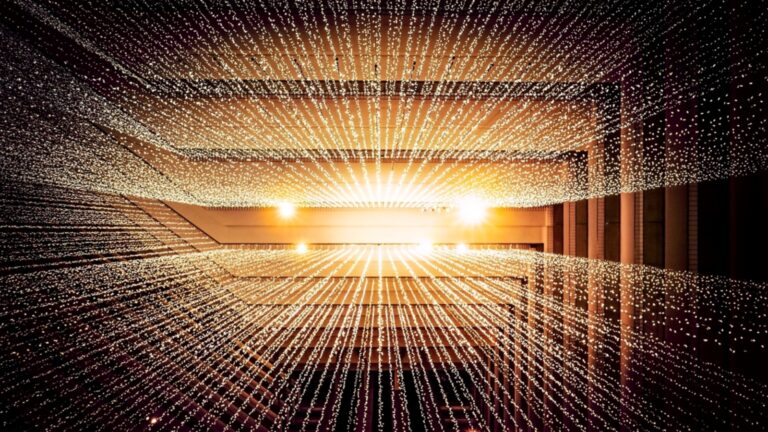 The Israeli cybersecurity industry raised a record-breaking $8.8 billion in 2021, triple the amount compared to the previous year, and set more records in overall cyber exports and in the number of Israeli companies that achieved unicorn status.

The $8.8 billion sum was raised in more than 100 deals, according to data from the Israel National Cyber Directorate. While four cybersecurity IPOs took place last year, 11 Israeli companies became unicorns, making one in three cybersecurity unicorns in the world blue-and-white.

Around 40 percent of the private global investment in cybersecurity funding rounds take place in Israel. Last year saw more than 40 acquisition deals of Israeli companies by local and foreign entities with an estimated worth of $3.5 billion.

Overall cyber exports, meanwhile, were valued at $11 billion by the Israeli Export Institute. 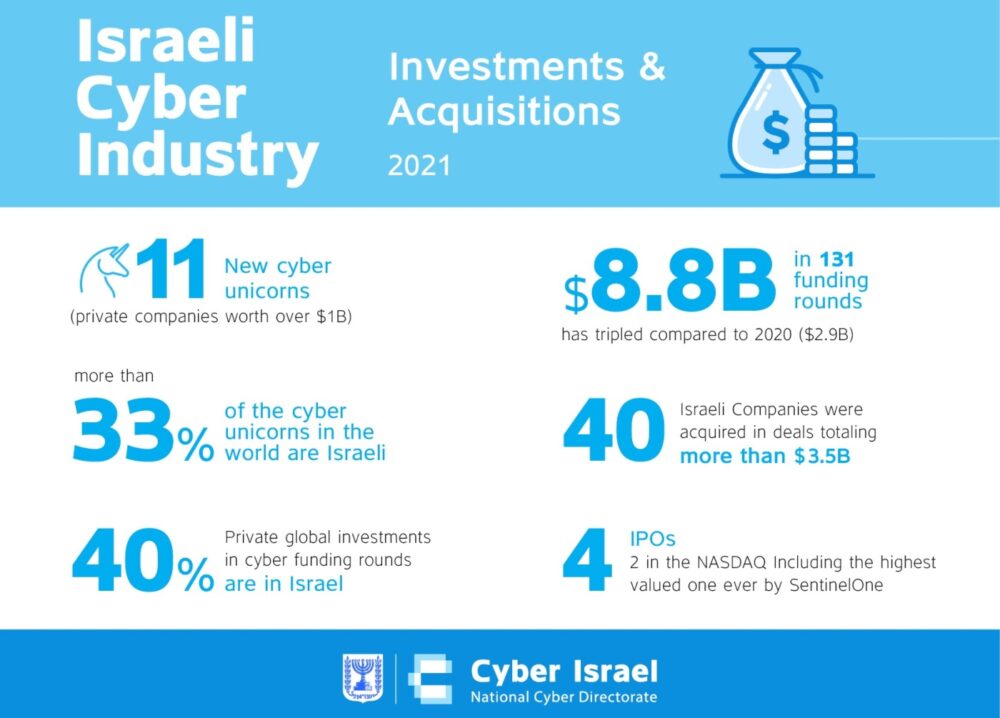 “The Israeli cyber industry wrapped up another record-shattering year in which it showed that it was not only an economic growth engine in Israel of the highest order, but also a pillar of the global cybersecurity innovation ecosystem,” says Israel National Cyber Directorate Director Roi Yarom.

According to Prof. Eviatar Matania, lead author of Cybermania: How Israel Became a Global Powerhouse in an Arena That Shapes the Future of Mankind, cyber accounts for 15% of Israel’s high-tech exports, which in turn account for half the total of the country’s exports.

He notes that Israel became a cyber powerhouse due to concentrated efforts in the past decade. These included heavy investments by the government in cyber startups, the establishment of six cyber research centers at universities across the country, and the many IDF veterans who translated their military cyber experience into private business ventures.

UNCOVER ISRAEL - Get the ISRAEL21c
Weekly Edition free by email
Sign Up Now!
Bring Israel's story to life.
Millions of people around the world rely on us to gain a deeper understanding of Israel. We are the trusted source for original content you won't find anywhere else.
You can make a difference. Donate today to support journalism that brings Israel’s story alive.
SUPPORT ISRAEL21c
Read more on:   News, Technology, Cyber Security