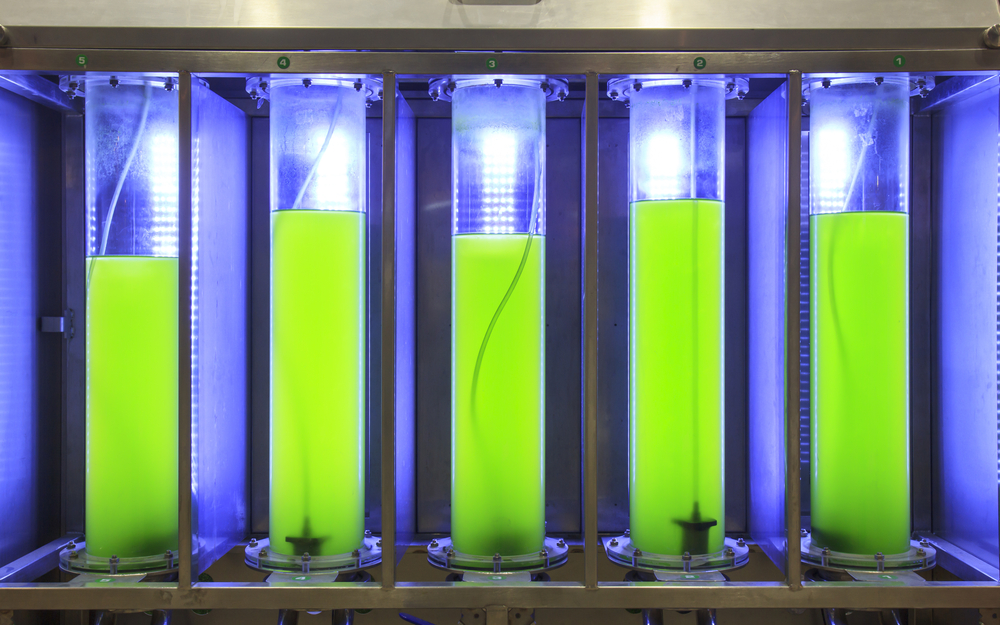 Algae can also be used as a biofuel. Photo by www.shutterstock.com

They don’t look like much. They can be anything from microscopic in size to huge sea kelps and seaweeds, but they’ve never commanded much attention from the general public. And yet algae could be the answer to some of the most pressing problems facing mankind today.

Indeed, you’ll already find algae at the heart of many food products from baby formula to ice-cream, providing texture, stabilizing features and important nutrients for health; as well as in deluxe skin-care products and dietary supplements.

It’s no surprise, then, that billions of dollars have been invested in the research of algae-based technologies, and Israel, as the startup nation, is at the forefront of much of the leading innovation emerging in this field.

“We see enormous interest in the algae space because of its ability to derive ingredients relevant to food, supplements and cosmetics, the heart of our business,” says Yoni Glickman, president of natural product solutions at Frutarom Industries  of Haifa, one of the world’s 10 largest flavors and specialty natural ingredients companies.

“We are always asking how we can bring more natural products into the food chain as the world moves away from synthetic ingredients, and we think algae provides an incredible platform to deliver that,” Glickman tells ISRAEL21c.

Here are eight of the Israeli companies betting on algae for 2016 and beyond.

1. TransAlgae in Rehovot was founded in 2008 during the worldwide race to make affordable biodiesel fuel from algae. After that bubble burst, the company found a novel high-value alternative for its proprietary technology for genetically engineering algae: delivering protein-based drugs and other biomolecules orally rather than by injection.

Though it could one day apply in human medicine, the technology for now is aimed at orally delivering biomolecules to animals, such as fish and chicken. Injecting their animals costs farmers quite a lot in terms of time, money and manpower. TransAlgae’s technology changes algae into a platform that produces and orally delivers the medication safely to the bloodstream, says COO Doron Eisenstat.

Algae grown at TransAlgae’s beta production site near Latrun are mainly for R&D purposes so far, but Eisenstat expects the algae to go on the market this year. Once commercial regulation and registration processes are completed, enhanced algae will also enter specific markets.

TransAlgae’s lead product accelerates growth of young fish in aquaculture farms. Down the line, the privately held company hopes to add products including fish and poultry vaccines and crop-protection molecules based on its unique platform.

2. Algatechnologies  is a world leader in the production and supply of AstaPure brand astaxanthin, a powerful antioxidant sourced from the red microalga Haematococcus pluvialis. Astaxanthin has been proven beneficial to vision, the immune system and skin texture, while protecting against the effects of radiation and aging.

AstaPure softgel and hardshell capsules, topical creams, emulsions, drink mixes and suspensions — which just received verification from the Non-GMO Project — are sold to manufacturers of dietary supplements, cosmetics and functional foods and beverages in 30 countries. Most customers are in Japan and the United States. 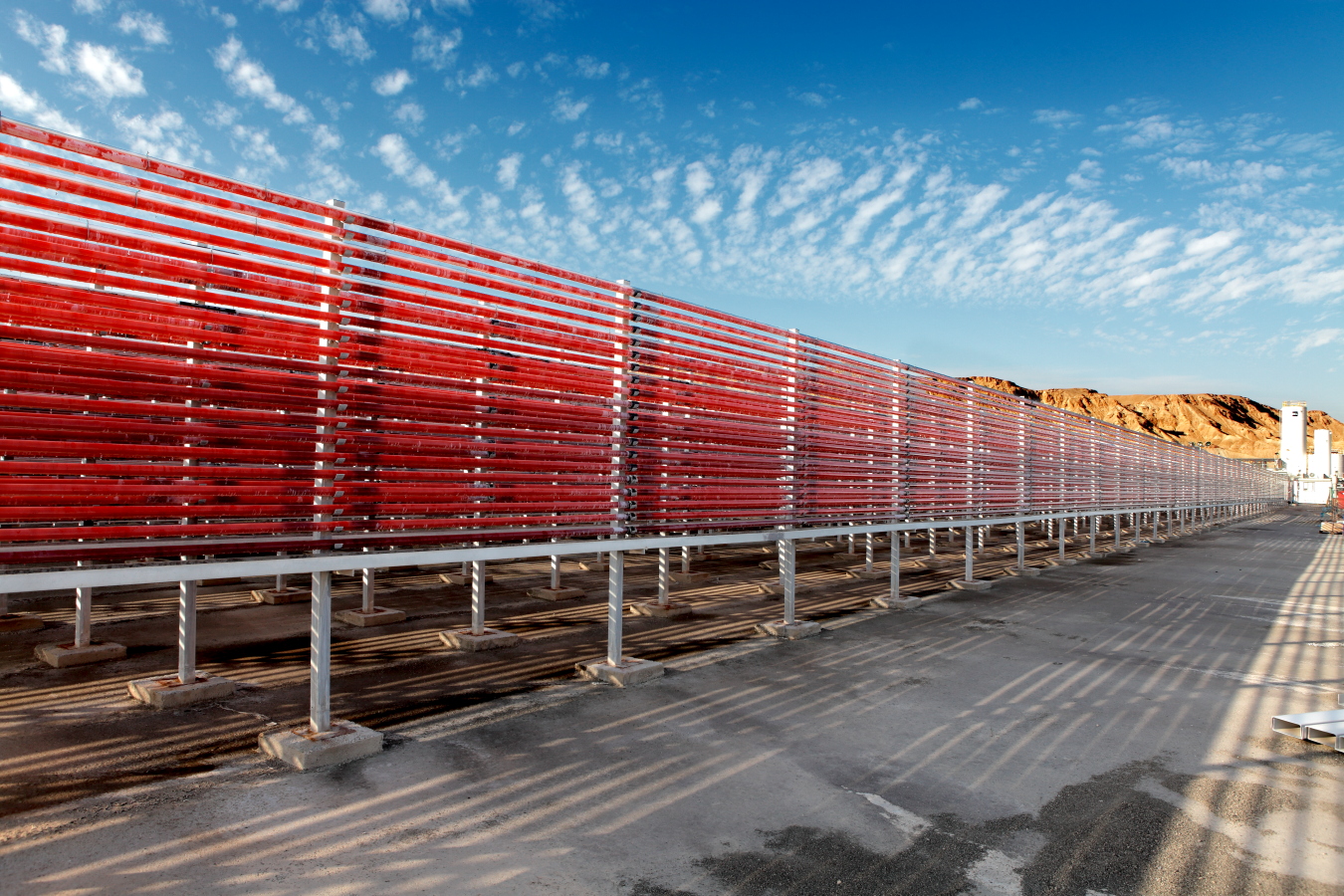 lgatechnologies, in Israel’s Arava desert, is a pioneer in producing astaxanthin from red microalgae. Photo courtesy

Founded in 1998 at Kibbutz Ketura and acquired by the British firm Grovepoint in 2013, Algatechnologies developed a way to mass-produce microalgae in Israel’s hot Arava desert near Eilat. Algatech was one of the first in the business.

“We doubled production two years ago and we are continuously expanding and spending on R&D to find additional microalgae with active ingredients,” says Chairman Ed Hofland, who also is involved in other environmental enterprises at Ketura including Arava Power for solar energy.

“There is a lot of buzz in Israel about the microalgae business, and I think it’s driven by our success,” adds Hofland.

3. Qualitas Health, founded in Jerusalem in 2012, is the world’s only algae company with an FDA-approved omega-3 product, produced from algae grown sustainably on a 250-dunam (62-acre) production capacity in Texas. 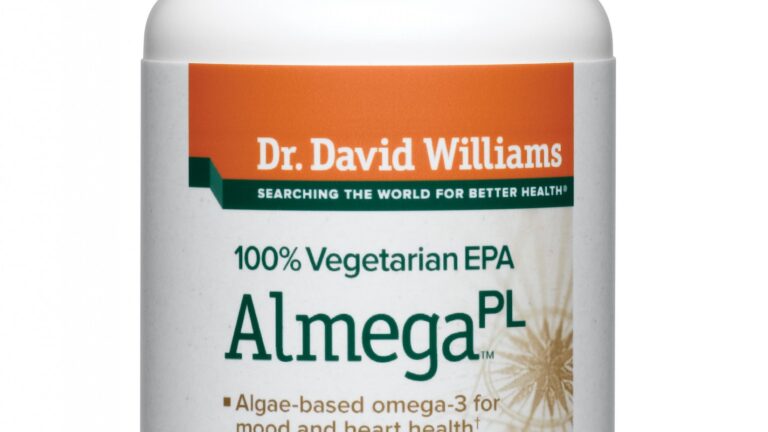 “Qualitas Health took algae from boutique production into something we call algaculture, at a lower cost and on a huge scale,” CTO Isaac Berzin tells ISRAEL21c.

Most people get their omega-3 from fish oil, but the fish get it from algae. Cutting out the fish “middleman” makes sense — if the price is comparable and the nutrient is at least as well absorbed by humans. This is Qualitas’ unique achievement, says Berzin.

The company’s Almega PL is sold through distributors in the United States and will soon be available in other countries.

“When you grow algae for omega-3, that is only a small percentage of total biomass,” adds Berzin. The rest of the biomass consists of an easily absorbed protein with a complete amino-acid profile.

“The world is desperate for alternative protein sources and our algae need no freshwater and no fertile land usage, so it is an extremely sustainable platform for producing protein. We are developing the product with several large customers.”

Berzin, whose work in algae biotechnology placed him on TIME Magazine’s Top 100 people in the world for 2008, founded the first company in the world developing algal biofuels and designed algae cultivation systems for NASA.

4. Aquanos won the Cleanvest Cup for best innovative company at the 2015 Watec Israel conference for its energy-efficient wastewater-filtering system using microalgae-fueled oxygen. The company’s CEO, Udi Leshem, won a ticket to present at the first China-Israel Technology Innovation & Investment Summit  held in Beijing in early January.
‬‬‬‬‬
Founded in 2011 in Shoshanat HaAmakim north of Netanya, Aquanos is installing its unique wastewater treatment systems across Africa, Asia, North America and Israel. Its system uses up to 90 percent less energy than do conventional aerobic wastewater treatment plants, and produces biogas as a byproduct. The microalgae can then be harvested to make other products such as fertilizers and bioplastics.

In May last year, Aquanos was featured at a Global Entrepreneurs event at the White House, and in December 2014, Aquanos was one of four winners in the Tel Aviv Challenge Cup, a competition organized by US-based accelerator 1776.

UniVerve, founded in 2009 in Tel Aviv, is establishing microalgae farms based on its proprietary technology.

“UniVerve sees microalgae biomass as a feedstock for many existing and future industries such as food, feed and fuel,” says Yoni Sharon, the company’s vice president for business development, who has a PhD in plant eco-physiology.

Its first commercial farm, based on Kibbutz Neve Eitan in the Beit She’an Valley not far from the Sea of Galilee, is producing omega-3 rich biomass for the food-supplements -and feed industries. The farm is also meant to serve as a training center for clients wishing to establish algae farms overseas.

Sharon says that UniVerve intends to revolutionize the microalgae production industry. “Our vision is that our technology will result in feedstocks, biomass and products that are much more cost-effective and affordable.”

“UniVerve recently initiated negotiations with Chinese partners to establish a subsidiary and new projects in China,” he adds. “We are looking for business partners to invest in new projects and help us further develop our product portfolio. The potential for the biomass is enormous, so we are taking a wide perspective.”

6. Frutarom Industries  cultivates algae as the source for a variety of active ingredients, based on technology licensed from Ben-Gurion University of the Negev in 2003.

“We have a significant growing facility in Moshav Gilat in southern Israel for the microalga Porphyridium, used as an anti-inflammatory cosmetic ingredient in many major high-end brands across the world,” says Yoni Glickman, president of natural product solutions at Frutarom.

Because the well-established company has thousands of customers across the world, it has the advantage of being able to move into algae-seeking markets quickly and easily, he adds. “We can take those technologies and put them right in our ecosystem to fill demands from global customers.”

7. Algalo Industries  of Kibbutz Ein Hamifratz has developed a unique method for efficient cultivation, harvesting and processing of a wide variety of microalgae.

Frutarom recently invested NIS10 million (about $2.6 million) in Algalo and will build a modern biotech facility there to produce microalgae for the food, dietary and clinical nutrition supplements and cosmetics industries. Frutarom will have exclusive global rights to market the Algalo products.

“This new investment represents a major move to the world of food and food supplements,” says Frutarom’s Glickman. “We bought 50 percent of Algalo to help our ability to grow algae more effectively and get the maximum harvest per unit so we can further develop new products. A lot of the growth in the algae market is not as good as it could be because the growing platforms are not ready for mass applications. This will provide a robust and economical platform as the world market expands dramatically.”

8. Nature Beta Technologies (NBT) of Eilat, owned by the Japanese company Nikken Sohonsha, reportedly is Israel’s largest and oldest algae producer. Since 1989, NBT has been growing the beta-carotene-rich alga Dunaliella bardawil under license by the Weizmann Institute of Science. This algal species, originally discovered in the Dead Sea and in the Bardawill lagoon in the Sinai Desert, is chockfull of natural anti-free radicals and has anti-cancer properties.

Under the direction of Chief Scientist Ami Ben-Amotz of The National Institute of Oceanography, NBT grows the algae in large open ponds and harvests them by centrifugation. The algae are dehydrated into a dry orange beta-carotene powder for health foods, pharmaceuticals and cosmetics, as well as nutritional supplements for markets in Japan and other countries.

NBT is one of eight partners – and the only Israeli one — in D-factory, a consortium funded by the European Commission with the goal of setting a world benchmark for a sustainable CO2 algae biorefinery based on Dunaliella biomass. 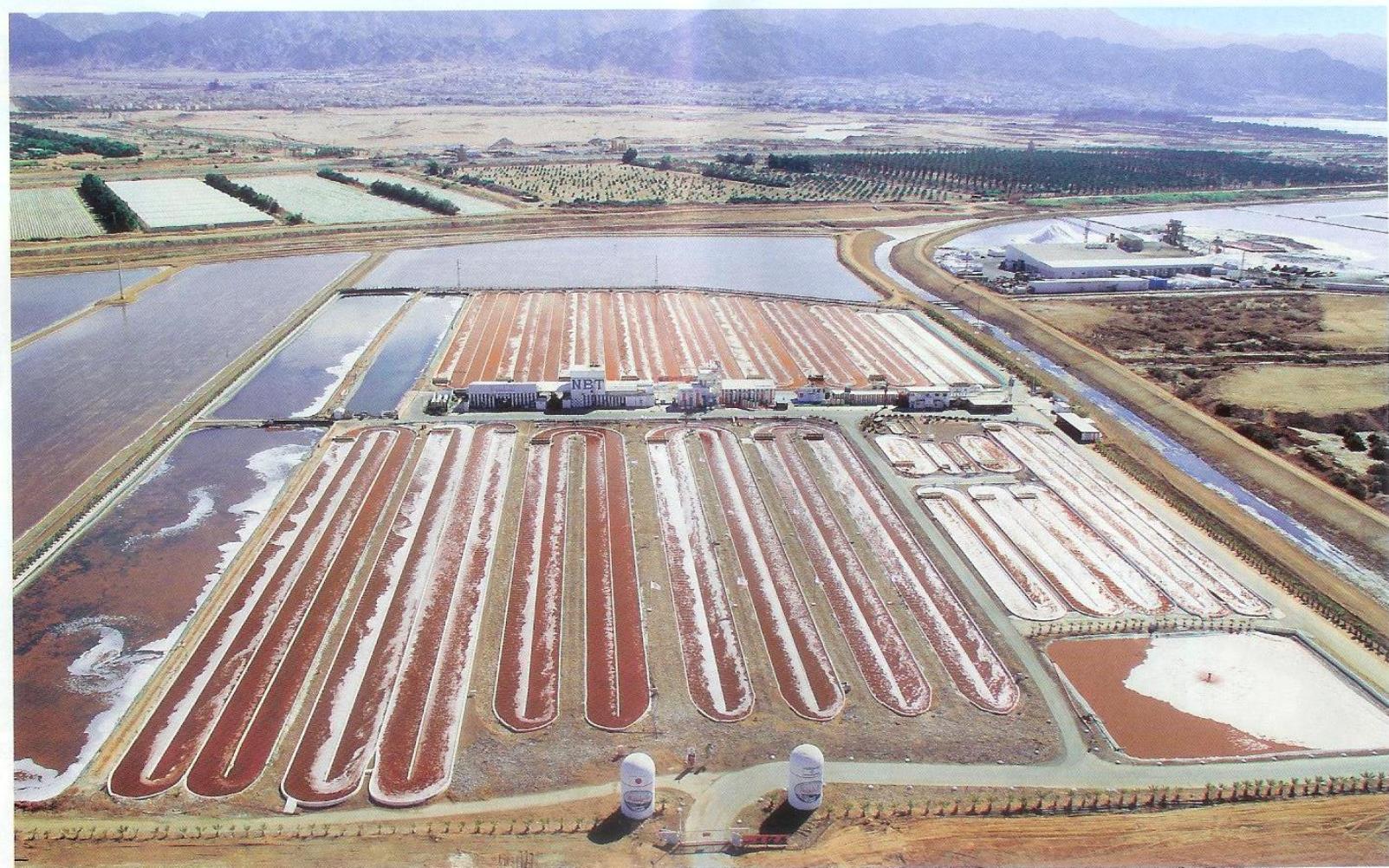 Photo courtesy of NBT.
UNCOVER ISRAEL - Get the ISRAEL21c
Weekly Edition free by email
Sign Up Now!
Give
Every
Month
Help ISRAEL21c uncover
the Israel we love