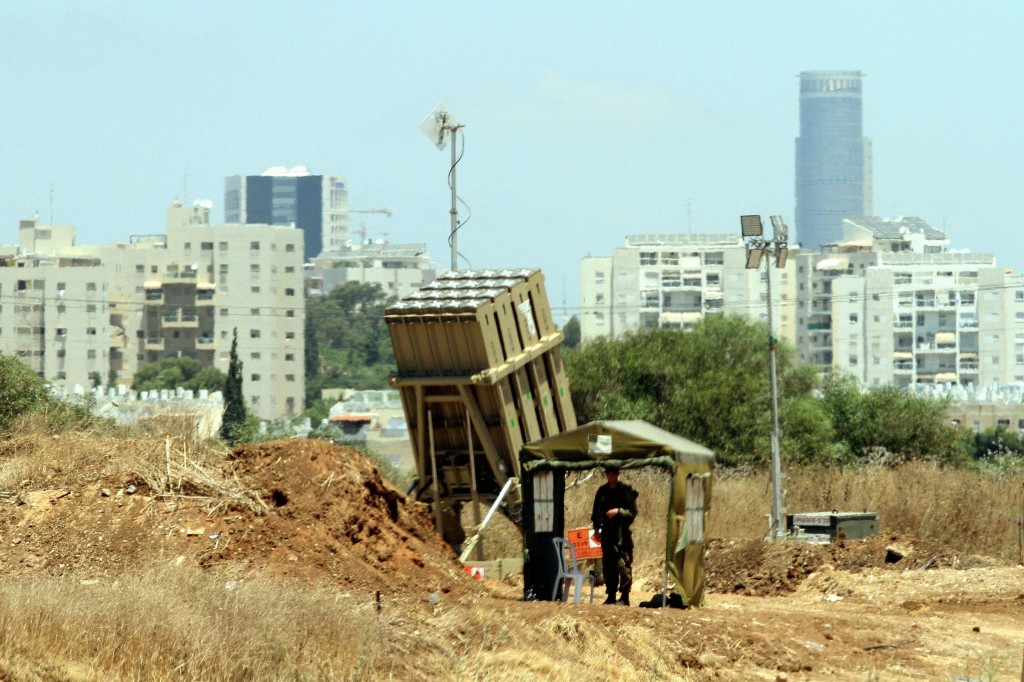 The Iron Dome anti-missile defense system is without a doubt the champion of Israel’s current conflict with Gaza. Without it, the hundreds of missiles fired by Hamas into Israel day after day would have likely caused many deaths, and severe damage.

Regular people and security experts alike all want to know more about this box-like contraption that is helping keep the Israeli population safe from the barrage of rockets.

Here are 15 facts you may not know about the Iron Dome system:

1. Iron Dome is the world’s only dual mission system that provides an effective defense solution for countering rockets, artillery and mortars as well as aircraft, helicopters, UAVs and PGMs. It can detect and intercept rockets and artillery shells headed for population centers within a 43.4-mile (70-kilometer) range.

2. A toy car sold by Toys R Us inspired developers in building the Iron Dome. One of the leading developers recently told Hayadan , the Technion-Israel Institute of Technology’s magazine, that due to schedule and budget constraints, some of the missile components were taken from a toy car he had bought for his son at a local Toys R Us store.

3. The Iron Dome system was designed to be operated easily by an average woman soldier 160 centimeters in height and 48 kilograms in weight, according to Hayadan.

4. Iron Dome can handle multiple threats simultaneously and efficiently. The system only intercepts an incoming rocket if it is deemed a critical threat. A unique interceptor with a special warhead detonates any target in the air within seconds.

5. The cost of launching a missile from the Iron Dome at a threatening rocket has been reported to cost anywhere from $20,000 to $100,000. The rockets fired by terror groups at Israel are estimated to cost between a few hundred to a few thousand dollars. 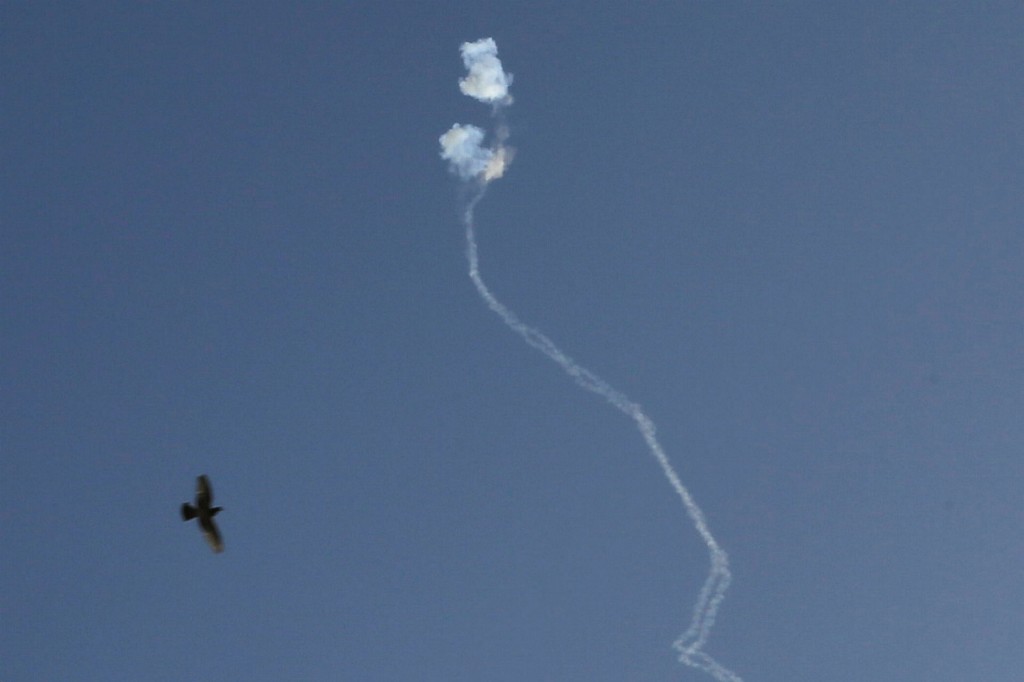 6. It took less than four years to develop the Iron Dome system from an idea to the drawing board to combat readiness. In 2007, a year after the Second Lebanon War, then Defense Minister Amir Peretz chose the Iron Dome to be developed as Israel’s defensive answer. In March 2011, the Iron Dome was declared operational. In April that year, the advanced missile interception system successfully shot down its first Grad rockets fired by Hamas from the Gaza Strip at Israel.

7. When the Iron Dome system was chosen to be developed into Israel’s defensive solution against short-range rockets, many critics predicted it would never work. One of the project leaders said: “We knew that eventually our critics would get our response, which came in April when the first operational deployment destroyed eight out of eight rockets aimed at Ashkelon and Beersheba.” Indeed, the strange-looking battery contraption was hailed as the hero of Operation Pillar of Defense. Today, operators of the system report a best-in-the-world 90 percent success rate.

10. Aesthetics were important to the designers and developers of the system. One developer told Hayadan: “I wanted the battery system to look super-modern and threatening, because it was obvious that within an hour of its use it would be featured on the likes of CNN and Al-Jazeera.” 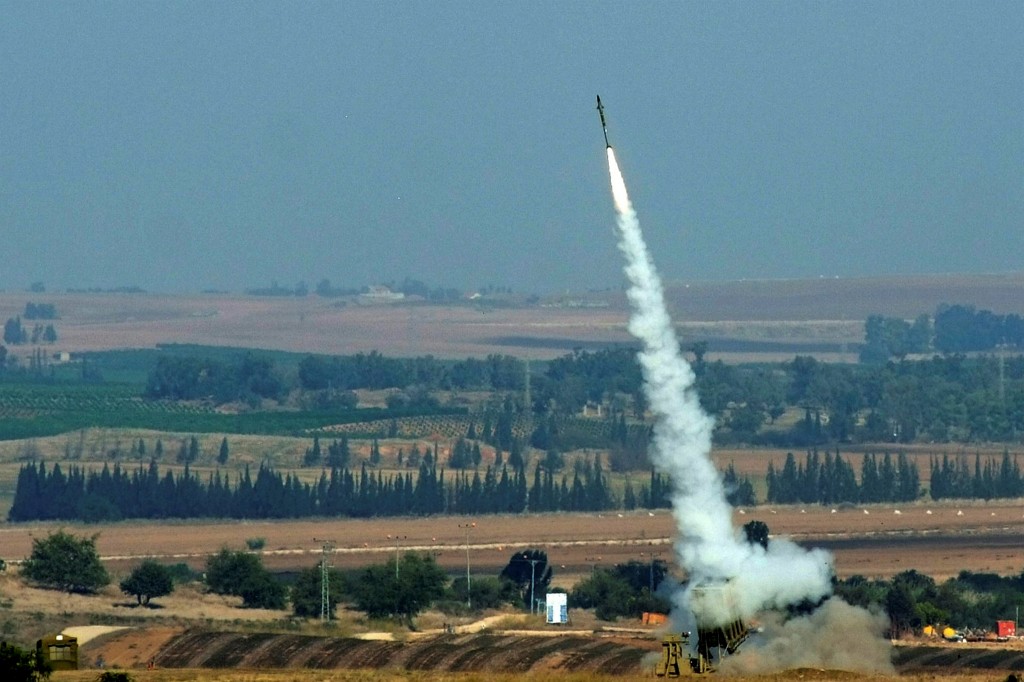 A missile from the Iron Dome is fired in response to rocket attack from Gaza. Photo by Flash90.

11. During Iron Dome’s deployment, the IDF realized that it is also effective against aircraft up to an altitude of 32,800 feet (10,000 meters), according to a report by the Hebrew-language Flightglobal magazine.

12. Iron Dome is jointly funded by Israel and the US. Israel provided initial funding and development, which allowed for the deployment of the first two Iron Dome systems. In 2010, the US government contributed $205 million toward its development. In 2011, Haaretz published a report stating that Israel would invest $1 billion in Iron Dome batteries. In 2012, the American government approved another $70 million package for further R&D. In 2014, the US Senate Appropriations defense subcommittee agreed to provide $351 million for Israel to secure the Iron Dome system.

13. Iron Dome is the first of a planned three-part defense system – Iron Dome, Magic Wand, Arrow — that could be operational by the end of the year, according to Rafael. Magic Wand is designed to intercept projectiles with ranges between 70 kilometers (45 miles) and 300 kilometers (180 miles), like the large arsenal of Hezbollah rockets in Lebanon. The Arrow system is for longer-range threats from Iran. The three components will complete what Israel calls its “multilayer missile defense.”

14. The developers of Iron Dome — from Rafael and the Ministry of Defense Administration for the Development of Weapons and Technological Infrastructure – won the prestigious 2012 Israel Defense Prize for their technological breakthroughs in developing the groundbreaking system.