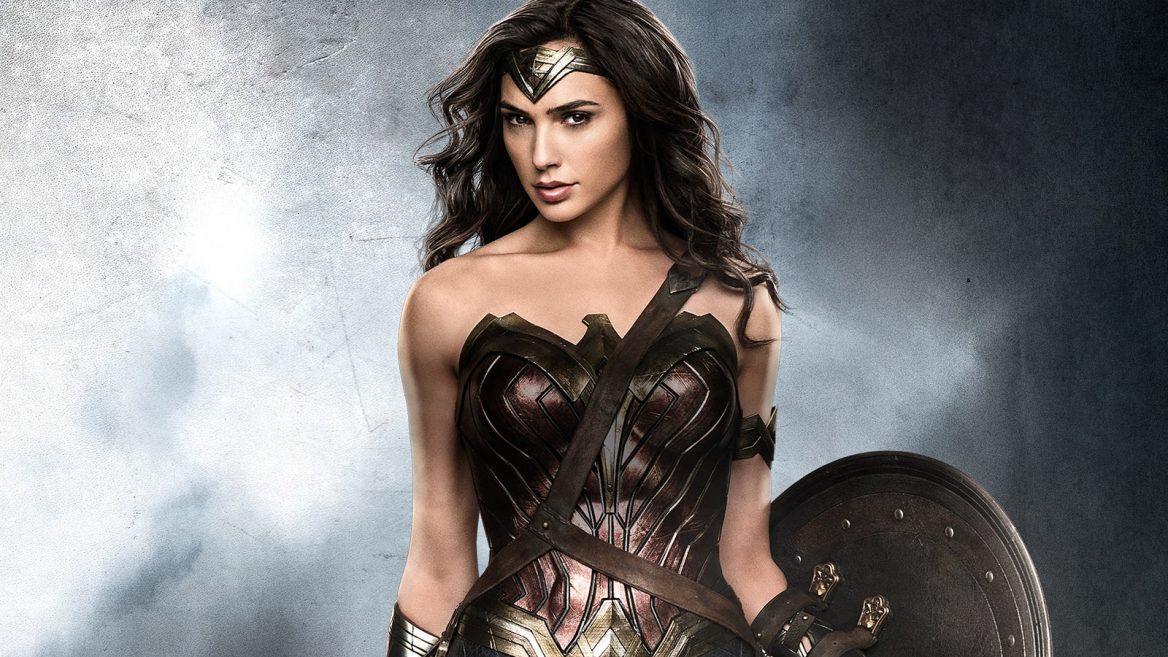 2. Gal Gadot was born in Rosh Ha’ayin, and her maternal grandparents were Holocaust survivors.

3. At the age of 18, Gadot won the Miss Israel beauty pageant. She then went on to compete in Miss Universe in 2004, but was so reluctant to win that she turned up late for events, wore the wrong kind of evening wear, and even pretended that she couldn’t speak English.

4. Gadot carried out two years of service as a combat instructor in the Israel Defense Forces. It was her military background and knowledge of weapons that helped her get her breakout role as Gisele in “Fast & Furious.” In 2009, Justin Lin, the director of “Fast & Furious,” thought her fighting spirit was so obvious that he added to her character’s back story by making her a Mossad agent.

5. After the army, Gadot went on to study law and international relations. A casting director called her to audition for the part of Bond girl Camille Montes in “Quantum of Solace,” but initially Gadot wasn’t interested because she thought she was too serious to act in movies. She didn’t get the role, but the same casting director hired her for “Fast & Furious.”

6. Gadot, who rides a black 2006 Ducati Monster-S2R motorbike, performed her own stunts in the “Fast & Furious” films. 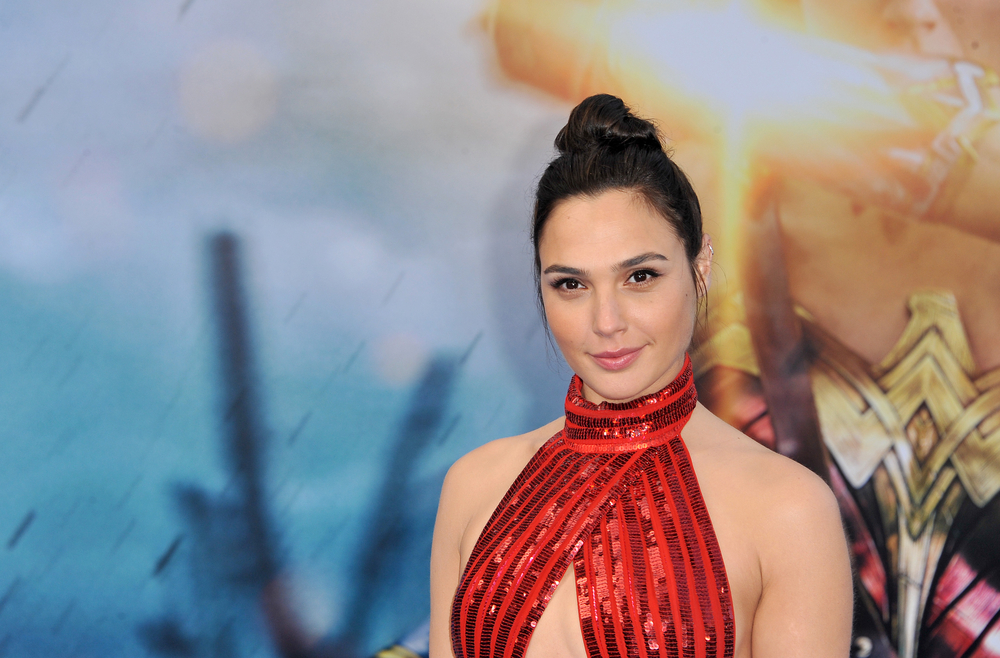 Gal Gadot at the Los Angeles premiere of Wonder Woman. Photo via Shutterstock.com

7. When Gadot auditioned for the role of Wonder Woman, she had no idea what the job was, and only found out two weeks later, when she was told she had the role.

8. Before the auditions, Gadot was one of a few actresses waiting for a camera test. She was told to wait in her trailer until she was called. The waiting was making her anxious, so she listened to Beyoncé’s song, “Who run the world? Girls!” “I just started to dance, and I let my anxiety go. Thank you, Beyoncé!” she said in an interview in W Magazine earlier this year.

9. To train for the role of Wonder Woman, Gadot received lessons in swordsmanship, Kung Fu, kickboxing, capoeira and Brazilian jiu-jitsu.

10. Gadot’s first outing as Wonder Woman came in the movie “Batman v Superman: Dawn of Justice,” in 2016. The film was widely panned by the critics, but almost all agreed that Gadot was the best part of the film.

11. Gadot’s film “Wonder Woman” is the first superhero movie in over a decade to feature a female in the title role.

12. During reshoots of the film, Gadot was five months pregnant, and the director had to green-screen out her baby bump.

13. Ahead of the Israeli premiere of the film on June 1, the Azrieli Center in Tel Aviv was lit up to honor Gadot. The towers were illuminated with the message: “We are proud of you, Gal Gadot, our Wonder Woman.” 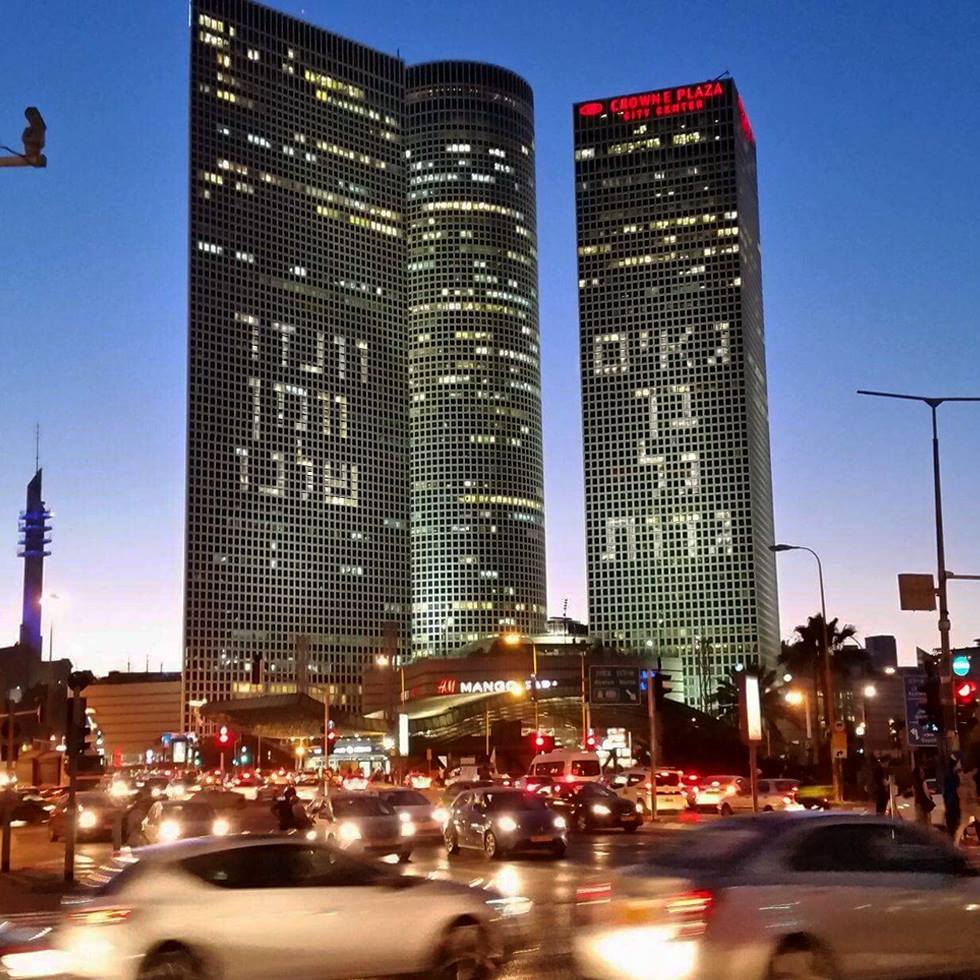 “We are proud of you, Gal Gadot, our Wonder Woman.” A message lights up Tel Aviv’s Azrieli Center. Photo courtesy

14. Israeli advertising tech startup Taykey, which tracks Internet chatter, says that mentions of Gadot online are 95 percent positive, making her “unrivaled as the most loved Israeli in the world.” On the IMDB’s ranking of most popular industry people born in Israel, she also currently outranks the Oscar winner Natalie Portman, who was born in Jerusalem.

UNCOVER ISRAEL - Get the ISRAEL21c
Weekly Edition free by email
Sign Up Now!
Bring Israel's story to life.
Millions of people around the world rely on us to gain a deeper understanding of Israel. We are the trusted source for original content you won't find anywhere else.
You can make a difference. Donate today to support journalism that brings Israel’s story alive.
SUPPORT ISRAEL21c
Read more on:   People, Culture, Gal Gadot, Wonder Woman