It never rains in Israel during the summer months, but the sun is strong enough to cook shakshuka on the pavement. So let’s call these decorative umbrellas “parasols.”

First and foremost, however, they’re meant as an attention-catching way to welcome visitors to one of the capital city’s most artsy lanes, filled with art galleries, jewelry and craft shops, boutiques and cafés. People love to walk through the pedestrian-only street and browse the shops till the wee hours, especially on Thursday and Saturday nights.

The Umbrellas Street Project, produced by Eden-The Jerusalem Center Development Corporation for the municipality, comes along with free shows by local street artists and musicians running through October 5. 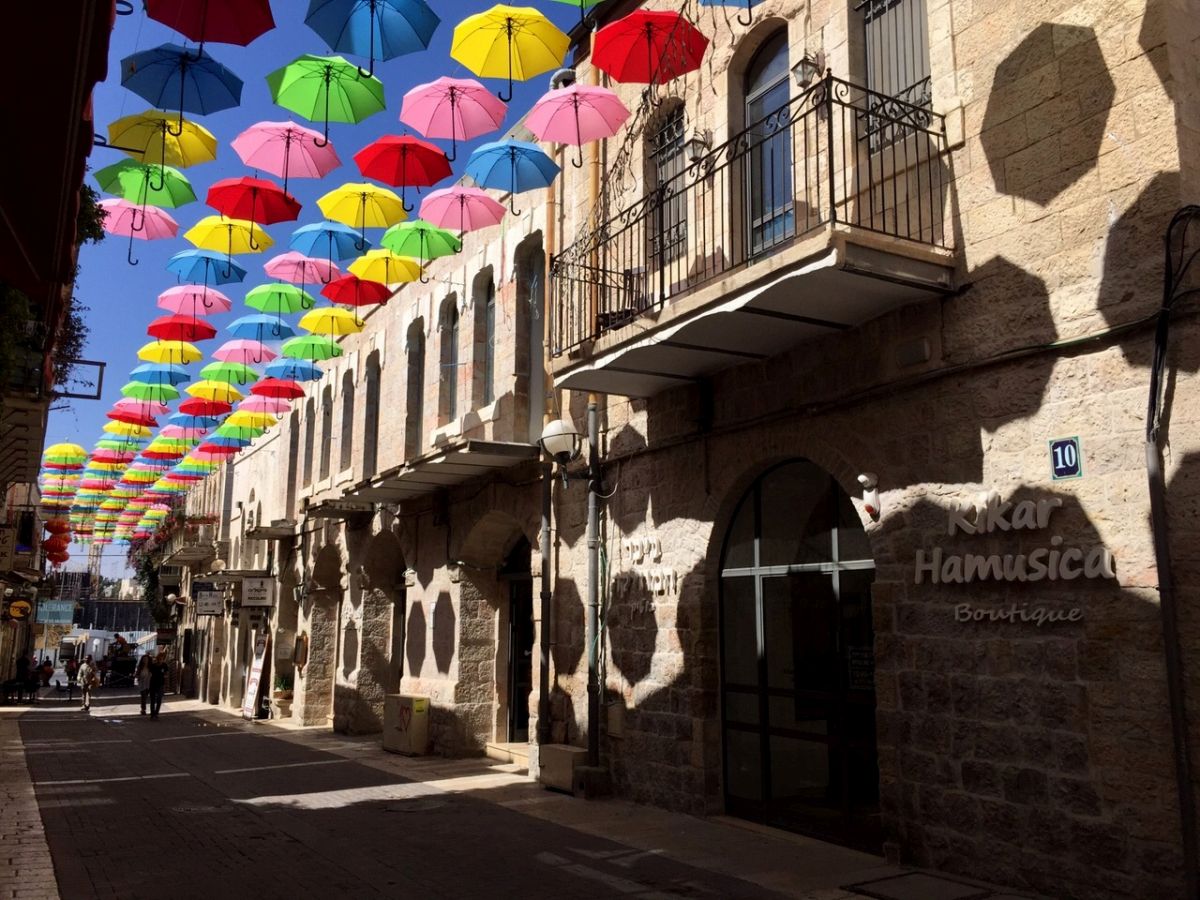 What is usually known as the Umbrella Sky Project began several years ago in Agueda, Portugal, and has since spread to streets in Turkey, Serbia, Germany, Cambodia and other countries during the month of July. It was first implemented in Israel in 2013, when 600 colorful umbrellas were suspended over Tel Aviv’s Rothschild Boulevard to celebrate the arrival of free Wi-Fi across the city.

Nachalat Shiva was founded in 1869 by seven (shiva, in Hebrew) Jewish residents of Jerusalem’s Old City and is one of the first neighborhoods to be built outside the Old City walls. In addition to galleries and shops, it houses historic synagogues and the iconic Tmol Shilshom bookstore café.