The Bible calls Yom Kippur the “Sabbath of Sabbaths,” the holiest day of the Jewish calendar and the pinnacle of the High Holy Days starting with Rosh Hashana.

For believers, it’s a day of atonement devoted to fasting, introspection and prayer intended to inspire forgiveness of the past year’s mistakes and positive changes for the year ahead.

Just like on any Sabbath or biblically mandated Jewish holiday, religious Jews refrain from using electronic devices and do not drive on Yom Kippur.

What makes the national holiday unique in Israel, however, is that regardless of beliefs, virtually nobody drives a motor vehicle, unless responding to an emergency.

It’s not illegal to drive on Yom Kippur, it’s just how Israelis agree to acknowledge the holiday.

And without cars, buses, trucks, planes or trains, air pollution levels in Israel drop to near zero on Yom Kippur. This is enhanced by the fact that stores, businesses, schools, tourist sites, public buildings and restaurants are closed.

People use their feet to go places — either to walk to synagogues or to ride bicycles, skateboards and scooters in the country’s empty streets and highways.

Find out more about this most unusual holiday below.

On Yom Kippur, instead of the usual shalom (peace) or boker tov (good morning), people wish one another g’mar chatima tova, to be sealed in the Book of Life for a year of goodness.

An estimated 60.5 percent of Israeli Jews fast on Yom Kippur (above the age of 12 for girls and 13 for boys). Another 5% drink liquids but don’t eat food.

Fasting on Yom Kippur is not a sign of mourning as it is on Judaism’s other (less widely observed) 25-hour fast on the 9th of Av commemorating the ancient destruction of Jerusalem and exile of the Jewish people.

Rather, fasting on the Day of Atonement “makes us more like angels who are higher beings without physical needs,” explains Rabbi Zev Shandalov, author of The 3 Images: True Stories and Lessons for Introspection, a new book geared to the High Holidays. 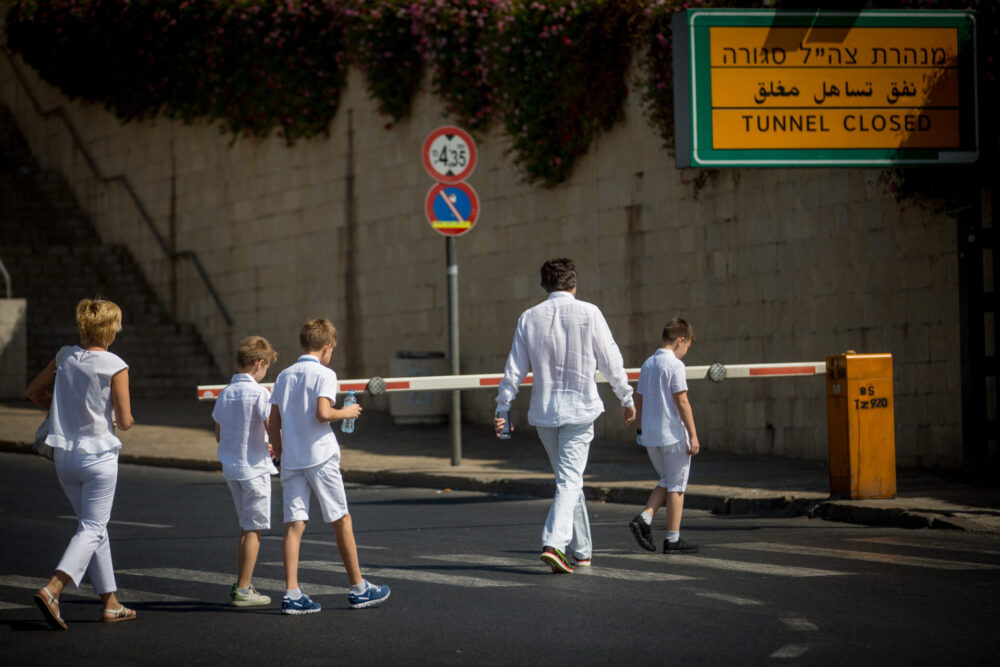 It is traditional on Yom Kippur to dress in white, and to cover the Torah scrolls and Torah ark in white to represent purity. Many men wear a white robe under their prayer shawl.

According to World Data info from 2020, Israelis own 12.27 million mobile phones, or an average of 1.3 per person (more than the 1.1 phones per person in the United States).

Nevertheless, most Israeli switch them off during Yom Kippur – religious Jews because it’s prohibited, and secular Jews because a phone ban enhances the day’s unique aura of peace and quiet.

The holiday is always on the 10th of the Jewish month of Tishrei but the modern Jewish calendar is arranged so that this date never falls on a Sunday or Friday.

However, because the Jewish calendar is lunar and the secular calendar is solar, the 10th of Tishrei can correspond to a secular date anywhere between September 14 and October 14.

This year, Yom Kippur starts at sunset October 4 and at nightfall on October 5. 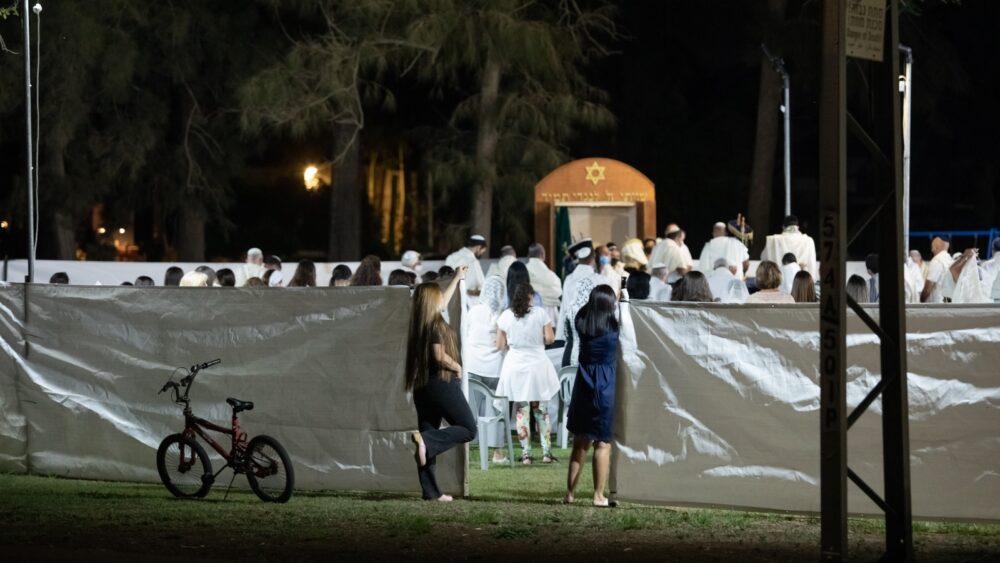 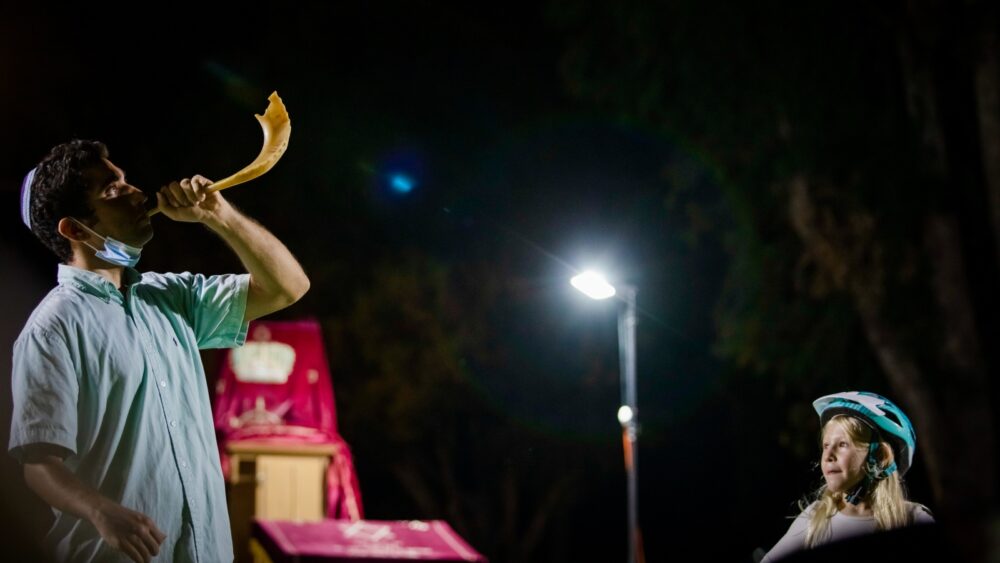 While blowing a ram’s horn (shofar) is mandated on Rosh Hashana, on Yom Kippur it is customary for a designated shofar-blower to sound the horn in the synagogue to announce the end of the long day of fasting, prayer and introspection.

According to a 2019 survey, 12% of Jewish Israelis go to synagogue only to hear the shofar. Nearly a quarter planned to attend the entire synagogue service and another 19% planned on attending some of it. 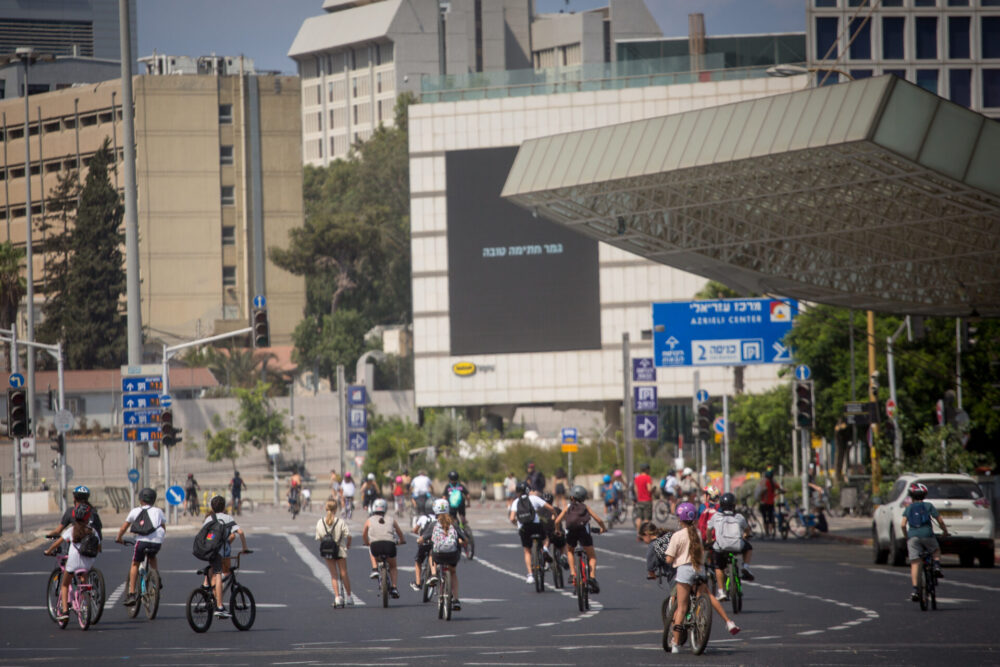 Informal surveys show that bicycle sales in Israel go up anywhere from 20 percent to 100% in the days before Yom Kippur, with children’s bikes the hottest commodity. Bike shops often run “Tishrei holidays” promotions.

In Tel Aviv, Yom Kippur is the one day of the whole year that the public Tel-O-Fun bike-rental service does not operate. You can rent a cycle just before the holiday begins but you’ll have to keep the bike for 25 hours. 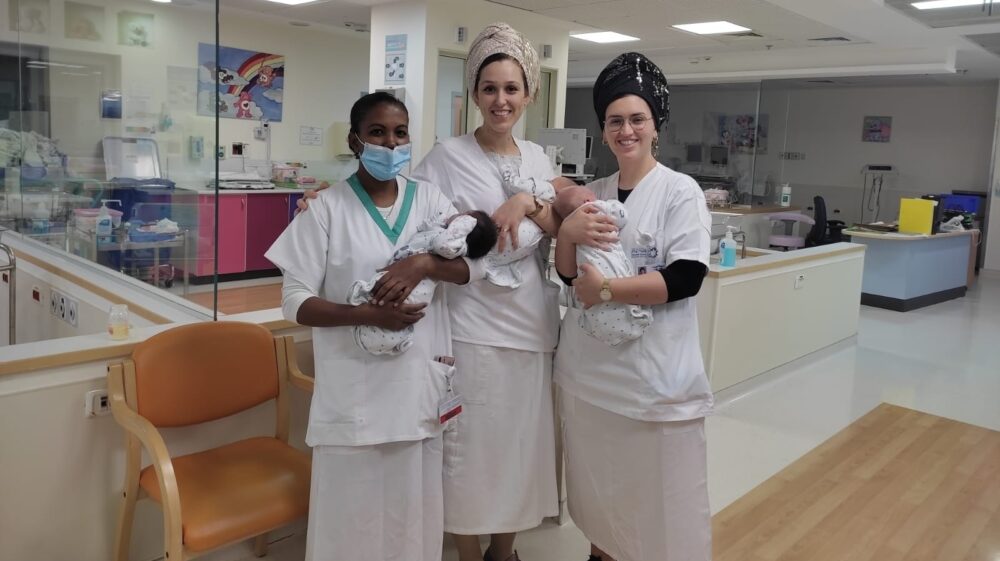 A study published by physicians at Jerusalem’s Shaare Zedek Medical Center in 1983 confirmed scientifically what everybody already knew: the Yom Kippur fast can trigger labor in the advanced stages of pregnancy.

In 2021, Shaare Zedek – which has the busiest maternity wards in Israel — recorded 64 births on Yom Kippur and 89 births the next day, compared to a daily average of 50 to 60 at its two campuses.

Although many American Jews break the fast with bagels and lox, there’s no required menu for either meal.

The Israeli Ministry of Health’s guidelines to “smart and healthy nutrition before and after for a milder Yom Kippur fast” recommend avoiding salty foods and caffeinated drinks beforehand, and breaking the fast gradually (as Muslims do after Ramadan) with a cup of water and a date or other fruit, then waiting half an hour before eating a light meal.