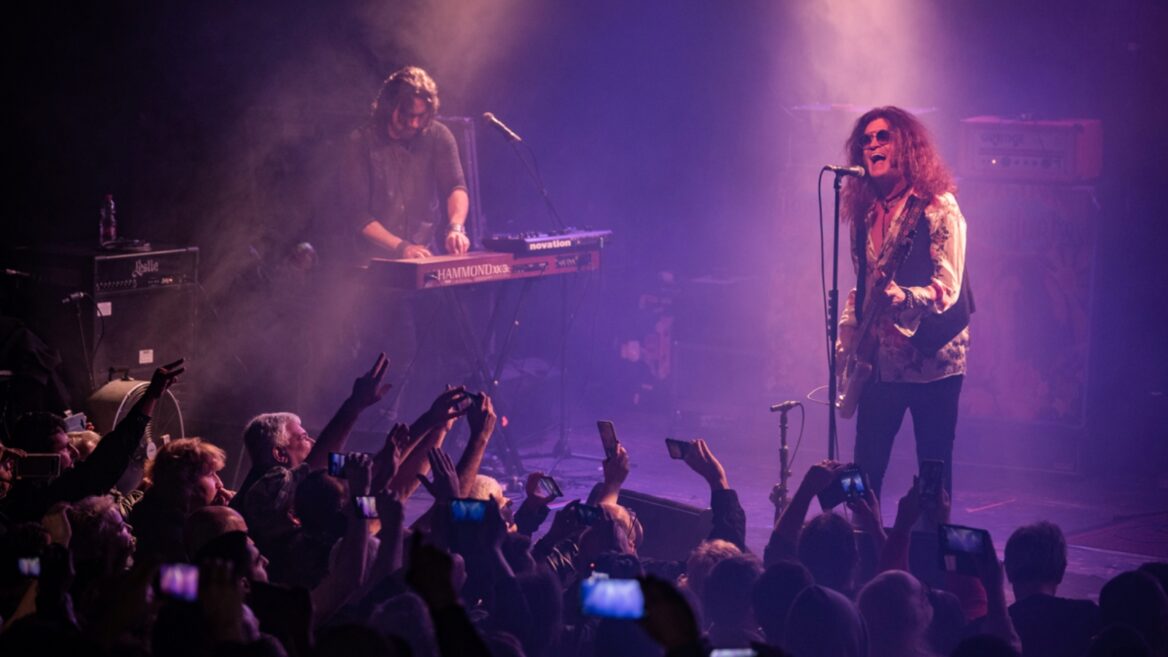 Israeli audiences will soon have the chance to once again enjoy performances by the likes of Deep Purple this summer. Photo by Yahav Gamliel/Flash90

If the past few years have taught us anything, it’s not to make long-haul plans, with weddings, parties, concerts and Olympics all being repeatedly postponed due to Covid ever since the beginning of 2020.

But another thing these last few years have taught us it to get our fun where we can have it, and what better possible way to do so than to enjoy a world-class concert?

Covid-19 and international wars permitting, Israelis and visitors will be able to rock to some of the best musicians in the world this year, moshing around like it’s the summer of 2019. Whatever your taste, you’re guaranteed to find a live show to fulfil your ears’ desire. Enjoy!

Colombian superstar Juan Luis Londoño Arias, otherwise known as Maluma, is set to grace the Israeli stage in two shows in Tel Aviv just around the corner, on April 10 and April 11. There are still some tickets available, meaning you still have a chance to bop along to “Corazón,” “Hawái” and “Mama Tetema,” among other hits.

Veteran British folk rock band Jethro Tull is scheduled to give two performances in Israel this spring, one in Haifa and the other in Tel Aviv, giving you no excuses not to go. With a career spanning over 50 years and countless hits, they certainly have what to offer our local audience. Get your flutes ready, guys.

If you want to move like Jagger with superstars Maroon 5 at Tel Aviv’s Yarkon Park this May, you better get your actual move on – tickets are selling out by the minute. Join all other lucky ticket holders to see Adam Levine and his bandmates perform hits such as “Harder to Breathe,” “This Love” and our personal favorite and the only song we know how to play on the guitar – “She Will Be Loved.”

British rock bank Deep Purple apparently loves performing in Israel – it first did so 30 years ago and has popped over to visit fans every few years since. The next opportunity to enjoy a proper good rock show will take place in late May, when DP will once again appear at Tel Aviv.

For a chance to get carried away and belt out “All Out of Love” outside the privacy of your own shower, look no further than Air Supply’s upcoming shows in Haifa and Rishon LeZion at the very end of May. Their last show in Israel a few years ago was sold out, and we’re guessing that this one will be too – after the couple of years we’ve been having, Air Supply’s feelgood vibes are a must.

German rock band Scorpions is set to arrive in Israel once again this summer, playing one show in Tel Aviv on July 9. They’ll be performing in Israel as part of a world tour celebrating their 19th (!) studio album, “Rock Believer,” following multiple shows in Las Vegas, France, Germany and Spain. “Winds of Change,” here we come.

American alternative rock bank Pixies is embarking on a world tour and making a special appearance in Tel Aviv on July 11. The band, which recently released some new music, is scheduled to perform alongside surprise guests in what will definitely be a magical night.

Australian superstar rock bank Nick Cave and the Bad Seeds was meant to perform in Israel back in the summer of 2020, but a small disruption in the form of a global pandemic hit pause on that musical dream. Luckily, fans will be able to make up for lost time this summer when the band will take the stage in Rishon LeZion in central Israel. Covid and wars, please don’t get in the way of this one.

American rock band Counting Crows recently released its latest album, “Butter Miracle,” and is now busy touring Europe before giving the grand finale at Israel’s Raanana Park Amphitheatre on April 20. Join the veteran band at the gorgeous open-air venue and rock along to its latest hits as well as old favorites such as “Accidentally in Love,” “Big Yellow Taxi” and “Mr. Jones.”

You read that right. Pop icon and general heartthrob Justin Bieber will grace us with his presence in Tel Aviv on October 13 as part of his mega-world tour spanning 20 countries and 90 shows. Closing the summer season, the much-anticipated show is expected to be absolutely packed with tweens, their mothers and everyone in between.

UNCOVER ISRAEL - Get the ISRAEL21c
Weekly Edition free by email
Sign Up Now!
Bring Israel's story to life.
Millions of people around the world rely on us to gain a deeper understanding of Israel. We are the trusted source for original content you won't find anywhere else.
You can make a difference. Donate today to support journalism that brings Israel’s story alive.
SUPPORT ISRAEL21c
Read more on:   Spotlight on Israel, Culture, music concerts