During a summer of record heatwaves, a retired Israeli rear admiral is telling me about a new green technology to keep people warm in winter.

In fact, the two topics are closely related.

Rising summer temperatures are caused, in part, by climate change due to the atmosphere trapping emissions from fossil fuels we burn for purposes including heat.

Everyone already knows we need to switch from coal, oil and natural gas to sustainable zero-emission sources.

And that’s why Gil Aginsky, former commander of the IDF submarine fleet, is talking about a gas that is abundant and releases zero emissions: hydrogen.

Aginsky is focusing on the second of those challenges.

He heads the brand-new hydrogen division of Israeli company TurboGen, whose core innovation is an efficient lightweight microturbine that uses natural gas to cogenerate combined heat and power (CHP) as an alternative to traditional boilers and air conditioners.

Aginsky’s division is tasked with shifting the microturbine to a 100 percent hydrogen operation. 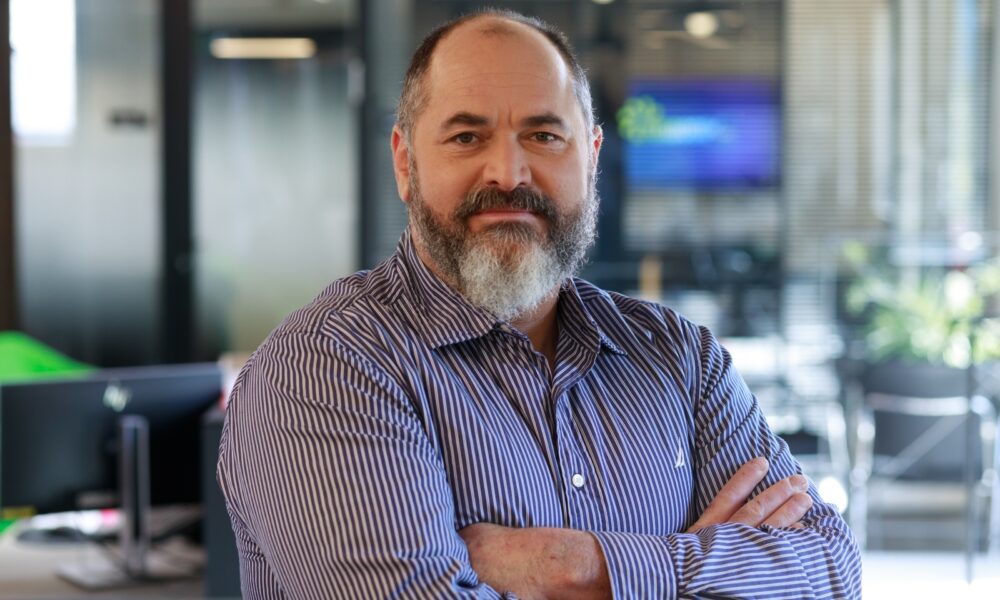 “Using hydrogen is more complex than using natural gas or other fuels, and today there is no commercial microturbine that operates on 100% hydrogen,” says Aginsky. Existing products have about a 30% hydrogen capability, he says.

Turbogen’s first model, using 50% hydrogen and 50% natural gas, is expected to be installed in a New York residential building this November through TurboGen’s partner in New York, EN-Power. About 20 more requests have come in.

“If you use 50% hydrogen it reduces emissions 30% because hydrogen is a different density than natural gas,” Aginsky explains. 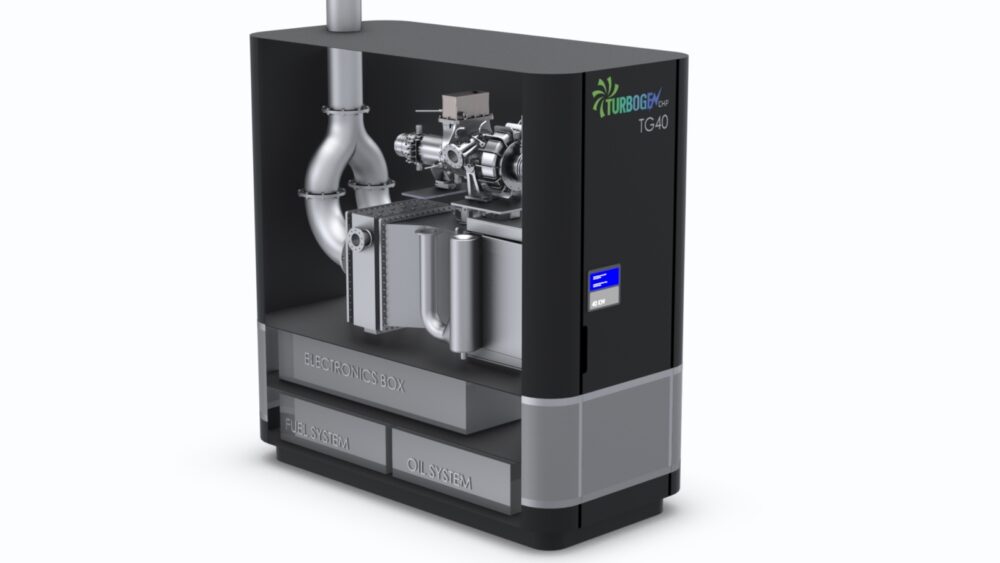 TurboGen’s TG-40 microgenerator can run on a blend of hydrogen and natural gas. Photo courtesy of TurboGen

To reach the target of a 100% hydrogen microturbine, TurboGen is working with the Southwest Research Institute in San Antonio, Texas, to understand what to tweak in the fluid dynamics of the present microturbine.

And it’s working with aerodynamics researchers at the Technion-Israel Institute of Technology to build a lab where the 100% hydrogen combustor will be tested.

Heating is an unmet need in the hydrogen space.

“One of the biggest problems in hydrogen is that you can use it in a fuel cell or you can burn it. The electrical efficiency of fuel cells is higher — but you don’t get enough heat. And in places like Europe and the US, you need heat,” says Aginsky.

“The answer is a mixture of a few technologies that will produce electricity and also heat. To have good efficiency and gain maximum capabilities you’ll need a CHP system. That’s something we can deliver,” he says.

“And because our microturbines are designed differently than others, our efficiency is higher.”

Which is not to say TurboGen is without competition.

“Several companies are working on 100% hydrogen turbine engines because it’s a huge market opportunity as the world is shifting to hydrogen,” says Aginsky.

He points out that hydrogen isn’t cheap but will become more affordable as countries such as the United States plan to offer price subsidies in the hope of mitigating climate change.

But designing an all-hydrogen-burning turbine isn’t easy to achieve.

Hydrogen, Aginsky explains, behaves differently than other gases. It burns faster and can harm the combustor and leave polluting nitrogen oxide residue if not handled correctly.

“So a hydrogen turbine needs a whole new design. Our turbines have higher efficiency because they operate at a higher temperature than other turbines,” he says.

In addition, “the structure of our turbine is different, so the maintenance is much easier, it’s easy to assemble and disassemble, and it’s lighter than other turbines — a ton and a half compared to six tons — which is a huge advantage when placing them on the roofs of buildings.”

TurboGen aims to have its 100% hydrogen-powered microturbine ready in a year and a half, ideally also producing the green hydrogen locally.