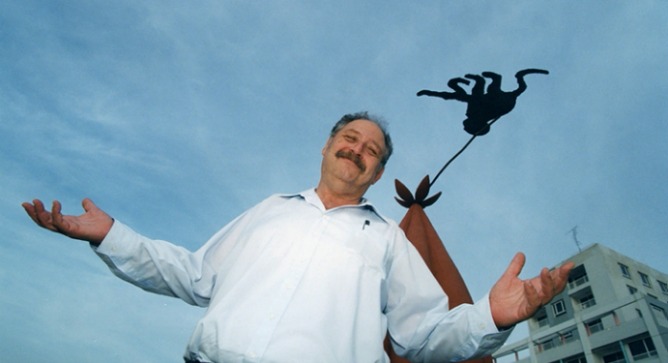 “Entrepreneurship is a state of mind,” says Yossi Vardi, a key maverick in Israel’s high-tech industry. “It’s something cultural; something spiritual.”

According to Vardi — who has been investing in everything from software to water technology for the past four decades — it is Jewish culture and spirit that explain why Israel is such a hotbed of innovation.

“I always say that the secret of Israeli high-tech is the Jewish mother,” he quips. “She tells her son, ‘After all I’ve done for you, is it too much to ask that you bring home a Nobel Prize?’”

On a more serious note, Vardi sat with ISRAEL21c to discuss his history in the business of startups and how a younger generation of Israelis has followed suit.

The 71-year-old began his entrepreneurial career in the 1960s, soon after graduating from the Technion-Israel Institute of Technology with a degree in industrial management engineering. In those days, the idea of computers as household items would have seemed like science fiction. In fact, most Israeli families did not even own a television set at the time.

Still, at the age of 26, Vardi took a risk that would pay off, big-time.

“Two friends of mine, who understood computers, and I – who did not – noticed that there was a growing need for programming,” he recounts. “At the time, there were about five software companies in Israel. And we thought, ‘Well, maybe there’s room for one more.’” He laughs recalling how he had felt “that we were hopping on the last train out of the station.”

Less than a decade later, TEKEM Advanced Technology, with Vardi as its cofounder and CEO, was the largest Israeli software company among hundreds. And Vardi’s expertise caught the eye of the government. In 1970, at the age of 27, he was appointed director-general of the Development Ministry.

Subsequently, he served as director of the Investment Authority in North America and as consul for Israeli economic affairs in New York, where he helped established the Israel-US Binational Industrial Research and Development Foundation (BIRD), and advised the Israeli mission to the United States. Upon his return to Israel, he became the director-general of the new Ministry of Energy.

The astounding success of ICQ

But it is his career as an early-stage angel, beginning in 1996, that turned Vardi into a household name among Israeli youth – in particular for his role in ICQ, the first instant messaging application for the Internet. ICQ was created by Mirabilis, cofounded by Vardi’s son, Arik.

The astounding story of Mirabilis sparked a startup boom that – other than a few dips – has continued to this day. Indeed, the “Mirabilis Effect,” as coined by Forbes magazine in 1999, describes the phenomenon of “young Israeli entrepreneurs yearn[ing] to copy the company’s success.”

This success took the form of a $400 million sale to AOL a mere 19 months after releasing ICQ — the brainchild, as Vardi describes them, “of four kids with long hair wearing T-shirts and jeans.”

These boys, says Vardi, “became cultural heroes in the Israeli saga. They redefined the meaning of achievement, and inspired a whole generation of Internet entrepreneurs.”

Vardi tells of how Shimon Schocken, then dean of the Interdisciplinary Center (IDC) in Herzliya, said he noticed a shift among applicants – from those who wanted to study law to those who sought to become computer developers.

“This phenomenon existed before Mirabilis,” says Vardi. “But after that, it became overwhelming. And we now see it occurring at a higher frequency, such as with the recent purchase of [Israeli GPS app] Waze by Google.”

Vardi also points to the “model that started [with Mirabilis] of a big American company buying a very young startup, and leaving the startup to continue here to do the development – taking the core technology and building around it. Today, there are about 300 R&D centers for large American, and more recently, European companies, as well.”

He explains how each new exit generates others and creates a whole ecosystem.

“What, for example, will the Waze entrepreneurs do with their money? They’re not going to use it as wallpaper. They – like me and my partners – will reinvest it in other ventures. After the injection of resources I got from the sale of ICQ, I invested in some 80 different Internet situations.”

Vardi also makes himself available as a sort of godfather to budding entrepreneurs, especially through GarageGeeks, a Holon-based non-profit space for young innovators that has captured international attention.

No exits without failures

Vardi, an active member of the international community in economics and politics, says that while Israel should “continue to tout our talents, we should be proud of and celebrating the vast amount of other things at which we excel, such as our immense camaraderie and second-to-none volunteerism.”

As for the prospect of regional cooperation in energy and other technologies in which he is heavily invested, Vardi is cautiously optimistic.

“I was involved in four peace negotiations — with the Egyptians, the Jordanians, the Syrians and the Palestinians. So far, we have scored two peace agreements [with Egypt and Jordan]. And whatever you want to say about them, these treaties not only put an end to the fighting, but personal relations between our countries began to be forged. I am sure that when peace is reached with the Palestinians, this will happen with them, too.”

His faith in the possibilities doesn’t wane. “If you look at the state of Israel from its foundation, you can see that we are obsessed with pushing the envelope as far as we can reach,” he says.

“Pushing the envelope” is Vardi’s expertise.

“In my career, I have had 22 exits and 27 failures,” he announces. “And I can tell you that I wouldn’t have had the exits without the failures.”

There is luck involved, he admits. “It was more a case of its happening to me than of my planning it,” he says. “Hollywood made a movie about my career: Forrest Gump. I’m the ‘Forrest Gump’ of the Internet. Good things keep happening to me and I don’t know how. I feel very fortunate.”