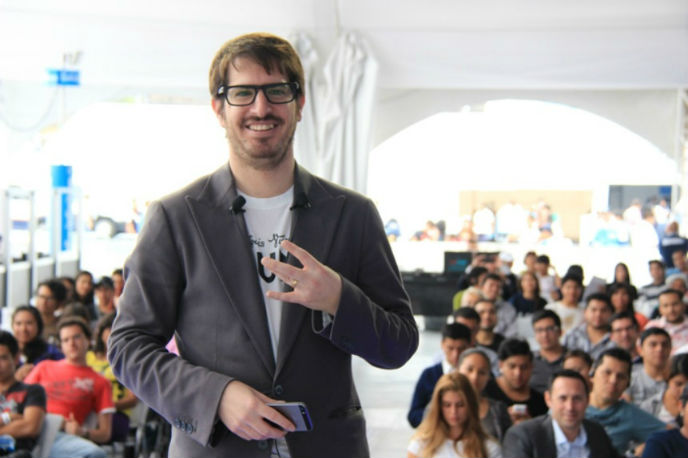 Meet Moshe Hogeg, the Israeli venture capitalist and entrepreneur tagged by Forbes magazine as one of the 10 “Start-up Nation movers and shakers you need to know.”

The 33-year-old founder and chairman of Singulariteam  (a private investment fund and incubator formerly called Genesis Angels) — with an extensive network of companies he has created, technologies he has invested in, or both — is making an international name for himself.

His illustrious list of backers and partners includes Hollywood A-listers such as Leonardo DiCaprio and Serena Williams, and influential financiers including Mexican magnate Carlos Slim and Kazakh businessman Kenges Rakishev. With their help, Hogeg has made strategic investments in key up-and-coming technologies.

Among the tech companies in which Singulariteam, with a staff of 12, is backing are 30-second phone charger Storedot, Effective Space, Beyond Verbal and Infinity Augmented Reality. 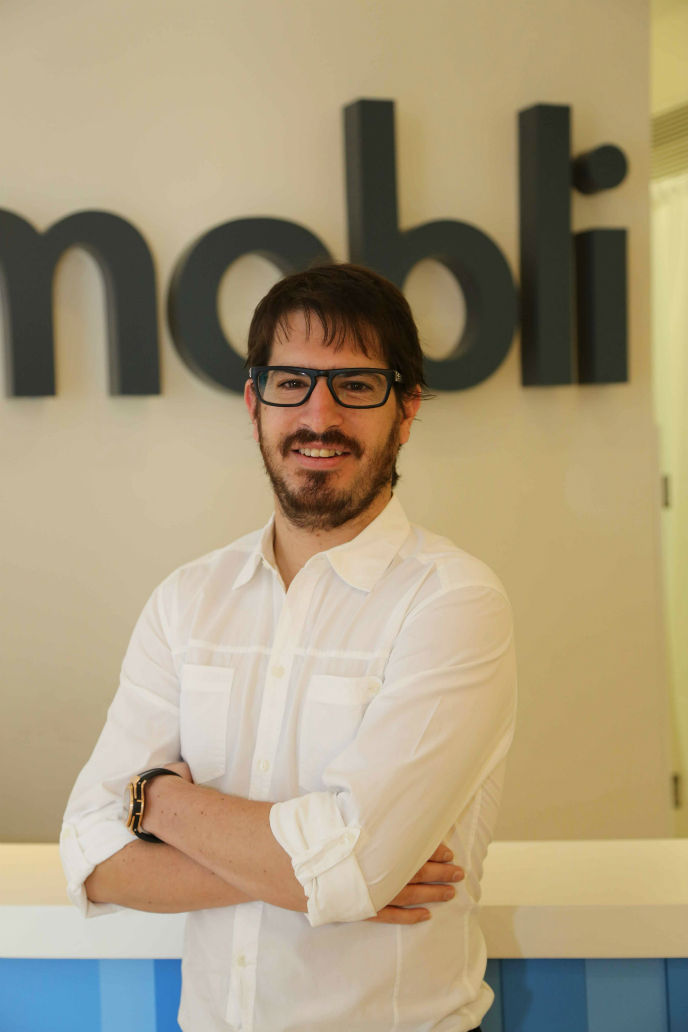 Hogeg is an entrepreneur and investor.

Best known for founding Mobli, a real-time photo- and video-sharing platform predating Instagram (though the latter beat it to the punch on the market), Hogeg also made waves with the vastly popular app Yo.

Released this year, Yo has more than three million users, the first million of whom took a record four days to generate. Yo is an abbreviated method of communication, a “poke” that is understood between friends according to context.

His latest launch – in 20 languages — is Mirage, which puts a twist on Mobli: text, photos, voice messages and videos shared among users disappear after a few seconds.

The philosophy behind this platform was to enable real-life communication that is not stored in the cloud or on any device.

“The Internet was built by engineers,” Hogeg tells ISRAEL21c at the Mobli offices in Tel Aviv, where most of the company’s 70 employees are located. “It is structured so that everything is archived and documented and has a recorded history.”

Hogeg acknowledges that this is often as necessary as it is beneficial. But, he says, “There is also room for unrecorded communication — like when you see a beautiful girl on the street, and when she turns the corner, she’s gone; other than in your mind.”

Though Hogeg is a “techie by nature” who spent seven years in the Israel Defense Forces, rising to the rank of captain and serving as a company commander, his career was actually born out of his passion for soccer.

During a World Cup game in 2006, the coach of the Barcelona team did not put Lionel Messi in one of the matches, and that made Hogeg livid.

“Millions of people wanted to watch Messi play that day,” he recounts. “And one guy decides that we don’t get to do so. It made no sense. Sports are entertainment, after all, and the fans are the engine that propels it and makes it prosper.”

Hogeg decided to try and rectify the situation by creating a live version of a fantasy league.

“I took a third-division league in Tel Aviv – Kiryat Shalom – and I ‘replaced’ the coach with fans,” he says. “I broadcast live on a website I built, inviting spectators to decide which players would be in the starting line-up, for example.” 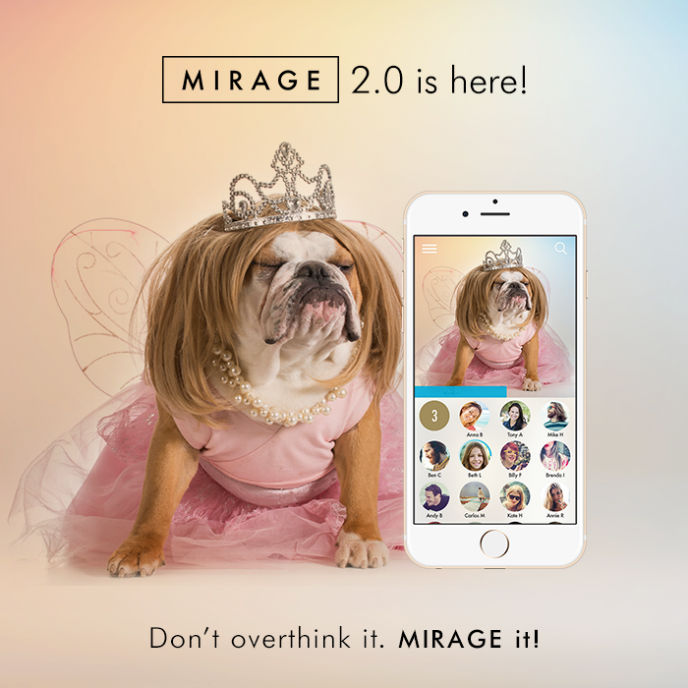 The idea was to “crowdsource” the league, to shape it as the fans saw fit. And from this emerged Hogeg’s first company, Web2Sport, which he created in 2007 upon finishing his military service.

“Imagine the thrill of bringing in a player and he scores a goal,” he says. “That’s why the site was so popular. But it was only in Hebrew, which limited its scope. That was a big mistake. An even bigger mistake was not charging for it. I made about 1,000 mistakes every single day in that period, but I learned from them.”

Indeed, Hogeg lived off his own savings, skimping on rent by moving from “one tiny dump to another,” and paying himself a meager salary – until 2008, when the global economic crisis caused the company to close.

This pushed him to become a self-employed consultant and on-line marketer earning what he considered an exorbitant salary – NIS 20,000 (about $5,000) per month. But this was a function of his being overloaded with clients and having no assistant.

“I was spreading myself thin,” he says. “Instead of being able to excel at one thing, I was chasing my own tail and being mediocre at everything.”

The risk pays off

At the advice of a concerned friend, Hogeg decided to quit working for others, and spent a year investing his energy in a single project of his own.

The risk paid off. He and a small team of techies – who agreed to take shares in place of salaries – created Mobli, using a local Tel Aviv café as their office.

“When the wait staff got visibly impatient with us, we would order a croissant to keep them from kicking us out,” he laughs. “It was all we could afford.”

Once the platform was presentable, Hogeg was able to garner investments.

The budding endeavor brought Hogeg – now married, with a two-year-old son — to New York for three years to engage in further fundraising, business development and marketing. Last year, he returned to Israel, where he plans to remain while aiming at markets in China, Latin America and Russia.

Hogeg says that one of the most important people on his team is a behavioral psychologist, whom he “plucked” from the Weizmann Institute of Science. His job is to vet the right potential partners for Hogeg to approach.

“In the end,” says Hogeg, whose Singulariteam companies have a net worth of more than $1 billion, “this is a people’s game.”

UNCOVER ISRAEL - Get the ISRAEL21c
Weekly Edition free by email
Sign Up Now!
Bring Israel's story to life.
Millions of people around the world rely on us to gain a deeper understanding of Israel. We are the trusted source for original content you won't find anywhere else.
You can make a difference. Donate today to support journalism that brings Israel’s story alive.
SUPPORT ISRAEL21c
Read more on:   Web2Sport, fantasy league, Singulariteam, Mobli, Yo, Moshe Hogeg, Profiles, Tel Aviv, People, Technology