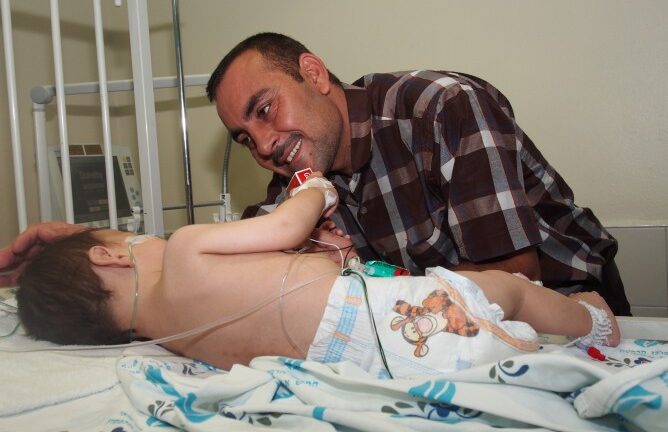 Wisam and his dad at Wolfson Medical Center. 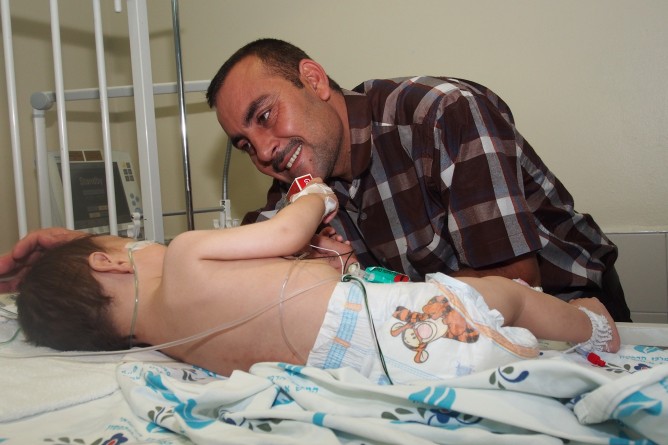 Wisam and his dad at Wolfson Medical Center.

Wisam was born in northern Iraq 17 months ago with life-threatening congenital heart disease. His family is one of 200,000 adherents of the Yazidi faith who have escaped to the mountains near their hometown of Sinjar under persecution by the Islamic State, the al-Qaeda terrorist group offshoot formerly known as ISIS.

Despite the tragedy playing out at home, Wisam’s father accepted an invitation to bring the toddler to Israel for free life-saving treatment at the Wolfson Medical Center in Holon through the Israeli humanitarian organization Save a Child’s Heart (SACH). The father and son arrived in June, and Wisam’s surgery was performed on July 10 by Dr. Lior Sasson.

Earlier this summer, SACH doctors performed free heart surgery on five ailing Palestinian children and admitted gravely ill children from the West Bank and from Gaza. A free weekly cardiology clinic for Palestinian children has continued to stay open even as Holon, along with the entire Tel Aviv area, has frequently endured air-raid sirens due to missile launches from Gaza.

About half the children admitted to Wolfson through SACH for free treatment come from the Palestinian Authority, Jordan, Iraq and Morocco.

A SACH spokeswoman said that Wisam’s father is staying at his recovering son’s bedside as he desperately waits to hear news about his wife and newborn twins.