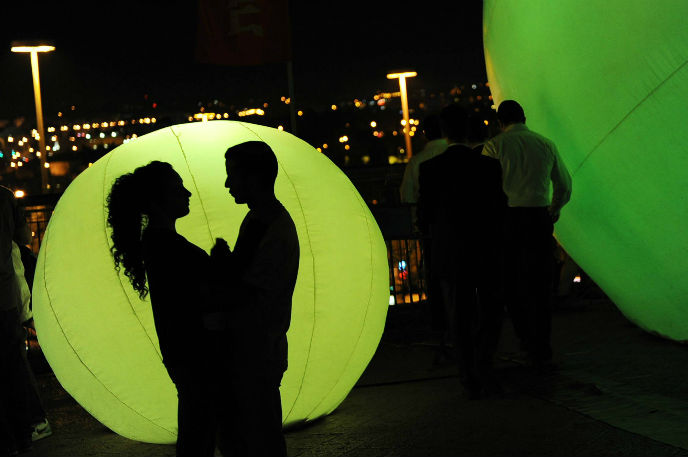 A collaborative study led by Prof. Gurit Birnbaum, head of the experimental psychology program at the Interdisciplinary Center (IDC) in Herzliya, indicates that women don’t find “responsiveness” in a man to be sexually appealing.

Published in July in the Personality and Social Psychology Bulletin, the research project involved three studies, one observational and two experimental.

In the first study, 56 pairs of men and women — single, heterosexual Israeli university students — discussed a problem in one of their lives. In the second and third studies, participants sent online chats about a life problem to someone they thought was a person of the opposite sex; in reality, they received an automated reply that was either responsive or unresponsive to their woes.

When participants rated their conversation partners for responsiveness, sexual attractiveness and how typical they seemed for their gender, on average the males labeled responsive women as more feminine and therefore more sexually attractive as a potential partner.

Yet the female participants were, on average, slightly less attracted to men who seemed more responsive, viewing such responsiveness as a feminine quality. They were more attracted to men they found masculine, meaning not necessarily very responsive.

“Responsiveness may signal to a potential partner that one is concerned with her or his welfare, and may therefore increase sexual interest in this person,” according to the report’s summary. “Research shows, however, that this proposition holds true for men, but not for women.”

Birnbaum and fellow researchers Tsachi Ein-Dor of IDC, Harry T. Reis of the University of Rochester (where Birnbaum did her post-doc after earning her PhD in psychology at Bar-Ilan University in 1998) and Noam Segal of the University of Illinois at Urbana-Champaign theorize that there may be a brain mechanism that could explain why men and women in their small sample displayed differing sexual reactions to a responsive opposite-sex stranger.

“Studies 1 and 2 showed that men, but not women, perceived a responsive stranger as more gender typical (masculine/feminine) and, in turn, as more attractive. Study 3 revealed that responsiveness increased men’s perception of [a] partner’s femininity. This, in turn, was associated with higher sexual arousal, which was, in turn, linked to greater partner attractiveness and greater desire for a long-term relationship,” they write.

“These findings suggest that whether responsiveness affects perceptions of partner attractiveness varies in individuals, depending on the contextually based meaning of responsiveness.”

They theorize that many women may rate responsiveness as a less important factor in determining a man’s masculinity and attractiveness.

“Men can be sexually appealing in various ways, which are not necessarily associated with expressions of intimacy, whereas women apparently have to be responsive to be appealing,” said Birnbaum.

But because not every woman in the study downplayed responsiveness as a typically male behavior, the researchers caution against drawing any wide-ranging conclusions.