Halloween is here and that means finding an original costume is at the top of the agenda. For many, buying a ready-made outfit takes the fun out of the holiday. Do-it-yourselfers prefer crafting creative costumes from what they already own.

That’s where Israel’s WiShi www.wishi.me crowd-styling fashion platform comes in. Although not specifically a Halloween or costume source, WiShi is the buzz of the day in DIY outfit ideas.

WiShi – an amalgamation of the words Wear It Share It — is an online social media platform that allows users to share their real closets and get styled by the community-at-large.

Think Million Dollar Shoppers – the TV series that brings viewers into the exclusive world of personal shopping – for ordinary Americans.

WiShi users upload photos of clothing from their closets and ask one another for styling ideas.

“We decided to start the company because we thought everyone deserves personal styling,” Lia Kislev, co-founder of WiShi, tells ISRAEL21c. “This is a destination where people are creating style.”

Co-founders Kislev and Hila Angel were caught off guard when WiShi users turned their site into “the” Halloween costume idea registry. But it makes sense.

“There are tons of styling questions for Halloween,” Kislev tells ISRAEL21c. “The most popular costume is Miley Cyrus from the MTV awards. People are also trying to dress like Katy Perry, characters from Sex in the City, and Disney characters like Little Mermaid, Minnie Mouse, Tinkerbell and witches.”

Before Halloween costuming took over the site, “the most common request for styling was for what to wear on a date,” says Kislev.

The site officially launched in beta mode in August 2013, and has already been named one of Business Insider’s 20 hottest startups in Israel 2013.

While fashion social media apps are ubiquitous, WiShi put a twist on the concept in that the clothes on a user’s profile really hang in their closet.

Kislev, 30, and Angel, 38, were hesitant that “not so many users would upload their closet” but were pleasantly surprised to find the opposite to be true.

It helps that they developed a unique ‘WiShi Cam’ technology that makes it easy for users to snap a photo of clothing, shoes or accessories and in a click upload the images automatically.

WiShi is now launching a partnership with Parsons-The New School for Design in New York. The teachers “see it as a tool for students to build styling portfolios,” says Kislev. 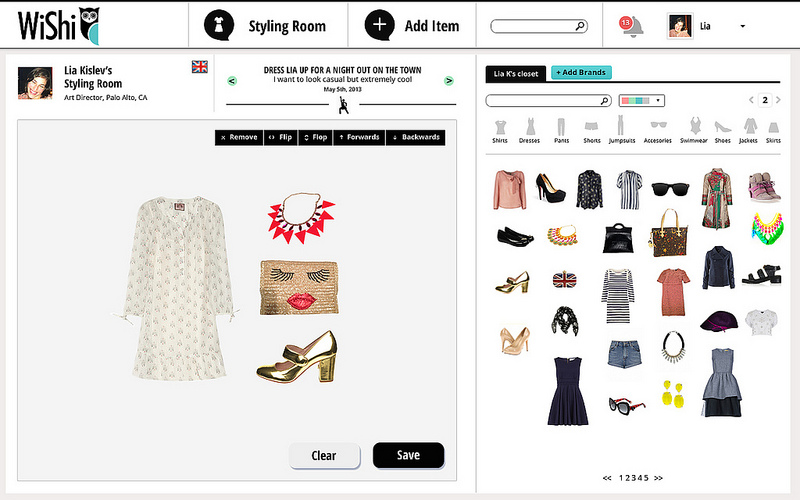 Kislev and Angel met when the former was working as a digital marketer for name brands and the latter was head of digital content at one of Israel’s main television channels.

“She was my customer,” says Kislev. “She initiated the company and said we should do it together.”

They set up a prototype for the Israeli audience to test the market. It took them over a year to research and develop the concept. Angel ended up giving birth to both her firstborn and to WiShi’s first incarnation on the same day, November 23, 2012.

The Israeli site was well received and the two young women – who had invested some $30,000 of their own money – decided it was time to move into the American market. They arrived at the Jerusalem Venture Partners accelerator with a detailed prototype, a website that was up and running and had attracted users. They were given $1.2 million in seed money.

Most Tel Aviv residents cannot fathom the drive up to Jerusalem on a daily basis, but Kislev says JVP is worth the hour-and-a-half traffic jams each way. “This venture capital fund is so well connected. We get so much exposure it is worth the driving,” she says. “Next up: Silicon Valley.” 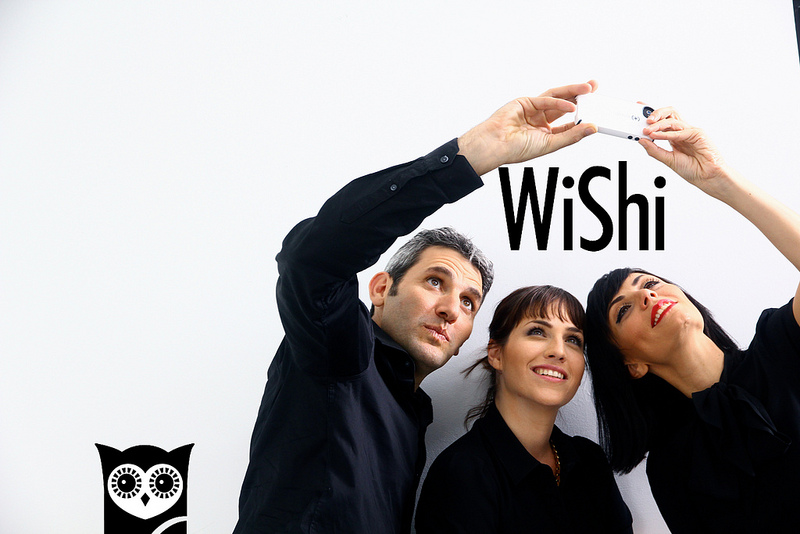 WiShi links the online fashion market with the social gaming field. On the one hand, it offers friends the fun gaming experience of dressing up one another. Through its social media platform, users also become valuable online customers for fashion brands.

When a WiShi user asks for online help in getting dressed for an event, friends on the site are first directed to her closet. If there’s an accessory or garment missing, WiShi lets users choose an item from more than 100 brands with catalogs on the WiShi site.

The online fashion market is the largest e-commerce market, according to Crunchbase, bringing in some $60 billion worldwide. And the social gaming market is one of the fastest growing online areas, worth $20 billion annually.

Kislev and Angel are now in talks with a big e-commerce site in the US to expand WiShi’s reach. They are also expanding the brands section. “In the near future, stylists from the brands will be on WiShi and help you buy their stuff,” says Kislev.

Stylists already use the site to keep tabs on fashion trends and engage with customers. So far, 80 percent of the users are women aged 22 to 26.

Almost all the WiShi staff are under 25, and “that’s the key to our success. We know how to socialize with our audience,” says Kislev.

The feedback has been very good.

“Getting an email from a young woman who says she has better styling since using our site is exactly what I hoped for,” says Kislev.

“We are the solution to all your nothing-to-wear days. We’re here to show you that your closet has endless possibilities.”