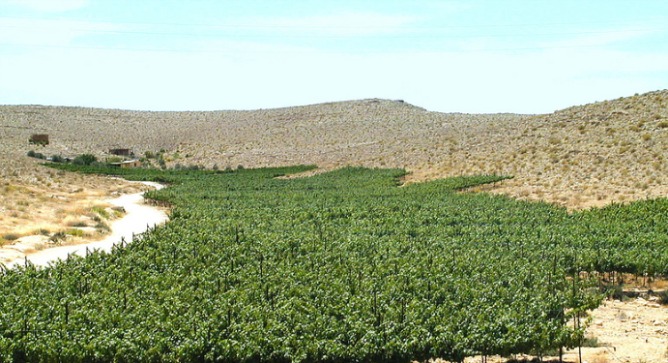 Hannah and Eyal Izrael founded Carmey Avdat, one of nine Israeli vineyards established along the path of the old wine and spice routes in the Negev Desert highlands. These farms have brought back to life ancient grape-growing terraces from a forgotten civilization.

“During our travels through the Negev, we came upon a hidden riverbed with remains of an ancient farm and vineyard. We instantly fell in love with the place and decided that we would establish our farm at the site, which had been a vineyard during the Nabatean period more than 2,000 years ago. We established the Carmey Avdat Farm there in 1998,” recounts Eyal Izrael.

They and eight other families were able to realize their dream of cultivating grapes and bottling wine with the help of the Wine Route Project of the Ramat Hanegev Regional Council, which provides the land and access to agricultural expertise.

Mother Nature helps, too: Wine grapes thrive on the winter flash floods in the Negev mountains, as well as the winter cold and summer dry heat.

“In ancient times, there were farms growing grapes for the wine industry in the city of Avdat, and there they found the remains of a winery and cellar,” Izrael tells ISRAEL21c.

“They’d harvest grapes in the nearby vineyard, put them on the backs of camels and bring them to Avdat, where they would stomp the grapes and store the juice in clay jars in big cellars underground to keep out the heat. They exported some to Europe and some to Petra, so this was actually a known wine region.”

The Izraels used to work for the Society for the Protection of Nature in Israel. After deciding to start a farm where they could also grow fruit and host guests in cabins they built, Eyal learned the art of winemaking at Ben Shoshan Winery on Kibbutz Bror Chayil and at the Soreq Winery in Tal Shachar. They began with Cabernet Sauvignon and Merlot grapes, harvested by hand.

“We are producing 6,000 bottles a year,” says Izrael. “We have also planted some Chardonnay, Petit Bordeaux, Vilana and Barbera grapes, and will start producing white wines this year for the first time.”

The Negev vintners meet periodically to share ideas about making a living off the land. In addition to Carmey Avdat, the wineries include Kadesh Barnea, Ashba, Rota, Sde Boker, Nana, Sdema, Rujum and Derech Erez. Visitors can tour and sample the wines individually, or all in one wine cellar at Boker Valley Vineyards Farm, run by Merlot grower Moshe Zohar. 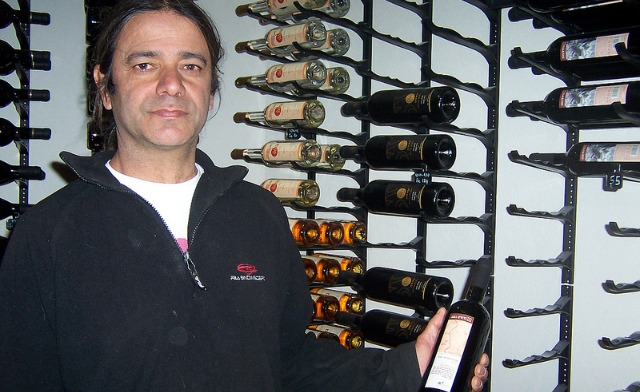 Moshe Zohar offers tastings of wines made in the Negev.

The Kadesh Barnea Winery, the largest in Ramat Hanegev, produces more than 80,000 bottles annually under the management of founder Alon Tzadok, and his wife, Nira. Their son Gilad handles sales and marketing, while their other son, Yogev, and his wife, Eden, are the winemakers. The couple studied winemaking in Florence, Italy.

Gilad Tzadok explains that Kadesh Barnea was established in 1997 at Moshav Kadesh Barnea, a bit west of the Wine Route. “My father wanted to see how the grapes would adjust to the desert heat. He produced 1,000 bottles and everybody liked it.”

For a few years, Alon Tzadok sold much of his crop to Barkan Wine Cellars, the second-largest winery in Israel, but beginning in 2003 the business stayed on the farm. At that point, Kadesh Barnea became kosher (meaning that the entire process is handled by religious Jewish employees) because kosher wines find a larger domestic and international market. 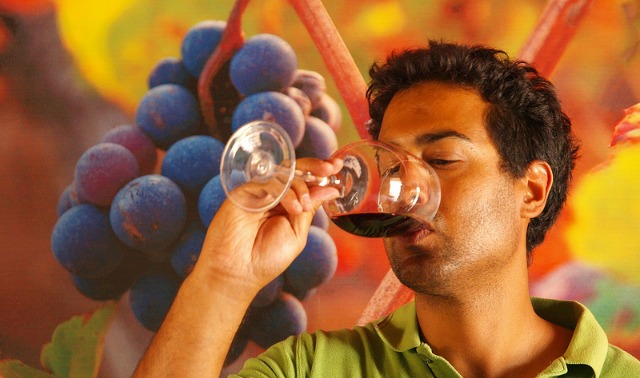 They press their own grapes and others from area farms, producing varietals including Petit Verdot, Shiraz, Cabernet Sauvignon, Cabernet Franc, Mourvèdre, Sauvignon Blanc and Chardonnay. “All the grapes are from the desert because that’s what we believe in,” says Tzadok.

The wines are sold in the United States, and exports probably will be expanded to France and England.

This year, Kadesh Barnea planted five acres of wine grapes at Desert Shanti House Youth Village, a therapeutic refuge in Ramat Hanegev for teenage runaways. The youth village will receive all the profits from the sale of the grapes.

California winemaker in the Negev

Zvi Remak was born and raised in the San Francisco Bay Area, earned a degree in agronomy from California State Polytechnic University, and moved to Israel’s Kibbutz Sde Boker – the retirement home of first Prime Minister David Ben-Gurion — in 1980. For 13 years, he tended the fruit orchards.

“Sde Boker was based on agriculture for many years, but in the early 1990s the price of fruit had really dropped and there was an idea to try growing wine grapes in the brackish water we have in the area,” Remak tells ISRAEL21c.

“That gave me the idea of making wine, mainly because I’ve seen that the people who make the money are those who sell the final product. I wanted my four daughters to meet my family in California anyway, and it worked out to be the right time for a sabbatical. We lived in Napa Valley for a year and I studied winemaking at a local college.”

The first bottles from Sde Boker Winery were produced in 2000. Today the kibbutz grows Cabernet Sauvignon, Merlot and Zinfandel grapes. 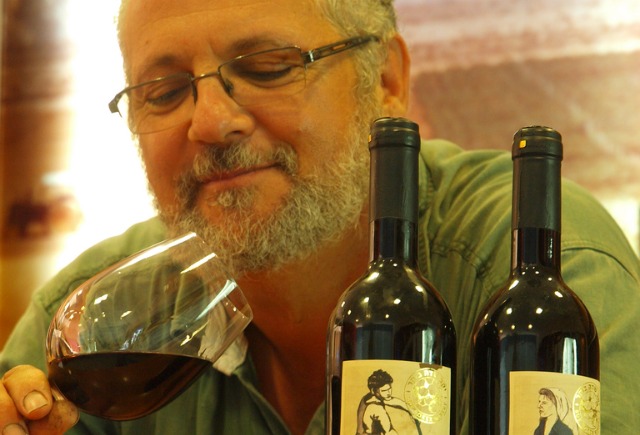 “The brackish water experiment did not work, so we use freshwater,” Remak says. At the region’s agricultural R&D center, agronomists continue attempting to find a way to use the abundant and less expensive salty water for wine grapes, in cooperation with the nine area growers.

Remak remains the winemaker and is in charge of the vineyard. He does not work in the winery itself, which became kosher in 2011.

“We make a few thousand bottles a year,” he says. “I realized I wasn’t the first person to make wine in the area, and that was exciting, though it was difficult to start something new on a kibbutz especially when the wine industry was less developed. Everyplace has its own qualities and that’s what makes wine interesting.”