This logistics vehicle in Atlanta can be steered by a Phantom Auto remote operator. Photo courtesy of Phantom Auto

Phantom Auto was all set to shake up the world of self-driving cars.

The company, co-founded by Shai Magzimof, Ohad Dvir and Elliot Katz with headquarters in Silicon Valley and R&D in Tel Aviv, had identified a serious problem for the future of autonomous vehicles – if something went wrong, who would take the wheel? What if there wasn’t even a wheel to take?

Phantom Auto’s solution: tele-operation, a call center for self-driving cars, where a remote operator can take control of the vehicle and drive it through any tricky situation.

“Ten million self-driving cars will be on the road by 2020,” blared a Business Insider headline. General Motors, Google’s Waymo, Toyota and Honda also pegged 2020 as the target. Elon Musk forecast that Tesla would have a critical mass of autonomous vehicles as early as 2018.

But it turned out that mass-market autonomous vehicles were not ready for prime time.

The biggest issue was safety. Artificial intelligence made great strides during the 2010s, but not enough to ensure that a driver-less car could handle any situation. Collecting the data needed to “train” the AI has been painstaking and expensive.

Without cars on the road, Phantom Auto had no business. So it pivoted.

The company is still developing tele-operation systems for self-driving vehicles — not cars, but low-speed delivery robots, forklifts and “yard trucks” that move palettes and materials around inside a logistics facility or distribution center. The pivot has paid off. Phantom Auto discovered a booming business and signed up a dozen paying customers in the United States and Europe.

“We wanted to build a business that’s creating revenue today and not just waiting for the market to be ready in a few years,” Phantom Auto Chief Operating Officer Ohad Dvir tells ISRAEL21c.

Where can you see Phantom Auto in action?

In startup-centric neighborhoods in Silicon Valley, San Francisco and Los Angeles, you will likely see a small black and yellow robot from Uber-owned delivery company Postmates tooling around the sidewalks, shuttling short-range meal drop-offs from local restaurants. If the robot encounters a blocked sidewalk or unexpected road construction, it just stops.

Postmates turned to Phantom Auto. Equipped with Phantom’s tele-operation software and by using the cameras and sensors already installed on the robot (no fancy radar or Lidar required), an operator anywhere can guide the robot around the obstacle to continue its journey. A single operator can handle several robots at the same time.

The operator, sitting in front of up to five monitors, can also open the robot’s lid remotely, so the recipient doesn’t have to touch anything – an increasingly important benefit in the age of Covid-19 and social distancing. Phantom Auto remote operators can monitor up to five monitors at once. Photo courtesy of Phantom Auto

Savings in costs and personnel

Phantom Auto has applied the same approach to distribution centers and warehouses.

AI-operated forklifts handle most of the heavy lifting without human intervention. But if a forklift gets stuck – what the industry refers to as an “edge case” – a Phantom Auto operator takes control.

Ditto for yard trucks transporting larger palettes and offloading equipment within a facility. A truck’s sensors can get confused if they’re too close to the side of a building, for example. A remote operator can step in to sort it out. 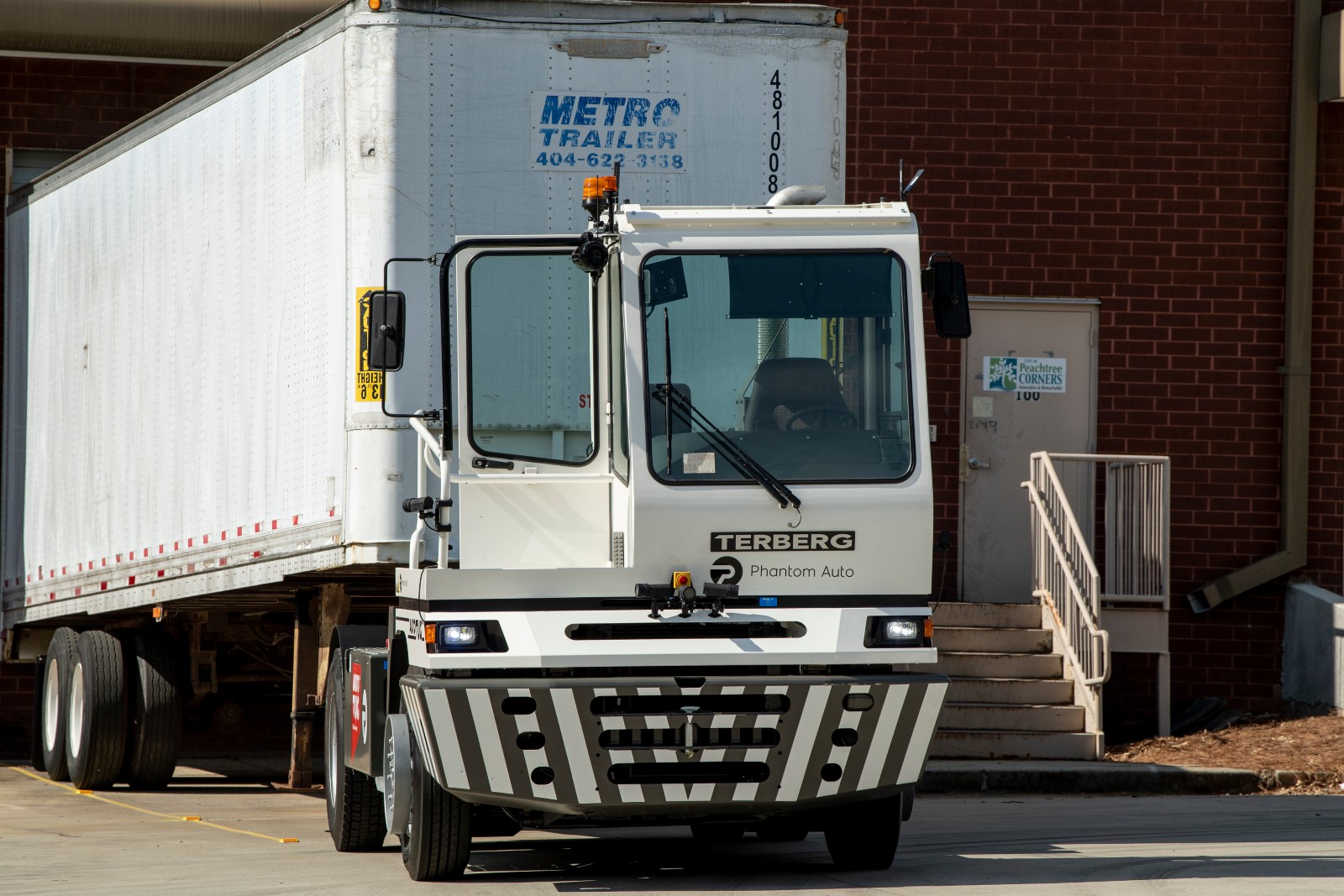 Forklifts also sometimes have a limit on how high they are authorized to lift a palette autonomously – another opportunity for human intervention.

AI and tele-operation in warehouses can save money, Dvir explains, and can address a shortage of drivers who can operate heavy vehicles; remote operators could be easier to attract than entry-level forklift drivers.

Phantom Auto doesn’t employ operators for its customers. “We train our customers to be their own operators,” Dvir says. After all, a company like Amazon or Walmart doesn’t want external operators to learn the proprietary goings-on inside their warehouses. 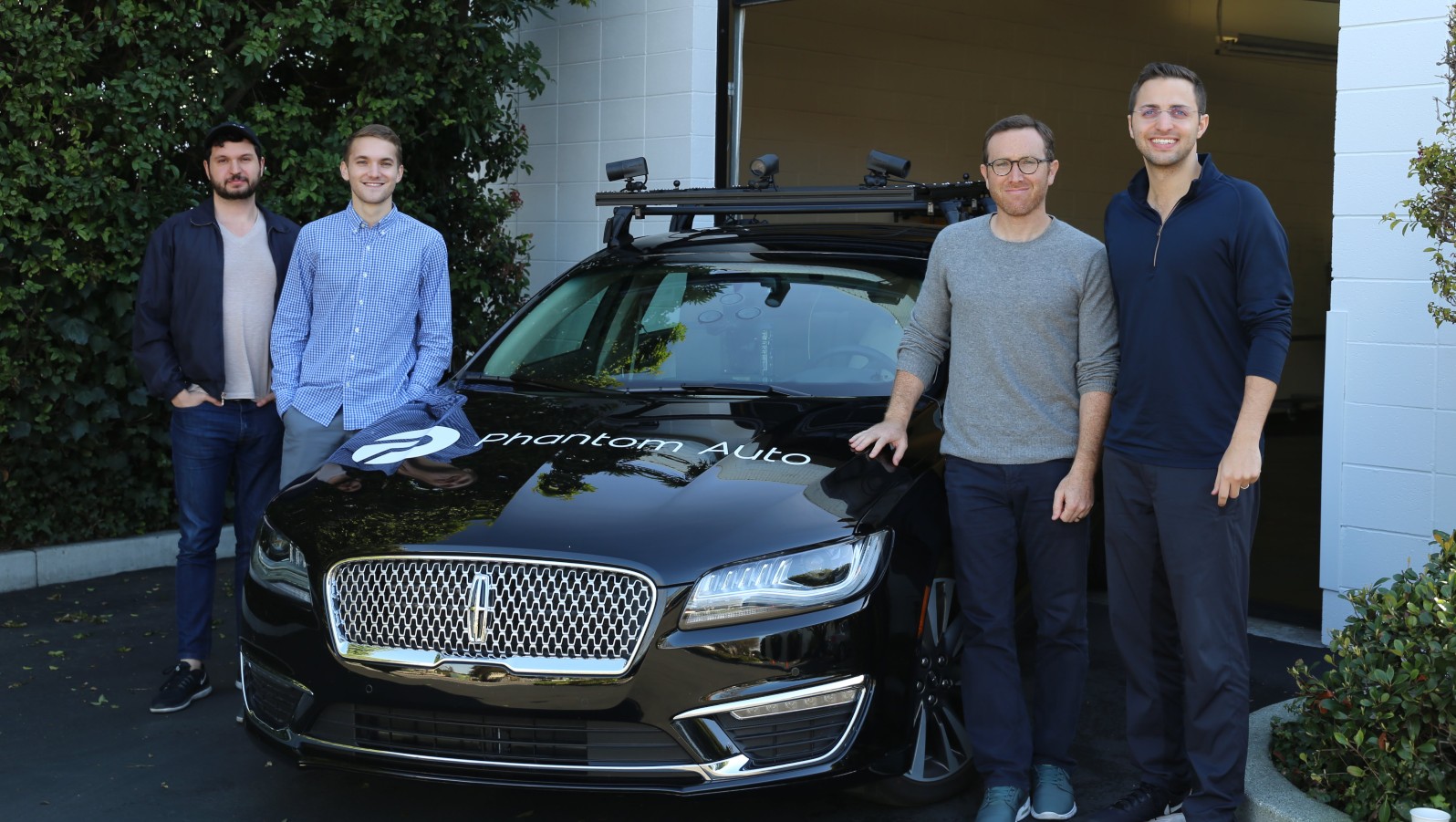 Another advantage is in human resources. No matter where the warehouse is located, the remote staff could be sitting in a lower-cost or more convenient location, including at home.

“The demand has grown during Covid-19 because companies want to make sure that all of their operations and supply chain continue as usual with minimal interruption,” Dvir adds.

For some warehouses, fully autonomous vehicles might be too expensive, in which case “getting started with just a tele-operation system will save them a lot of money,” Dvir says.

For others, it’s more about “paying for stuff that works. Autonomy doesn’t work yet. We’re offering something that is deployable today.”

A concern has been raised, whether for self-driving cars, delivery robots or warehouse vehicles, that a terrorist might hack into the system and use a tele-operated vehicle to kill people.

“This is one of the main challenges we are solving,” Dvir says, adding proudly, “We’re located in Israel, the capital of cybersecurity.”

Because Phantom Auto uses the same sometimes spotty cellular networks we all do, Phantom seamlessly switches between different cellular services, so that if one goes down, another will still be active.

Phantom Auto’s other security techniques include encrypting communication and automatically shutting down vehicles should they lose access to a reliable communications signal.

The market Phantom Auto has set upon is small – Dvir estimates less than 20% of forklifts and yard trucks are autonomous today, delivery robots even less – but growing.

Dvir knows competition is coming. “I assume Waymo and GM and other big players are developing technology in house. They’ll need some sort of tele-operation to overcome the same kinds of edge cases.”

We asked Dvir whether he felt any disappointment that his company had moved from city streets to factory floors. He points to his previous work at Israel Aerospace Industries, where he developed autonomous vehicles for the military.

“I’m in this industry for 15 years now and every new product is still exciting for me. Each time, it’s like I’m seeing it for the first time.”