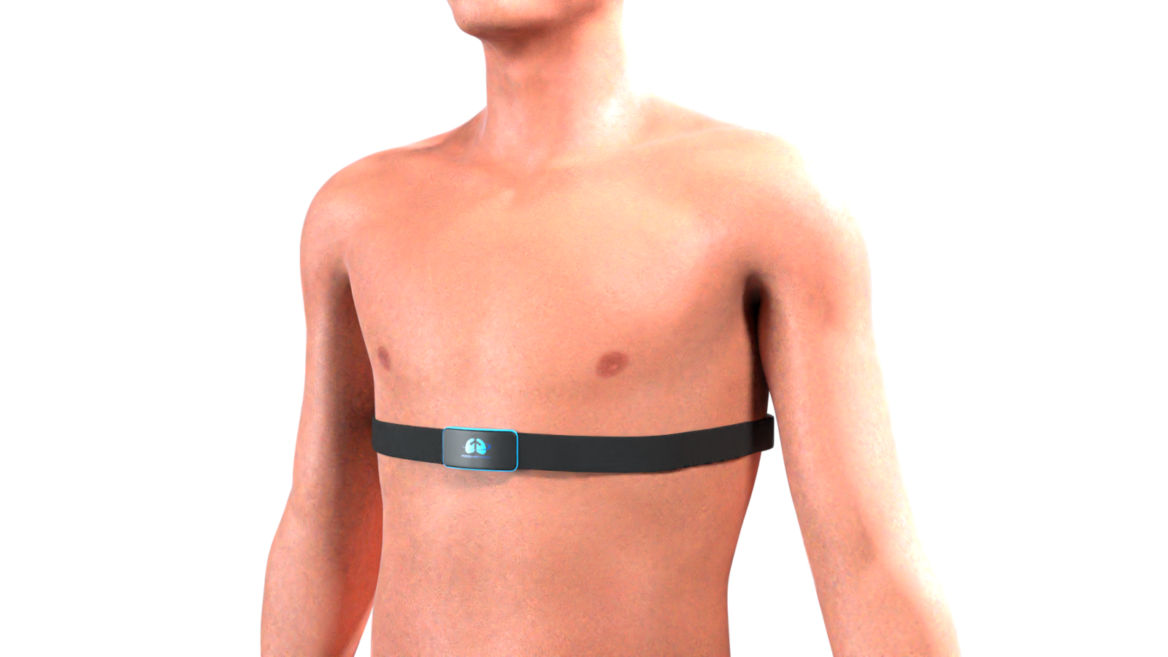 A soon-to-be-commercialized Israeli wearable health device could take a big dent out of the staggering number of rehospitalizations for chronic obstructive pulmonary disease (COPD).

The portable respiratory monitoring system under development by Resmetrix Medical continuously and accurately monitors, records and analyzes breathing patterns measured from a unique chest strap. It sends alerts for early signs of deterioration in a patient’s clinical condition.

The system could be used as a platform for managing any respiratory disease, including asthma. But the initial focus is COPD “because it’s a huge burden and a huge market,” explains CEO Carmit Levy, a biomedical engineer with a PhD from the Technion-Israel Institute of Technology.

Globally, about 250 million people have COPD, suffering from long-term breathing problems and poor airflow. More than 16 million Americans have COPD, making it the fourth leading cause of death in the United States.

“The main issue is that the cost of COPD annually in the US is $50 billion,” says Levy. “Twenty percent of COPD patients who get hospitalized get readmitted within 30 days after discharge. Insurance companies impose a penalty on hospitals for these readmitted patients. So, there is a big incentive for hospitals to monitor them after discharge. This is exactly our point of entry.”

“We are measuring the respiratory pattern and calculating respiratory rate and changes in tidal volume,” says Levy.

Tidal volume is the amount of air breathed in and out by the lungs. Normally, this volume is measured with a spirometer and can’t be done continuously.

“We also have sensors in the chest strap to measure the patient’s activity and position, so we know what the patient is doing while being monitored,” says Levy.

The patient doesn’t have to do anything but put on the device. The collected data is transmitted securely over the cloud, via the chest strap, to a dedicated smartphone app.

“In the app, an algorithm analyzes the patient’s respiratory pattern and a unique AI algorithm predicts when the patient is starting to deteriorate and sends an alarm. That way, the patient will know to start treatment or, if the change is severe, to call the doctor,” Levy tells ISRAEL21c. 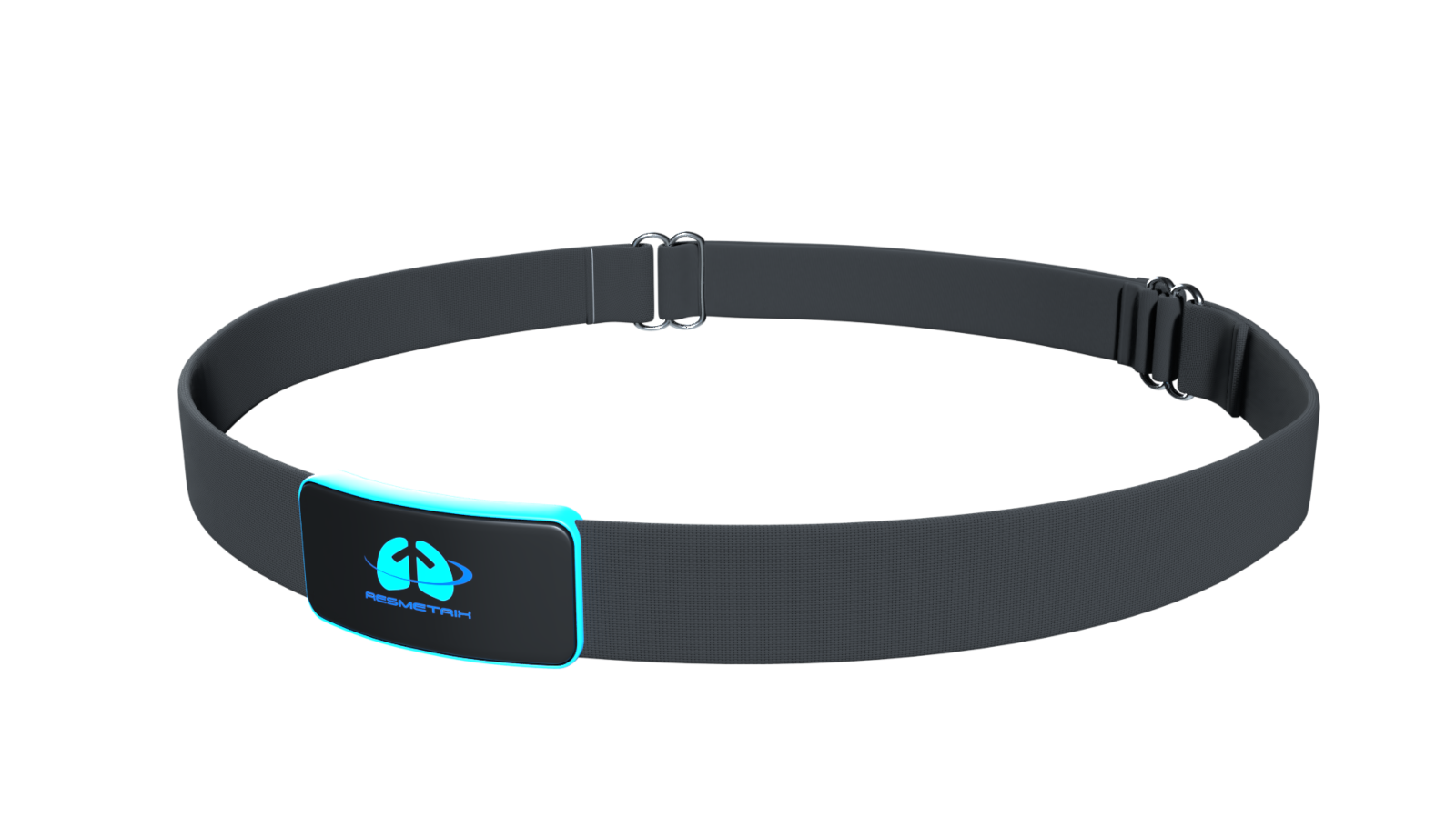 Resmetrix was founded two years ago by Levy with the two inventors of the device: Dr. Ari DeRowe, a serial medical device inventor and head of pediatric otolaryngology at Tel Aviv Sourasky Medical Center; and Zvi Reznic, who has a PhD in electrical engineering and a long string of patents to his credit.

The startup is a portfolio company of the MindUp digital-health incubator, a partnership of Medtronic, IBM, Pitango and Rambam Health Care Campus, a medical center in Haifa.

The goal is to monitor COPD patients adequately outside the hospital. Watches and patches that measure blood oxygen and respiratory rate, respectively, are not enough, Levy says.

“Because the Resmetrix strap is wearable and wireless, you wear it under your shirt and can walk around with it, and it accurately monitors your breathing.”

The prototype developed at MindUp was tested for feasibility in pediatric asthma patients at Rambam.

Levy says the study showed “a high correlation between our measurement of chest circumference versus tidal volume measured by spirometer. The results also indicate that we could potentially predict the early signs of asthma exacerbation, with high correlation to lung-function tests.”

The results from 18 patients in that feasibility study were submitted to the American Thoracic Society’s national conference.

That event brought the Israeli startup to the attention of med-tech investors and companies, kicking off Resmetrix’s present funding round.

Now, Resmetrix’s team of five is further developing the system and planning a US and European pilot study on COPD patients to start within a year. Participants will be monitored in the hospital and then for two months after discharge.

If FDA and CE approvals are granted, “we plan to reach the market within a year and a half to two years from now,” says Levy.